3D printing is growing both in the areas of industry and as a hobby. Many tabletop gaming players dream of getting a 3D printer and printing up all the models they’ve always wanted.

While that may be possible for some, most 3D printing hobbyists can’t afford to by the level of printer that it takes to print models for games like BattleTech. Most of the 3D printers available to consumers are not suited for that kind of detailed printing. That’s not to say that these printers aren’t capable of some amazing things, but usually models in the BattleTech game scale are not something they can handle.

So what kinds of things can consumer level 3D printers do? In the roughly six months that I’ve been into the 3D printing hobby, I’ve printed some pretty cool stuff. Statues, terrain, Pokemon, and more. There are a ton of things to do with a 3D printer if you take the time to learn how they work. I don’t know near everything about 3D printing, and I’m having a great time with it. 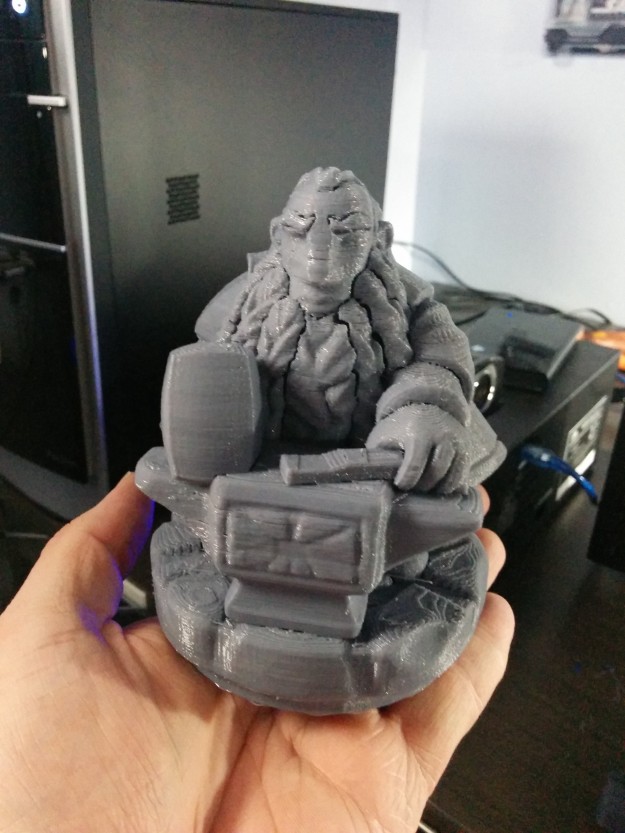 This dwarf statue is but one example of what you can make with a 3D printer.

A couple of weeks ago, I was browsing through Thingiverse, which is an amazing website full of free 3D printable files that creators have uploaded to the website to share with the community.

As I was browsing I found the page of creator LordNova2 who had shared a couple of really cool MechWarrior and BattleTech related designs. Among those designs was a Clan Ghost Bear medallion. Being a Ghost Bear at heart, I had to download it right away.

And then, I completely forgot about it, until a few nights ago.

One of my 3D printers (I have two) had just come off a big project I was working on, and I decided to print something fun. I thought I would share the process that followed my decision. 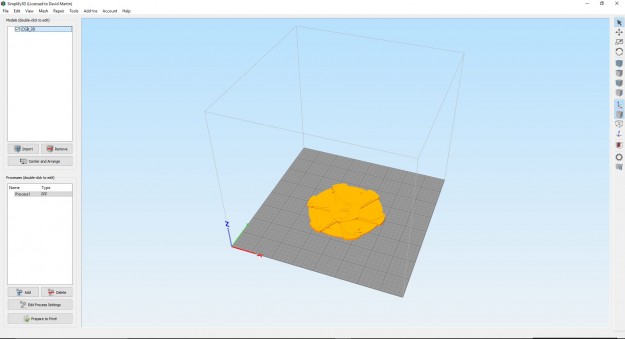 A slicing program takes a 3D image and loads into an environment where it can be manipulated, checked, and prepared for printing. 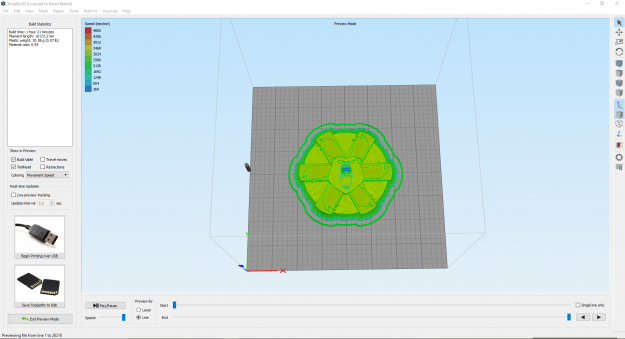 The print preview shows things like the lines and layers that the printer will use to print the object as well as estimated print time and even filament cost if the information is provided. 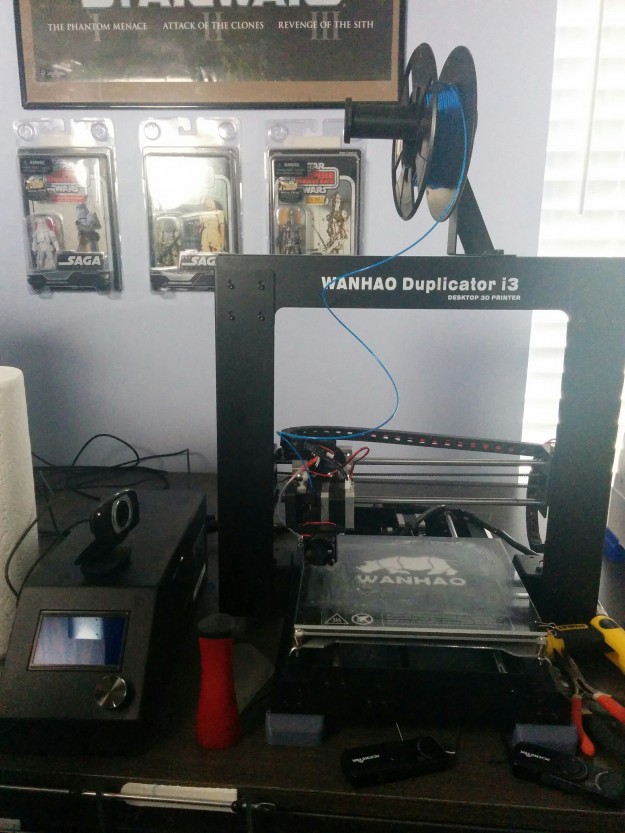 This is my trusty Wanhao i3. It’s logged over 27 days of print time in the four months that I’ve had it. It’s a workhorse and very reliable. 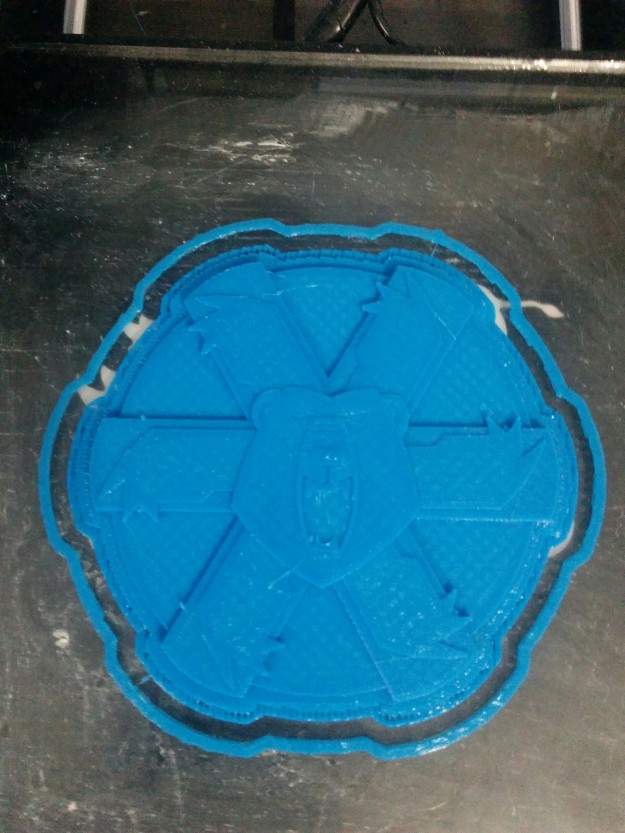 The 3D printed Clan Ghost Bear medallion was waiting for me.

3D printing tip: I used some sandpaper on the bottom side of the medallion to smooth it out a bit after clipping off the raft section. It is possible to print without a raft to avoid this step, but I didn’t want to risk the medallion warping. 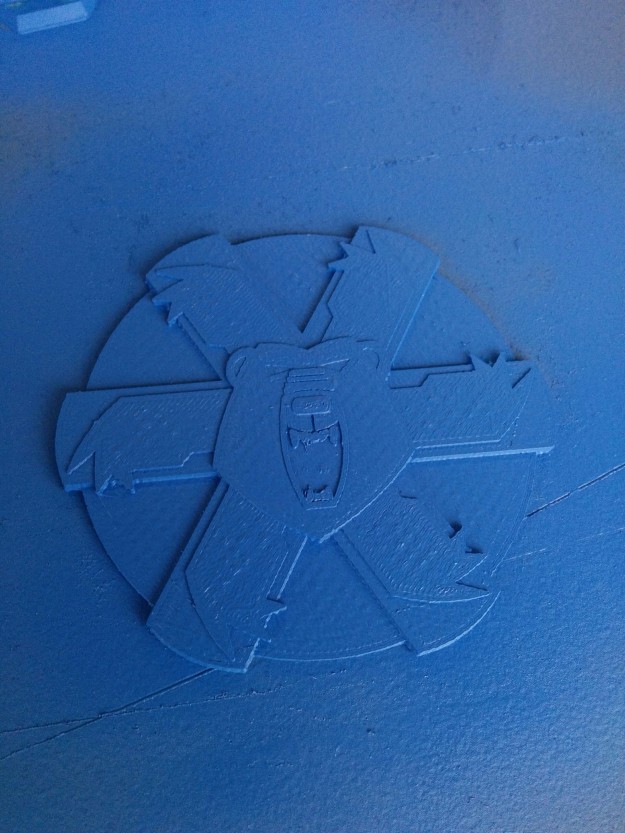 It went from blue to, um, blue-er. 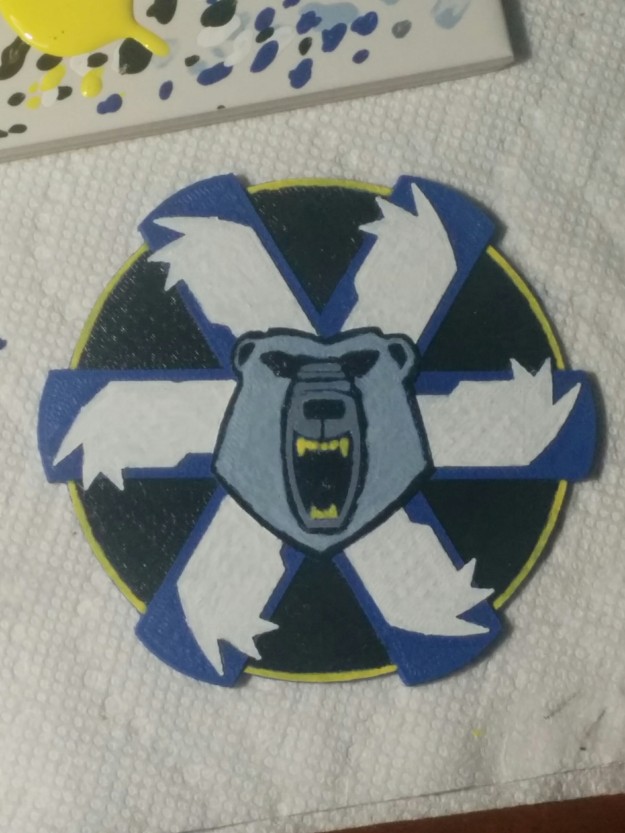 Despite the painting not taking long, I started late in the day, so it was even later in the day (maybe it was the next day?) when I finished. 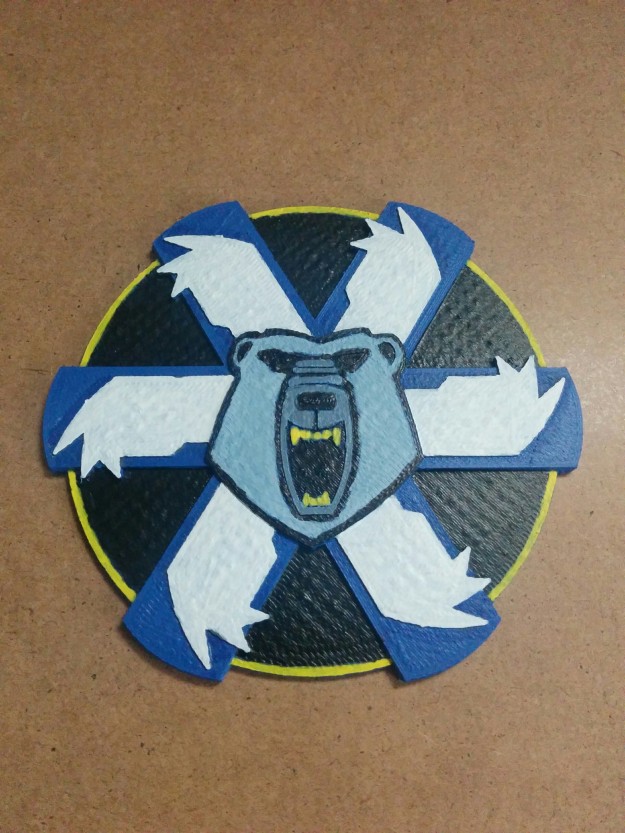 Time to go invade something.

This project was fun and took relatively little time, about 5 hours total, including print time.

I highly recommend 3D printing as a hobby for many reasons, as I have found it rewarding and time well spent. It is a challenging hobby, but is also full of fun and treasures (that you can print!).

If you have any questions about 3D printing or about the Ghost Bear medallion, feel free to post them in the comments, and I’ll do my best to answer them.