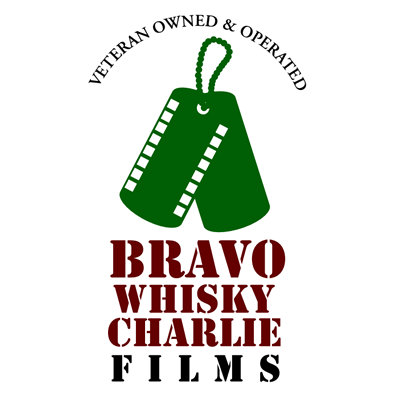 You have an impressive background. Would you care to share the details with the readers of Sarna?

Thank you for saying so, but I wouldn’t call my background impressive, just that “I managed to do a lot of really neat things.” I spent about ten years in the US Army, and then roughly a year, accumulative time, of private military contractor work. Since this is Sarna, we can say that’s a kinder gentler term for mercenary. After that I became a video game developer, and now I make indie films… on low budgets. Haha.

How has your life intersected with BattleTech, and how has it changed or influenced your life?

I first saw BattleTech back in the early 90s when I was going through stuff at a comic book shop. I later got my first couple of TROs in the mid-90s just around the time that I joined the Army, but still didn’t know what BattleTech was. I didn’t hear anything out of it until I picked up MechWarrior 2 whilst stationed out in Monterey, CA in 1999. One of my buddies squared me away and introduced me to BattleTech but I still didn’t play my first tabletop game until around 2006, courtesy of another Army buddy. I became hooked, and later I joined the Battlecorps website where I started writing for the Battle Corps Regiment (I am now the AGM there, known as Freaktrain). I wouldn’t say that BattleTech has changed my life, per se, but it definitely influenced it; I have been writing since I was in 4th grade, and all the writing I do for the Regiment is helping me become a better writer. Taking an active role in writing there has given me a lot of new knowledge and introduced me to a lot of great people who have become steadfast friends.

Talking about one of your current projects, a BattleTech-based fan film, would you care to give us a few details regarding the project? How did the idea start and where did it go from there?

The BattleTech fan film came about a few years ago when I first got into indie film because nobody’s made a good mecha film, but I couldn’t figure out how to make things work the way I wanted without it being crappy. I’d see YouTube videos that people had done, like the DAVE school film. I would consider it unprofessional to remark on those videos, except to say that obviously I want to do better. I can’t really do CGI, not good at 3D modeling or anything. We were going to mesh footage from MWO with live-action footage but back then, MWO wasn’t the way it is now. So I held off on making this film until now. Originally I wanted to film pilots in a Tesla II cockpit with a buddy of mine that owns the Airlock out in Seattle, but we couldn’t make that happen. So I wrote this script and now that I’ve gotten a decent foot in the door in the local indie film industry here in Atlanta, and I’ve taken the plunge.

The film is called BattleTech: Mercenaries. Originally we called it Havoc Battalion but that’s just a huge mouthful for anyone to say, plus half the people who auditioned kept saying Battle Lion. It originally focused just on a lance, and we were going to pretend it was like 3025, which is the kind of feel I get from in-game usage when ‘Mechs and units were smaller and not as big as, say, 3070 when you’ve got armies of them. I expanded the script when MechWarrior Online got a full green light and they really started cranking out maps and ‘Mechs. Something else that happened for me to make that decision was that I had some really talented people audition, people that I’d worked with in films before. I was talking to Corinne Chooey, who played Ambassador Yi in the MechCommander 2 video game cinematics, and she wanted to do it but we’re not a SAG film so she couldn’t. We’ve also got a special surprise for old-school MechWarrior game enthusiasts. I don’t want to reveal that surprise until the trailer is ready, which hopefully will be in a few weeks.

How excited are the cast and crew to participate in your project? Have there been any interesting or funny behind the scenes moments in development or production that you would care to share?

My cast is really excited to do this film. Some of my actors are very familiar with either MechWarrior video games or BattleTech or both. I have a number of military veterans on my cast and crew, and BattleTech is the kind of game that enlisted guys would play in the barracks. I played some MechWarrior Online footage for the other guys to initiate them into Big Stompies, and when I did I was very careful to watch their reaction. I don’t want a lot of pretentious people on my set; I’m a huge nerd and I’m very protective of nerd culture. The overwhelming reaction when I would play some of Piranha’s cinematic videos was just this eyes-wide jaw-dropped look, like “Oh my God this is so awesome, my character drives that thing?”

My crew is pretty small, by necessity. I’m very hands-on on my set and I tend to do the work of six people because I hate standing there looking at stuff going on and feeling like “I’m not pulling my weight.” So among the crew, I’d say I’m both excited for the project but also very, very wary. I know how poorly received some meta-elements of BattleTech and MechWarrior Online are, specifically relating to some of the past decisions or companies. I’m also painfully aware of how vicious YouTube commenters are, and I know how rabid fans can be. I hesitate to say fanboy because I consider myself one. I’m a canon purist. I’ve been promoting the film on a BattleTech Facebook group and I’ve had some pretty snippy comments from people. I ignore it and try to stay professional, but deep down inside I’m like, “God I hope these guys really like what I’m about to unleash.”

As far as behind the scenes development, with regards to funny incidents, there aren’t really any that stand out yet besides that whole Battle Lions thing, which became an inside joke and I wrote it into the script as one of the units you’ll see in the film. We just shot a trailer at the beginning of May and I’m still editing it. We’re working hard on props, costumes, CGI test footage, getting locations for the film, and my “second unit” is hard at work in MWO trying to script the cinematic footage for the film. I am a fan of blooper reels though, so I’ll be releasing some of that as the Bravo Whisky Charlie Films Facebook page gets higher numbers of likes, hint hint guys.

Actually, correction, I do have a funny incident. When we shot the trailer, I ended up shooting it in my house because I was on a time crunch with a film shoot later that day for a different film, and I needed to get everyone sized for their wardrobe at the same time. So we’re setting up in my dining room and some of my cast members are decked out in flight suits with helmets, vests, and prop sidearms when they decide “hey smoke break”. I live in a suburb on a cul-de-sac, and one of my neighbors is this weird guy who likes to stand at the end of his driveway and stare. So there’s like six people out there standing around, and this guy gets freaked out I guess, and he goes and calls the cops. Fortunately I know some of the officers because they’ve done set security or they’ve been extras. They were pretty relaxed about it. I can see how that could have turned out badly so we’re being more careful moving forward and I’ve got a guy on-set as my security, and he’s a local sheriff.

Going back to BattleTech for a moment, are there any moments that you have experienced in the game or within the fiction that you wanted to recreate or expand on?

Game or fiction moments that I want to recreate, God yes. There’s so much amazing fiction out there. Unfortunately, because I’m basically paying out of pocket to do all of this, the likelihood of that is slim to nil. I’ve reached out to Piranha Games and Catalyst, through friendships that I developed as a gamer, game developer, and Facebook friend. I’m hoping to generate enough buzz and publicity (with a good film) that people will maybe start a petition or drive or something to get us the opportunity to keep going. I would absolutely love to do more with this universe. Maybe Topps will say “Here’s some money, make us proud!”

That’s also a problem, the amount of stuff that has been written. Where do you start? I mean, of course I want to appeal to hardcore fans of both the games and the novels, but we also have a lot of people who aren’t familiar with the property that will watch this. Where do we begin? I had this discussion on Facebook. I think it’s easiest to create a fictitious unit and go from there. But in a perfect world, I’d do something with the Clan invasion or maybe the Word of Blake, the two ultimate bogeymen. I’d also like to incorporate armor, infantry, AeroSpace, etc… Originally we thought about trying to use MechWarrior Living Legends because that game had some of that, but getting twenty-four people to pay for all the stuff they would need to make that happen wasn’t in the cards.

Dealing with the subject matter of big stompy robots, how challenging has the technical aspects of getting them into the film been? Anything that you haven’t foreseen happen?

Dealing with big stompy robots has been pretty easy, to a point. We’re meshing MechWarrior Online with the live-action stuff, where we’ll be cutting back and forth between live-action shots of the pilots in a cockpit and the ‘Mech action, or we’ll overlay some of the pilots onto the screen as the action unfolds, sort of like what they did in MechCommander 2 for example. We’re using MWO because A) I can’t afford to hire an army of CGI gurus, and B) as a nod to the duality of BattleTech and MechWarrior. Initially it was tough because we were just using first-person mode with the HUD off and scrolling all the way in, but you could hear the engine hum and see some panels. PGI came through for us and gave us spectator free-cam, so that’s really made a difference. We’ve got some really good shots and I hope people are pleased.

Sounds pretty amazing! Our thanks again to Tim for taking the time out of his busy day to answer our questions and get us hyped. We can’t wait for the final product!