This year, my local BattleTech group is trying out something new. Instead of just simply getting together for games once in a while, we decided that we wanted to make our games count for something.

The collaborative effort that came out of our many emails on the topic birthed the 2016 Leader Board Season.

We decided that the group would be able to meet 1-2 times a month between two locations, and that each player who wants to participate in the Leader Board should concentrate on a specific faction for the whole of the season. In this way, it feels a bit like a relaxed league that tracks a few more stats than just wins and losses. 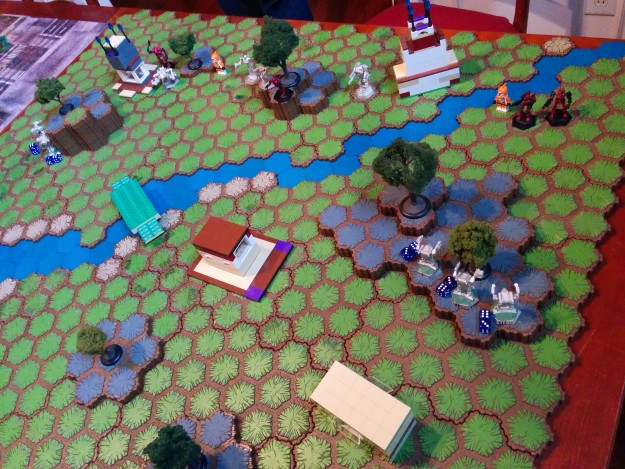 And speaking of those stats, let’s go over what all we’re tracking and why.

Games Played, Wins, and Losses – The basic stats, from which most of the other stats will be derived. Beyond being a rough estimate of who wins most often, it pretty much just shows which of us show up most often.

Win % – One of the four primary stats we are tracking. It’s not about how often you play, it’s about how often you win when you do play. This is one of the stats that will award a trophy to the highest scorer at the end of the 2016 season, also granting to the recipient the title, “The Victor.”

Scenario Victory % – This stat is important for any group that wants to get beyond the “line up and kill each other” style of game play. Each time we meet for a Leader Board round of games, a scenario that includes alternate win conditions to just killing the enemy will be selected ahead of time. While it will always be possible to win through the Forced Withdrawal rule and by wiping your opponent’s forces off the board, adding in scenario objectives adds a tactical level to the games that we all decided would be a good thing and add to the depth of play. The winner of this trophy also gets the title, “The Tactician.” 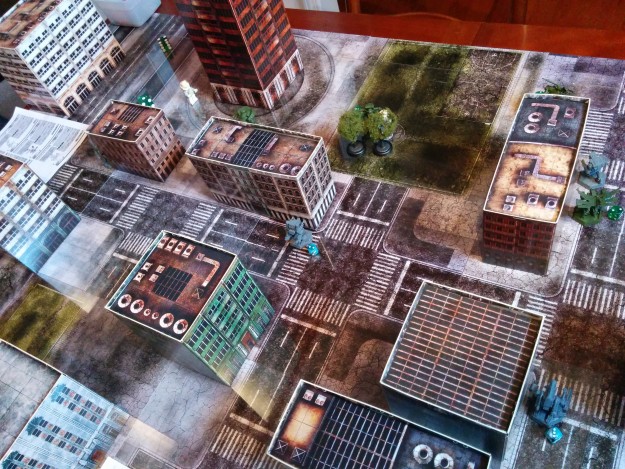 Kill Score – Using the Basic Kill Scoring Table, found on page 159 of Alpha Strike: Companion, we will also be tracking how much sheer damage and destruction is caused over the course of the season. The winner of this trophy will earn the title, “The Destroyer.”

Units Painted – The hobby side of the aspect is an important facet to the game, and we wanted the Leader Board to reflect that. As the only non-game dependent stat, we felt it was important to track and honor the hobby efforts of the group as we grow our armies and progress throughout the year. The winner of this trophy will earn the title, “The Maker.”

We still have to have a little discussion about the requirements for winning some of the awards in order to set a minimum number of games that have to be played in order to qualify. This ensures that we are all kept honest and don’t sit on a good stat halfway through the year, mitigating the risk of falling in the rankings.

Truthfully, I do not fear that anyone in the group would do this, but it’s still a good idea to have rules like that in place.

Week 1 took place on Saturday, January 16. Four of us were able to make it, and a total of three games were played due to one of us having to leave early. I remembered to snap a few pictures of the games, something at which I need to get better. Our Week 1 scenario was a basic scenario that was outlined in the Alpha Strike book that included two objective markers on each side of the board, with each side attempting to capture the objectives on the opposite side.

For now, all games are at 250 PV. The only restriction we have placed on force rosters is that each force can only have a maximum of two (2) units at Skill: 2 and a maximum of one (1) unit at Skill: 1, with the total maximum number of units at either Skill: 1 or Skill: 2 capped at two (2) units.

I don’t have the rosters for all four of us, something I might fix in future Leader Board reports, but I’ll briefly explain the lists used below. Mercenaries – The Merc player went with a “quantity over quality” approach and fielded two full Lances of BattleMechs all at Skill: 4. The force overall stressed maneuverability, with half or more of the units sporting jump jets.

Clan Snow Raven – This force was the only one of the day with an Aerospace presence, in the form of one heavy fighter. The ground force was a full Star of Medium weight OmniMechs, all of at least Striker speed. All units were Skill: 3. Clan Jade Falcon – The Jade Falcon force was a full Star of BattleMechs, featuring several Omni designs, that ranged from Medium to Assault. The force overall was sturdy, packing a huge heavy hitter in its Turkina Assault OmniMech, and had several jump capable units. The force featured mixed Skill: 3 and Skill: 2 units. In the first two games, Clan Ghost Bear won a Scenario Victory by running circles around the Mercenaries, only losing a total of one `Mech and one Battle Armor squad all game while reducing the mercenary force to two BattleMechs. Clan Jade Falcon achieved a board wipe against Clan Snow Raven, even eliminating the Snow Raven Aerospace support when it came onto the board for a run. 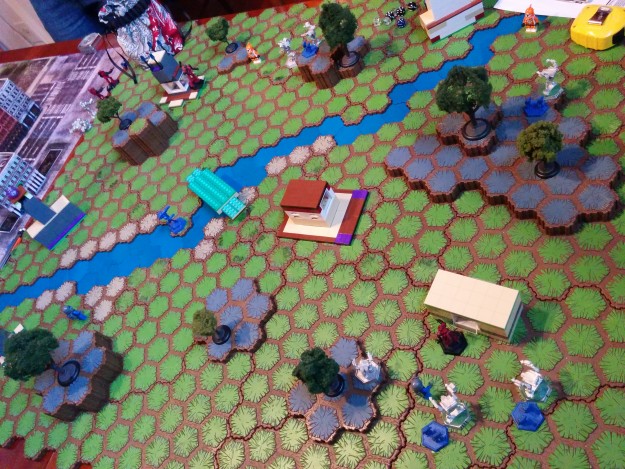 The mercenaries move on an objective as Clan Ghost Bear rapidly redeploys to counter.

The Snow Raven player had to leave early, so the Ghost Bear player only got one game in. In their second game, the Jade Falcon and Mercenary players slugged it out with both sides taking losses. In the end, the Mercenaries won out by numbers and achieved a Scenario Victory.

Below is the 2016 Leader Board as it now stands, heading into Week 2, which is scheduled to take place this Thursday, January 21. The errors currently displaying on the spreadsheet are due to lack of data for the formulas to compute. Two of our group could not make it to Week 1, so as they get in games, the spreadsheet will begin to look more complete.

So what is your group doing for BattleTech and/or Alpha Strike this year? Perhaps you would like to take the 2016 Leader Board idea and adapt it to suit your own local group. Feel free to do so, and do let me know how it goes if you do!

Stay tuned for more 2016 Leader Board Weekly Reports as we dive into the year.