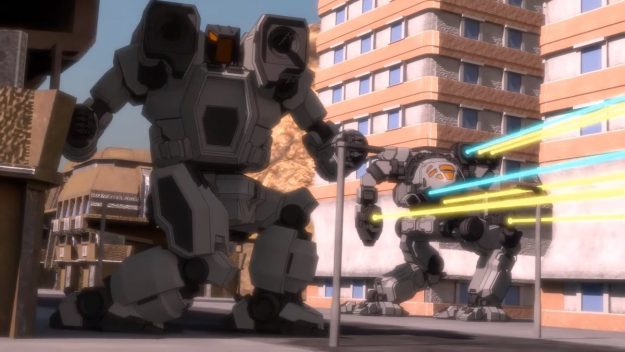 Earlier in December, we reported a new teaser video for an animated MechWarrior series to be created by Black Plasma Studios. The YouTube video was unfortunately taken down after amassing tens of thousands of views to the disappointment of BattleTech fans the world over.

We received word from the video’s director, RoA Nitrox, that Black Plasma had been hit with a cease and desist letter. But it wasn’t from the much reviled Harmony Gold – it was from Topps, the owner of the BattleTech copyright.

Topps acquired the rights to BattleTech in 2003 after purchasing WizKids, the makers of the MechWarrior: Dark Age clix system. WizKids was shut down in 2008, but Topps kept the intellectual property to many of FASA’s universes, including BattleTech. 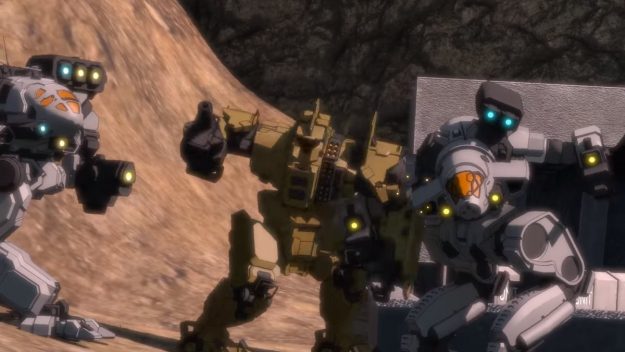 “On December 7th, Black Plasma Studios received a cease and desist letter from Topps and the trailer was removed from the channel,” Nitrox told me via email. At Mech_Con he was able to talk to some of the PGI developers to see if there were any strings they could pull with Topps to get it back up.

PGI’s licensing with Topps is only for creating computer games, not animated series, so there wasn’t much they could do other than just add their voices to the chorus of people pleading to not kill the series before it had even begun. Sadly, Topps wouldn’t budge, so the whole thing was kiboshed.

There is, however, a tiny silver lining: RoA Nitrox was able to finangle the original teaser video after into an advertisement for MechWarrior Online. It largely resembles the original video, but with some advertising for the game thrown in and making it very clear that Topps owns the rights to BattleTech.

So, no new animated MechWarrior series. Let’s all now have a moment of silence for yet another victim of BattleTech’s litigious history.

RoA Nitrox also had a personal message he’d like to share with everyone who supported the video and his desire for a new animated series. As it’s a truly heartwarming message, I’m posting it in its entirety with minimal editing.

“My experience [at Mech_Con] did no less than assure me that going forward with this series was what I truly wanted to do.”

“On January 17th, 2015, I found MechWarrior Online and began my journey as a pilot in this community. Within that first year, I experienced what was one of the best online communities I had ever taken part in. In early 2016, I considered the idea of attempting to create an animated series out of MechWarrior Online and started looking into what would need to be done in order to begin production. I slowly planned out the steps necessary throughout the year, eventually leading up to the first Mech_Con event. My experience there did no less than assure me that going forward with this series was what I truly wanted to do. Over those first two years, the MWO community and PGI’s engagement with it created a place that felt like a second home to me, and one I was proud to be a part of. The gears were set in motion, and for the 3rd year, I put together the trailer that I had the honor of presenting the week before Mech_Con 2017. The time of celebration was unfortunately short-lived, as the forces that be decided it was not our place to become a part of this community in the way I had hoped. 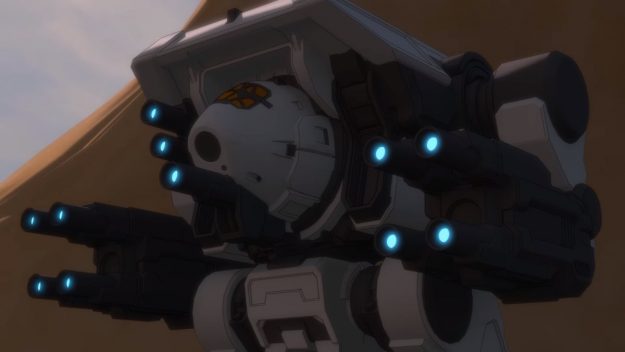 “I’ve met so many kind people who shared the same dedication to this franchise we all love.”

“In the end, I’m still proud to have had the chance to share with PGI and the community something special and to express my thanks for all the joys you have given me. Actions often speak louder than words, but unfortunately, I will not have the opportunity to continue displaying my thanks through the creation of the full series. Words are now all I have left to offer and they cannot express my level of appreciation for how incredible these past 3 years have been. Both in game, at each Mech_Con, and on my tour of the PGI studio, I’ve met so many kind people who shared the same dedication to this franchise we all love and I look forward to supporting this community for the many years ahead of it. Once more, I give my sincerest thanks to everyone and I’ll see you all out on the battlefield we know as the Inner Sphere, and the one I call home!”

Thank you, Nitrox, and we here at Sarna hope that one day you’ll be able to share your vision for a MechWarrior animated series without lawyers getting in the way.