A few weeks ago I wrote an article on modern cutting edge technology that appears to be running parallel to that thought up for BattleTech and other sci-fi franchises. Among the various entries was a pair of powered exoskeletons. One with medical applications; the other to assist soldiers carrying heavy loads. I also said that all that was needed was heavy armor, modern Land Warrior electronics; and a wearable computer with wireless and satellite uplinking for total battlespace communications up between units and the chain of command. Apparently the USSOCOM brass want an ‘Iron Man’ suit for their Special Forces Alpha Operational Detachments, or A Teams. No, not that A-Team. 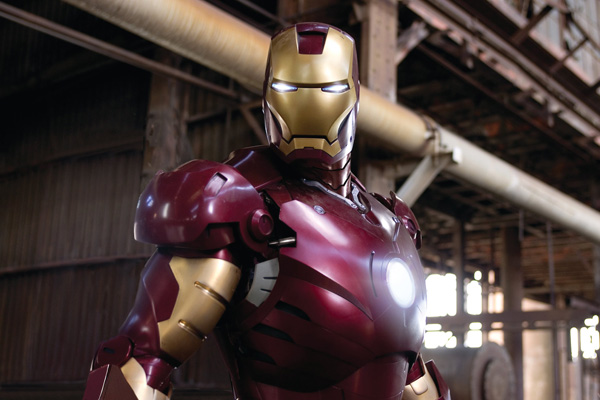 B.A. Baracus as War Machine? I pity the fool.

In this article by Defense Update, USSOCOM has issued an RFI- or Request For Information through both military and commercial channels for a project it is regarding as TALOS, or Tactical Assault Light Operator Suit. Submissions for the technical aspects of the program were expected by June fifteenth.

Given the clandestine, high endurance nature of typical Special Forces operations, we’re likely looking at a PAL suit, not an Elemental. Possibly with a stealth active camouflage system. Other possible avenues of pursuit in the TALOS program are active health monitoring and wound care, heat management, and a ‘smart’ liquid armor system. This light armor is supposed to harden on impact. Referred to as shear-thickening fluid, I’ve actually played with the stuff before after seeing a video of a man mixing silica dust with ethylene glycol (radiator fluid) to make a custard-like non-newtonian fluid that makes any fabric hard to penetrate but can double or triple the effectiveness of ballistic aramids like Grade twenty-nine ballistic kevlar. The harder the substance is struck, the harder it is to penetrate. For a scientific presentation of the substance as used in armor, check this out. 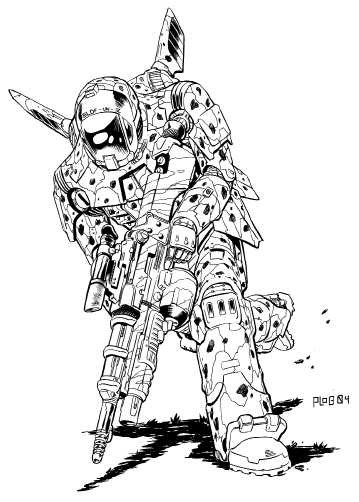 One of the governmental entities that have already responded is the U.S. Army Research, Development and Engineering Command (RDECOM). SOCOM Senior Advisor Command Sergeant. Major. Chris Faris commented, “There is no one industry that can build it,” at a conference at MacDill Air Force Base in Florida. Nonetheless they are hopeful to have field trials within three years.

For the exoframe and strength enhancement side of the TALOS armor, instead of the Sarcos XOS suit I focused on last month, Defense Tech brings up Warrior Web, another DARPA managed venture that is soft and pliant, which means it can conform to the wearer much more effectively than a rigid exoskeleton that enhances the wearer’s own strength many fold while using less than 100 watts of electrical power. 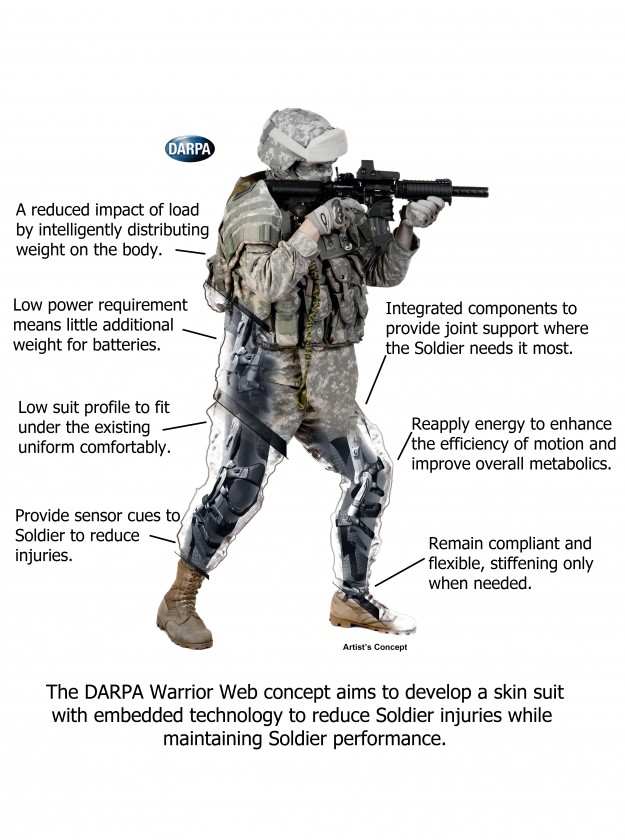 All this enhanced strength to carry equipment and armor more than likely means some bigger guns to go with it. Ammo is heavy, and one of the big problems foot infantry have is bringing enough ammo to a fight, even more so for crew served weapons like machine guns, missiles and mortars. For special operations people like the Green Berets, their tendency has always been to travel light because of the distances they typically have to travel unsupported. Having TALOS means there are more soldiers covering fire sectors and other things instead of needing an assistant humping ammo around for the squad machine gun. Heavy and crew-served weapons become one-man affairs.

As far as BattleTech goes, this is more the area of games like HALO and Gears of War. But BattleTech got there before them. And having troops running around wearing powered suits of armor may not signify the debut of multi-ton walking tanks – but it’s a little bit more science fiction turned science fact. And that is something I can really hoist a mug to.

One thought on “As Predicted, Special Forces to Receive Powered Armor”