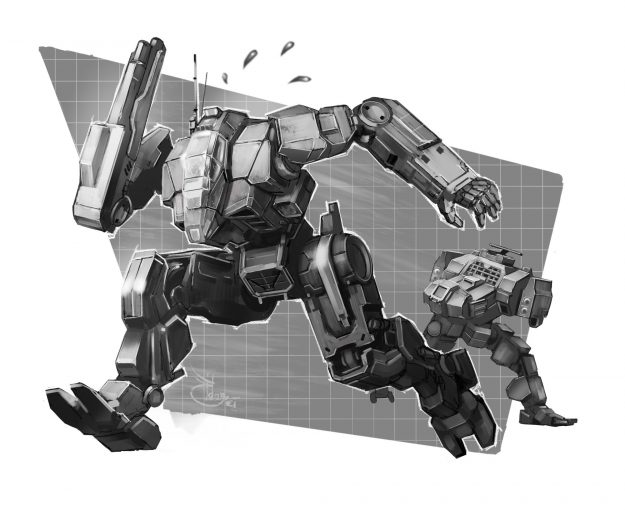 Welcome to a new series here on Sarna I’m cleverly calling “Bad ‘Mechs.” It’s a deep dive into some of BattleTech’s least appreciated, least effective, but most awesome designs. You might think some of the ‘Mechs are completely undeserving of the Bad ‘Mechs title but don’t worry–even bad ‘Mechs have a story to tell.

We’re going to kick things off with one of my favorite Bad ‘Mechs, the Assassin: a light ‘Mech hunter that was often no better than the light ‘Mechs it was ostensibly designed to hunt. Despite being born of corporate fraud to having the tightest cockpit of any ‘Mech in the Inner Sphere, It took over four centuries for the Assassin to finally meet its end, and man, what a wild ride that was. Let’s take a brief trip down memory lane and remember the Assassin. 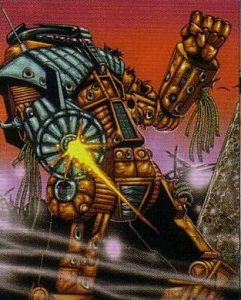 Waiting in an underground parking garage, Jenson couldn’t help but feel the clandestine nature of his business was entirely appropriate for a ‘Mech called “Assassin.” Maltex Corporation would never officially condone his actions, but Jenson knew the project was in trouble. Maltex could try to woo SLDF procurement officers with performance reports that stank so bad that even he could tell they were bullshit, but none of that would matter.

Money talks. Money gets you noticed by the right people. Not the official kind, or the kind that cared about budget estimates and cost projections; anyone who could put two and two together knew there was no way Maltex could produce the Assassin at the same price per unit as a Stinger. The unofficial kind. The illicit kind. The kind that gets exchanged underground in the middle of the night.

Sure enough, a black hovercar approached the parking spot where Jenson was standing. No words were exchanged. The black tinted window rolled down, an arm wearing a pinstripe sleeve poked out, and Jenson handed it the briefcase. Then it sped off back up the ramp and into the cool, damp night.

Jenson let out a breath he didn’t know he’d been holding. The project would be saved, the Assassin would get made, and he’d make his Maltex overseer a very happy lady.

To understand the Assassin, one has to understand the heady days of the Star League. With one central, major military power, the military-industrial complex had just one place to turn to for funding, and it was often easier to bribe one’s way to a new ‘Mech contract than to create a quality product. Star League procurement was sensationally corrupt at its height, with corporations greasing palms more often than a thirteen-year-old after midnight. 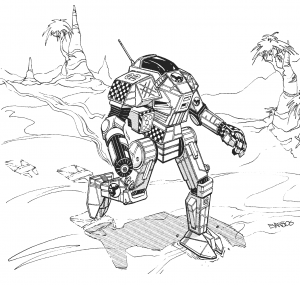 Hence, we get the Assassin, a ‘Mech that fulfilled a niche that never really existed to begin with. Maltex Corporation marketed the Assassin as a replacement for the Stinger and Wasp, proposing it as a cheaper and more cost-effective alternative. They managed to convince Star League procurement of this through false budget reports and overly optimistic service life projections–the actual price of the Assassin was over twice that of the Stinger or Wasp it was meant to replace.

Costs aside, much of the Assassin‘s marketing centered around how the ‘Mech would out-perform its intended replacements, and in this regard, the marketing wasn’t too far off. With greater speed, jump capacity, armor, and weapons, the Assassin could dictate the terms of engagement with either the Stinger or Wasp, assuring victory in the hands of any competent pilot. This led to the Assassin‘s undeserved reputation as a light ‘Mech hunter.

Even when the Assassin was introduced, several Star League-era light ‘Mechs could outrun, out-shoot, or outlast the Assassin. The Commando offered nearly as much armor and speed but far surpassed the Assassin in firepower. Both the Mongoose and Hussar could outrun the Assassin, and even the humble UrbanMech had immense firepower and armor in comparison, albeit at the cost of near-immobility.

A century later the Assassin was falling behind in most areas. The Draconis Combine’s new Jenner equaled the Assassin in speed but far surpassed it in firepower. The Valkyrie could out-trade LRM fire with the Assassin until both their ammunition bins ran dry, at which point the Valkyrie‘s tougher armor would carry the day in a direct engagement. The Panther‘s PPC could blow holes in the Assassin‘s armor while enduring what little return fire it could muster.

But the Assassin would lead a charmed life. The chassis wouldn’t see large-scale engagement until 2980, when the Free Worlds League repelled a Fed Suns assault on Rochelle during the Third Succession War. Taking less damage than their slower comrades (which was probably better explained by selection bias than any true durability on the Assassin‘s part), the Assassin‘s reputation remained intact even as spare parts meant that House militaries fielded fewer and fewer Assassins as the Succession Wars dragged on. By the time the Clans invaded, there were very few Assassins left. 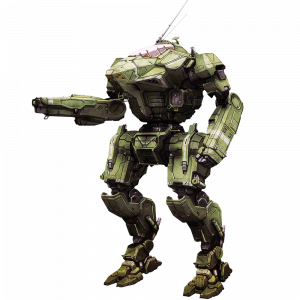 Maltex would later attempt to revive the chassis during the FedCom Civil War. The ASN-30 variant replaced the missile weapons with an LB-X AC/5 while the medium laser was upgraded with an extended range model. However, during those combat-heavy years, Maltex found that performance was the only metric that truly mattered to Lyran military procurement in the middle of a war, and the lightly armed Assassin simply couldn’t compete on the modern battlefield.

Hellespont Mech Works would attempt to field a further upgraded ASN-99 with Stealth Armor and a sword, but by then the Assassin‘s luck had run out and no new variants have been produced since the Jihad.

The Assassin leaves a complicated legacy, proving that with the right connections even a bad idea can become a highly profitable reality. But time has a way of ending lies, and so time eventually caught up with the Assassin and ended it.

Don’t think the Assassin deserved to be a Bad ‘Mech? Let me know in the comments, and also let me know what next Bad ‘Mech deserves a showcase.