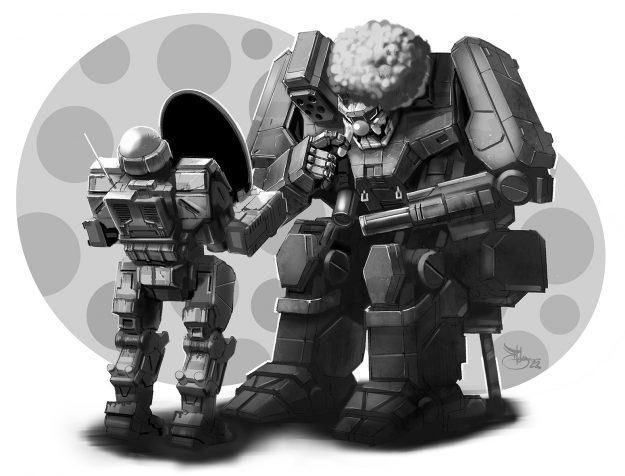 Hauptmann Müller turned to his chief technician, normally the best in the 3rd Lyran Guards, but now Müller was beginning to question his qualifications.

Müller raised his arm and pointed at his Banshee’s cockpit. “What the hell is that?”

The tech sighed and shrugged. “We ran out of white paint, sir.”

“So you thought it would be a good idea to substitute-” Müller paused to look at the pink skull that had been crudely drawn over the Banshee’s head, “-neon pink?”

Müller’s animated arm movements made it clear he was less than amused. “Well, scrub it off! I can’t take on the Dracs with a pink cockpit.”

“We’re less than two hours from Vega and I’ve got the rest of the company to arm,” the tech held up a datapad to prove it. “What’s wrong with pink?”

“Yeah? Well, neither does that popgun of an autocannon you got there,” the tech quipped. “Which, by the way, I gotta load up. If you’ll excuse me.”

The chief technician left Müller staring at his ‘Mech, wondering if he still had enough time to just dump a bucket of paint thinner over the pink Banshee’s face. 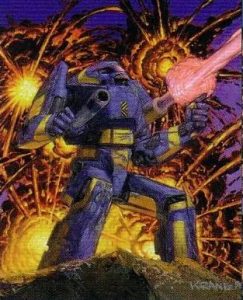 The Banshee is one of the oldest ‘Mech designs in existence thanks to a lineage that traces back to the Terran Hegemony. First produced in 2445, the original design largely attempted to mimic the Mackie in terms of firepower, using a combination of autocannon and PPC as its main armament and then backing it up with a pair of medium lasers and a single small laser. Although extremely well armored for a ‘Mech of the era, the BNC-1E Banshee was often criticized for its limited speed, even though its initial running gait matched the Mackie‘s 54kph.

By the year 2475, engineers at the Terran Hegemony decided it was time to solve the Banshee‘s single problem of low top speed. However, their solution was to replace the original engine with a massive GM 380 fusion reactor. This engine alone weighed over 40 tons and severely restricted the Banshee‘s ability to carry adequate firepower for an assault-class ‘Mech, forcing the removal of both medium lasers and a ton of AC/5 ammunition. Surprisingly, Hegemony engineers decided to retain the Banshee‘s 16 single heat sinks despite the fact there was almost no scenario in which even repeated firing of all its weapons would ever require all 16 heat sinks.

Left with just a single PPC, an AC/5, and a small laser, the Banshee often found itself out-gunned by ‘Mechs half its size. Although adequately armored and surprisingly nimble for a 95-ton machine, the Banshee’s abject failure to deliver more ordinance than even a 50-ton Centurion forced the Terran Hegemony to relegate the 5,000 Banshees produced to provisional garrisons or training units. 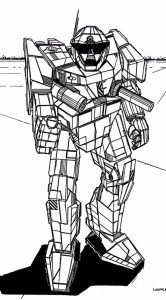 Ironically, what saved the Banshee was its poor reputation for being an under-armed behemoth. The outbreak of the Succession Wars in 2786 forced House militaries to employ whatever ‘Mechs they had available, and this pushed the Banshee into active military use, although most commanders still kept it in second-line or fire-support units owing to its lack of firepower. Some forward-thinking commanders recognized one of the Banshee‘s greatest strengths lay in its massive fists, employing the Banshee as a sort of “brawler” ‘Mech to ensure better-armed allies weren’t forced into hand-to-hand combat during close-quarters assaults. Banshee MechWarriors employed in such a manner often took a page from the Atlas‘s playbook and painted their cockpits with a white skull.

A full third of the original 5,000 Banshees produced were still in operation by the end of the Succession Wars, but even before then, engineers from various Houses attempted to rectify the Terran Hegemony’s original mistake in making the BNC-3E. The Free Worlds League first replaced the Banshee‘s AC/5 with another PPC and added back the two medium lasers in the BNC-3M, which first saw production in 2579. This solved the BNC-3E’s ammo problems with a more powerful energy weapon, but the same weapon overtaxed the Banshee‘s 16 single heat sinks. 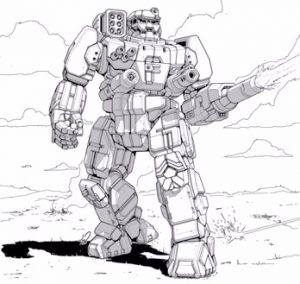 Defiance Industries obtained the Banshee‘s design specifications and license in 3026, eventually creating the BNC-3S model. Defiance engineers felt that the Terran Hegemony had it all wrong in thinking the original Banshee was too slow, so they swapped the GM 380 for the smaller Pitban 285, dropping the chassis back down to a shambling 54kph top speed. However, the tonnage saved thanks to the smaller engine allowed Defiance to upgrade the autocannon to a larger caliber, add an entirely new PPC, four medium lasers, another small laser, and an SRM-6 missile launcher. An additional five heatsinks over the BNC-3E model keep the machine cool so long as the pilot avoids repeated alpha strikes. The BNC-3S would go on to become one of Defiance Industries’ most iconic ‘Mechs thanks to its popularity in the Lyran Armed Forces.

The BNC-3S would go on to inspire the BNC-5S following the discovery of the Helm Memory Core and its long-lost Star League technology. An XL engine allowed Defiance to bring the Banshee back to a more stately 64kph top speed while replacing the AC/10 with an even more powerful Gauss Rifle. Both PPCs were upgraded to their Extended Range counterparts, while the use of double heatsinks kept the BNC-5S far cooler than older models. 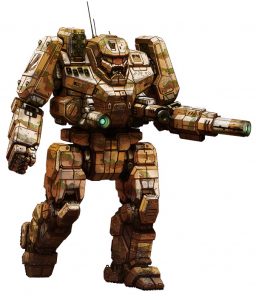 More recent models use a Light Fusion Engine to retain at least some of the same durability as BNC-3E, while others make use of newer, harder-hitting weapons such as Heavy PPCs. The most recent model, the BNC-12S, upgrades the 5S with a Clan-tech XL engine, an Endo Steel chassis, and Clan-spec lasers. The saved weight allowed Defiance engineers to add several tons of additional armor, making it both the hardest-hitting and best-protected Banshee ever made.

The moral of the Banshee’s story: a bad ‘Mech is eventually good, but a good ‘Mech gets deployed so often that they run out of spare parts when the factory gets destroyed.