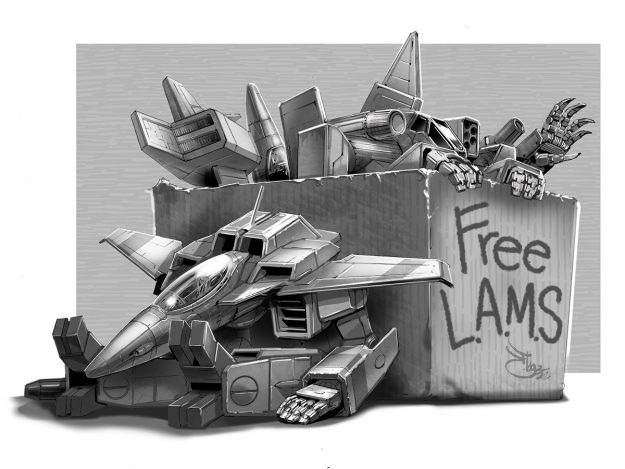 “Alright, here’s the deal,” Major Sheffield began. He then pointed at Sergeant Donaldson. “You get in the front seat, and you,” Sheffield pointed to the SLDF navy pilot he knew as Lieutenant Barber, “get in the back seat.”

The two SLDF service members looked first at each other and then at the monstrosity before them. It looked like an aerospace fighter had crashed into a ‘Mech and somehow fused the two together. It was a grotesque abomination of all things both pilot and MechWarrior considered holy, and it didn’t exactly motivate either to comply with the Major’s orders.

“With respect sir, just who exactly is going to be in control of that… thing?”

“Great question, Donaldson,” Sheffield replied with a smirk. “You both are. On the ground, Donaldson is in charge. In the air, Barber takes the yoke. Or stick–I’m not sure what you spacers call the thing.”

“The idea here is to cut down on the training required for Land-Air ‘Mech pilots by simply having both MechWarrior and pilot in a dual cockpit arrangement. If these tests go well, it could usher in a new age of cooperation between SLDF services.”

Sheffield’s pitch sounded like it had come straight from the bureaucratic number crunchers at SLDF procurement, and it did nothing to instill confidence in either of them.

“Communication will be key,” Sheffield added. “You’ll both have the authority to convert your Stinger LAM to either Air or ‘Mech mode, but you should engage targets in the mode best suited for the engagement. Now, get suited up and start blasting targets.”

The two pilots again looked at each other, looked at the Stinger, and then sighed in unison. It was the last time either Donaldson or Barber performed any task in sync. The dual cockpit test would go down as a colossal failure for the dual-cockpit LAM concept, and SLDF training footage would later include recordings of Barber and Donaldson engaged in fisticuffs over who would take control of the LAM during various stages of the test.

First Lord Michael Cameron II ruled the Star League during a time of unprecedented technological innovation. During his reign, the Star League Defense Force would produce impressive and terrifying military machines such as the Awesome BattleMech, the Cameron-class Battlecruiser, and the Gotha Aerospace Fighter. However, it was also a time of completely unmitigated spending for the Terran Hegemony‘s military industrial complex, and as such, it resulted in just as many hits as it did misses. Some of the more spectacular failures have already been discussed in this article series, but none were more costly than the unfortunate Land-Air ‘Mech.

Commissioned in 2680 by Admiral David Peterson, the intent of the Land-Air ‘Mech was to produce a unit that combined the deployment speed of an Aerospace Fighter with the versatility of a ‘Mech. An Aerospace Fighter could rapidly strike targets but its ability to support ground forces was limited. Meanwhile, the BattleMech required DropShips to deploy but once fielded were the undisputed kings of the battlefield. The Land-Air ‘Mech, or LAM, would theoretically combine the advantages of both to create a weapon that ensures the SLDF and Terran Hegemony’s military dominance for centuries to come.

At least, that’s what Admiral Peterson envisioned on paper. The reality of the Land-Air ‘Mech was far from the ideal superweapon that SLDF generals and engineers wanted. 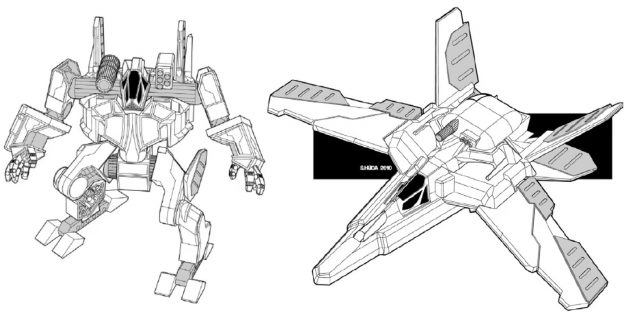 The first company to win an SLDF contract was Allied Aerospace, which created the SHD-X1 in 2680. Based on the already proven Shadow Hawk, the SHD-X1 was a bi-modal Land-Air ‘Mech, meaning it would convert directly from BattleMech to Aerospace Fighter without any intermediate steps.

The brand-new conversion technology proved problematic in multiple ways. First, the bulky tech added five additional tons to the SHD-X1 compared to the all-‘Mech SHD-2H, but also limited the space available for the fusion engine and internal fuel tanks. Thus, the SHD-X1 was slower than the SHD-2H on land by nearly 20kph and had a greatly limited combat radius in fighter mode. Additionally, the AC/5 was replaced by an ER Large Laser and the SRM-2 was removed in favor of an internal bomb bay. Newer technologies of the era such as extra light engines, an Endo Steel chassis, and Ferro Fibrous armor all couldn’t be employed due to the LAM conversion technology’s bulk.

SLDF procurement officers were already skeptical of the new design’s limitations, but things got worse for the SHD-X1 after several test platforms were lost during public reviews in 2681 and 2682. The engineering flaws that led to these lost machines were largely solved by the time the SHD-X2 arrived in 2684, but by then the platform had already gained a reputation as a dangerously flawed design. The SLDF canceled its order, and although Allied Aerospace built 20 SHD-X2 demonstrators, the company failed to attract a single buyer. 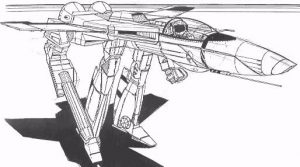 The first viable LAM came from LexaTech Industries in 2688 with the introduction of the Stinger LAM. Ten tons heavier than the original Stinger and armed with three medium lasers, LexaTech’s design introduced the first tri-modal Land-Air ‘Mech. A third mode allowed the Stinger LAM to deploy its wings and legs simultaneously, allowing it to rapidly travel at low altitudes thanks to the ground effect. Although lacking an internal bomb bay, the Stinger LAM retained the speed of the land-based chassis and impressive Aerospace performance as well.

However, the Stinger LAM revealed several flaws shared by all Land-Air ‘Mechs. While the Stinger LAM proved that the additional bulk of the conversion technology could be accounted for, it still reduced overall payload capacity for either a pure ‘Mech or Aerospace Fighter of similar size. Being completely unable to mount weight-saving technologies such as XL engines or Endo-Steel chassis meant LAMs were often outclassed in their engagements. Land-Air ‘Mechs also proved to be quite fragile. Damage taken to the conversion technology would effectively “lock” the LAM in whichever mode it was currently deployed.

Cost was another issue. Not only did pilots require twice as much training due to the twin mandates, but LAMs themselves cost many times the price of either a single ‘Mech or Aerospace Fighter. With no lack of manpower, the armed forces of the Inner Sphere had more than enough financial incentive to simply invest in proven technologies to bolster their war machines.

Still, the Stinger LAM did at least find niche applications where it was better suited than either an Aerospace Fighter or BattleMech. The SLDF navy often deployed Stinger LAMs in operations on minor planetoids such as asteroids or comets, or against forces that were unlikely to deploy fighters or ‘Mechs of their own. Immediately following the Stinger LAM came the Wasp LAM from Harvard Company in 2690, which found success in similar niche roles and often served alongside its predecessor. Allied Aersospace’s second attempt at a Land-Air ‘Mech, the Phoenix Hawk LAM, finally vindicated the company in 2701. With harsh lessons learned from its earlier failure with the Shadow Hawk LAM, the Pheonix Hawk LAM proved a far more capable design, retaining the original Phoenix Hawk‘s performance while adding a bomb bay and other capabilities from the conversion technology.

Although there were a few smaller success stories, the crucible of the Succession Wars proved Land-Air ‘Mechs were too costly for all-out warfare between galaxy-spanning armies. Most commanders were loathed to commit the expensive designs for fear of losing them, and with limited stores of spare parts, the destruction of most LAM factories proved to be a death knell for the innovative technology. Only LexaTech’s factory on Irece was still producing Stinger LAM components by 3025, but the Nova Cats put a stop to that after their successful invasion in 3050.

Surprisingly, Land-Air ‘Mechs had a brief renaissance courtesy of the Word of Blake. During the Jihad, Blakist forces unveiled the Yurei, Pwwka, and Waneta LAMs based on its Spectral Series of OmniFighters. By this era, Clan-spec weapons and double heatsinks weren’t quite enough for the three Wobbie LAMs to stand against more traditional ‘Mechs and Aerospace Fighters, once again limiting their use to surprise attacks against inferior foes. The conclusion of the Jihad saw all Blakist factories destroyed, ending the saga of the Land-Air ‘Mech for good.

Ultimately, Land-Air ‘Mechs proved that not every new technology has a place in war. I’m sure given more time, research, and investment, Land-Air ‘Mechs could have revolutionized combat as we know it. However, time is often the resource in the shortest supply during wartime. We may yet see the LAM return once again as technological advancement returns to the Inner Sphere, but for now, Land-Air ‘Mechs are dead. May they rest in peace.