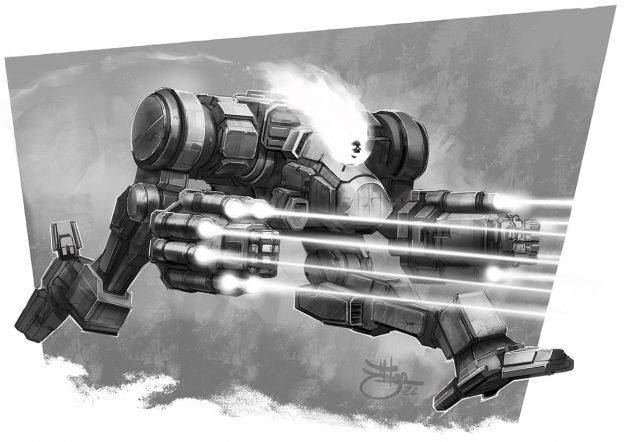 They scoffed at cadet Rual when he’d requested a Nova for his Trial of Position. An older machine with a long history, Rual’s sibkin ridiculed his choice as one outclassed by most of the new OmniMechs that had joined Clan Nova Cats’ touman in recent years. The Huntsman was just as rugged and possessed a far greater and more versatile arsenal. The Shadowcat was sleeker, faster, and had greater range in most of its configurations. Even the older Stormcrow outclassed the Nova in most metrics.

Rual didn’t care. This ‘Mech had called to him. It promised glory.

The techs had promised him much worse. The Nova had already suffered a partial containment problem from its previous MechWarrior and had warned Rual to ensure all safety protocols remained enabled. But Rual had learned from his instructors that an automatic shutdown in a true combat scenario was a death sentence. What difference was it if it came from a fusion containment breach or high-explosive shell? 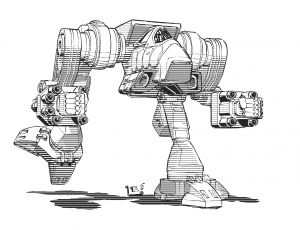 So Rual had slapped the override almost as soon as he entered the Nova’s cockpit. In its primary configuration, the Nova possessed more firepower than it could safely use, but Rual had seen in a vision the glory that all 12 ER medium lasers would bring him. If only he could line up the perfect shot…

There. His first opponent, an Adder, had just crested the hill and was pelting him with PPC fire. A strike on his left torso burrowed worryingly deep and a blast of heat alerted Rual to what was most likely even more engine damage. Rual ignored the heat and ignited his jump jets, closing to within striking range of his arsenal of lasers.

Another hit, this time on the left knee. The actuator froze, causing Rual to stumble upon hitting the ground, but he managed to keep his ancient machine upright. Finally in range, Rual brought up his left arm and fired.

Immediately the Nova’s cockpit went from a pleasant sauna to a nearby volcanic blast. Sweat poured off Rual’s neurohelmet in great rivulets, obscuring his vision and splattering on his sensor screen. The Adder had taken damage, but not enough. It still had one functional ER PPC.

Another hit. Another wave of heat. Alarms were blaring in his cockpit, but the Adder had made a fatal mistake. It had stumbled into the center of Rual’s targeting reticle.

The Nova raised both its arms slowly, as though reluctant to follow its pilot’s commands. All 12 extended-range lasers fired at once in a brilliant display. Two struck the Adder in the opposite arm, severing its last remaining PPC. One struck the cockpit, dazzling the instructor fighting Rual in the trial. Six melted armor all over the Adder’s torso, while several more burrowed inside and slagged the 35-ton ‘Mech’s gyro, dropping it to the ground. 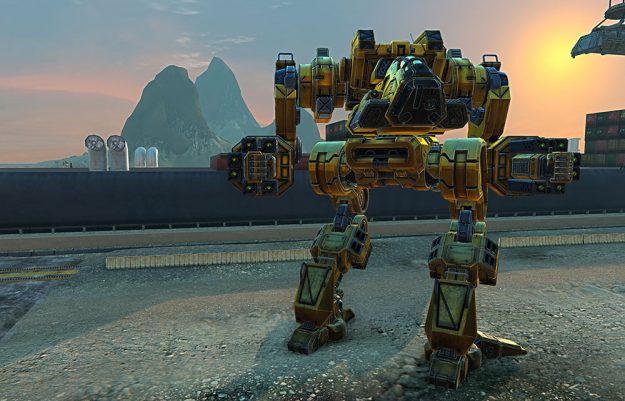 By many measures, the Nova is not truly a bad ‘Mech. In comparison to the multitude of Inner Sphere designs that the Nova bested during the first years of the Clan Invasion, the Nova is an excellent machine that was faster, more maneuverable, and better armored than anything fielded by the House militaries. However, in comparison to contemporary Clan OmniMechs, the Nova was a deeply flawed design already well past its prime.

Production of the Nova first began in 2870, soon after the introduction of Elemental infantry in Clan Hell’s Horses. The Nova was designed specifically as an infantry support ‘Mech capable of carrying a full point of Elementals into battle thanks to special handholds that dotted the ‘Mech’s chassis. A rugged design, the Nova proved itself just two years after entering service during the campaign against the Smythe-Jewel Kindraa. Production would continue for over half a century before Clan Ghost Bear conquered Tokasha Mechworks and repurposed it to produce more modern designs. But by then the Nova had already proliferated to every major Clan in such numbers that it remained a common sight well into the 3000s and even beyond. 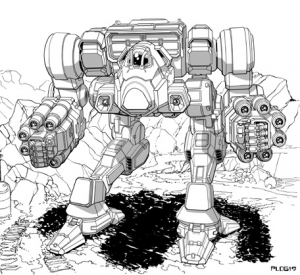 However, even at the time of its introduction, the Nova’s primary configuration possessed a single and often fatal flaw. Its 12 ER medium lasers produced far more heat than the design’s 18 double heat sinks could handle. So much that a Nova pilot who fires all 12 lasers at once risks immediate shutdown. If the pilot can somehow survive the heat, repeated firings can result in engine damage, and should the pilot disable the automatic safeties, the Nova’s 250 XL engine could breach in an explosion worthy of its name.

That said, there’s no denying what devastation 12 medium lasers can cause. A pilot willing to risk it all can take down vastly larger threats provided they can remain conscious in the sauna-like atmosphere of the Nova’s cockpit.

As an OmniMech, there are many other variants of the Nova that do not suffer from this catastrophic heat problem, and many smart Nova pilots avoid the primary configuration whenever and wherever possible. One could posit that the only reason the Nova still exists at all is entirely because its OmniMech heritage allows it to evolve beyond the flaws of its initial design. 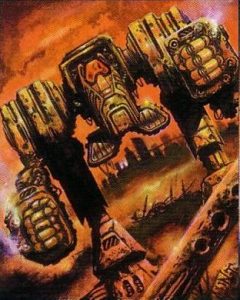 After a century’s-long hiatus, the Nova once again entered production with Clan Jade Falcon in 3073. Its ubiquity led to the production of an entirely Inner Sphere version under the Black Hawk moniker, and even Clan Sea Fox produces a non-Omni version of the Nova for export purposes. However, it’s noteworthy the Sea Fox design doesn’t imitate the original’s 12 medium laser armament, and newer variants similarly avoid overloading the Nova’s limited heat capacity.

I think this is the most controversial choice of a bad ‘Mech so far, but there are honestly very few truly bad Clan designs. But out of the Clan OmniMechs, the Nova is easily the least impressive and has largely been matched or surpassed by even modern Inner Sphere designs.

We got plenty of bad Inner Sphere ‘Mechs in the pipeline, but bad Clan ‘Mechs are harder to find. List your favorites in the comments below and I’ll add ’em to the list.

And until next time, MechWarriors: Stay Syrupy.