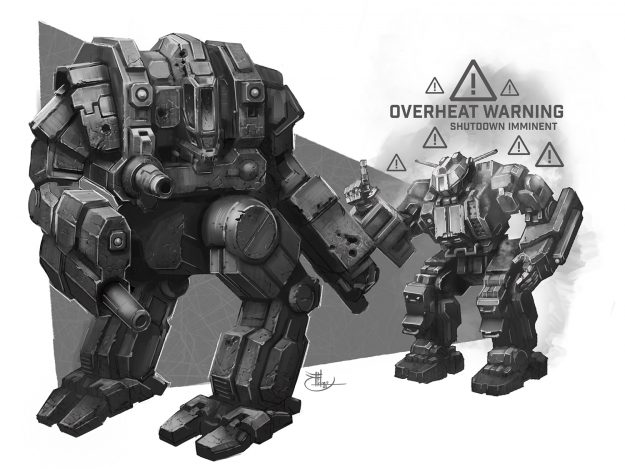 “This thing is supposed to replace my Rifleman?” Sgt. Browning asked with incredulity. Although not intended for fire support, Browning had grown attached to his Rifleman’s imposing profile and powerful long-range armament.

The tech never even looked up from her clipboard. “Yup.”

“Doesn’t look like much,” Browning offered. “Does it have more guns?”

Browning’s look of incredulity turned into an outright frown. “Okay, how’s it for heat?”

“Toasty if you use those jets.”

The tech sighed and flipped a page on her clipboard. “A little more, but not by much.”

“You got a ten-pack of LRMs,” the tech scanned another page quickly, then shrugged. “The rest is medium lasers and a few SRMs.”

Browning balked at the loss of so much firepower. “What the hell is this thing good for then?!”

“You can jump.” Another shrug. “And you can keep up with a Trebuchet. That’s about it.”

The sergeant nearly gripped his neurohelmet hard enough to crack its casing. “Fuck that, I’ll keep the Rifleman.”

“It’s already been reassigned,” the tech replied, already ducking to avoid the neurohelmet that had just been thrown at her. 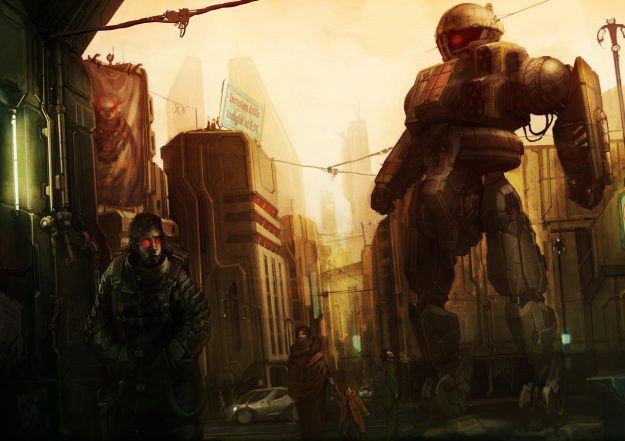 A heavy ‘Mech that tries to do everything and thus does nothing particularly well, the Quickdraw began life as a replacement for the Rifleman, a ‘Mech that saw itself being used in roles it was never intended. The Rifleman was designed as an anti-aircraft ‘Mech, but Star League regiments fell in love with the design and started using them for everything from fire support to front-line assaults. It’s a testament to the Rifleman’s design that it was able to be employed in such a diverse array of roles, but its shortcomings also became clearer and clearer as the decades wore on. 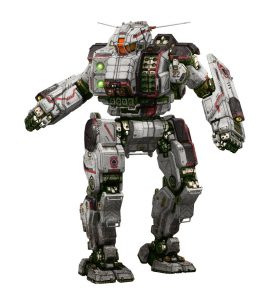 Hoping to build on the massive success of the Awesome, Technicron Manufacturing submitted a proposal for a 60-ton ‘Mech with greater armor (although just barely) and better maneuverability than the Rifleman in order to replace it in front-line roles. Although the Quickdraw‘s armament was considered light for a heavy ‘Mech and much lighter than the beloved Rifleman, its array of medium lasers and missiles allowed it to engage at multiple ranges but maintained the bulk of its firepower at medium to close range where the ‘Mech was intended to operate.

The Quickdraw‘s speed and jump jets allowed it to keep up with many light designs and offered a range of tactical flexibility than the Rifleman did not. That said, the Quickdraw was not an especially fast machine and with its comparatively light armor and weapons complement, unwary pilots could find themselves in situations where their machine was grossly outmatched.

Perhaps most telling of the Quickdraw’s flaws was that it would often find itself crippled or stripped of armor after the first salvo from a Rifleman, while the Quickdraw’s return fire routinely failed to penetrate the frontal glacis of the Rifleman (not so its back armor, which was notoriously paper-thin).

Quickdraw MechWarriors learned to lean into their machine’s strengths during combat. The Quickdraw was extremely fast for a 60-ton ‘Mech of the era, and pilots learned to appreciate not only the Quickdraw‘s jump jets but also its highly-articulated ankle actuators, which allowed the ‘Mech to stand firmly on slopes that would have sent other ‘Mechs toppling to the ground. 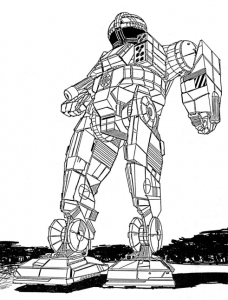 Unfortunately, those same ankle actuators would prove to be just as much a weakness as a strength. The actuators themselves were fragile to the point where stray weapons fire could damage the ankle and leave the Quickdraw immobile. Once this information got out, MechWarriors learned to shoot for the ankles on a Quickdraw to earn a quick kill.

Another big issue with the Quickdraw was heat. The Quickdraw‘s 13 heatsinks were insufficient to dissipate heat from a prolonged firefight, often requiring the pilot to stagger their medium lasers and jumps or risk a catastrophic ammunition explosion. This flaw was largely solved by the introduction of the QKD-5M model with its double heatsinks in the 3050s, but Technicron never quite figured out a solution for the Quickdraw’s delicate ankles.

Ultimately, the Quickdraw never actually replaced the Rifleman. Units were to begin phasing out Riflemans for Quickdraws in 2779, but very few had been assigned to regiments before the outbreak of the First Succession War. House militaries were desperate for hardware and the Quickdraw soon found itself fighting alongside Riflemans along with many other designs.

Unlike many manufacturers, Technicron was able to escape the Succession Wars largely intact and maintained Quickdraw production throughout centuries of conflict. As a result, Quickdraws can be found in all House militaries, as well as lesser houses, mercenary units, periphery bandits, and everything in between. A workhorse design that failed to live up to its expectations, the Quickdraw nevertheless managed to thrive in a turbulent galaxy where many other ‘Mechs didn’t.

On a personal note, the Quickdraw is one of my favorite bad ‘Mechs. It’s not one of the worst ‘Mechs out there by any measure, but it falls victim to the problem of jump jets on a heavy ‘Mech. That’s five tons that could have been better spent on more guns and armor, and indeed, the first thing I do with my Quickdraws in MechWarrior 5, BATTLETECH, or any other game is to remove those jets for exactly that. 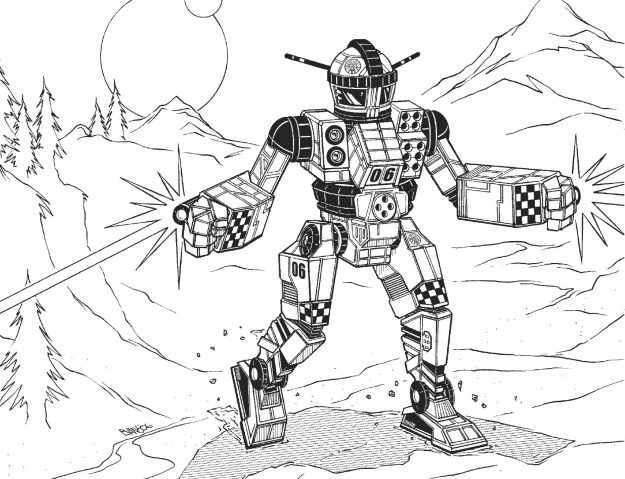 Keep on telling me which bad ‘Mechs you want covered, but I think next month’s Bad ‘Mech will be the baddest of them all.