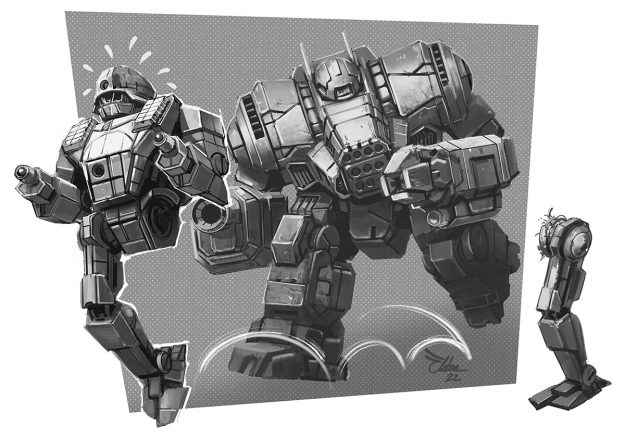 I was just following orders!

Long-range missiles rained all around ensign Cora’s Whitworth. She’d been dodging fire from the First Arkab Legion for the better part of an hour, pushing her 40-ton ‘Mech to its very limits. Actuator warnings had already sounded on at least three separate occasions, but she ignored the blinking lights and blaring sirens. She had to keep moving.

A Locust danced out of the shadows in front of her, the low flats of the suburban area of Greene hiding it from her sensors. Without thinking, Cora loosed a full flight of 12 SRMs from her WTH-0’s paired launchers. Two struck home, blowing off the scout ‘Mechs right arm-mounted machine gun.

The light ‘Mech quickly receded to lick its wounds. Cora thought to give chase, to end the scout ‘Mech quickly to better aid her escape, but she didn’t have the time. Even then, proximity sensors alerted her to another volley of incoming missiles. The Locust was just a spotter.

Dammit! Cora cursed and swapped her SRM-6s to fire inferno loads. Firing at the structures behind her, she hoped the conflagration would obscure her ‘Mech just enough to make an escape. She’d last used those rounds to roast an Arkab Centurion alive, but that was before the Seventh Amaris Dragoons had been shattered in the fighting on Timbuktu. She was the only one left of her lance–possibly even her entire regiment. And the Arkab Legion wasn’t about to let her go.

She pivoted down a side straight, her Whitworth’s actuator alarms once again protesting at the sudden move. She knew she was overtaxing her ‘Mechs systems–it had been weeks since she’d seen a ‘Mech bay. Her ride wasn’t going to last much longer. The poor thing just needed to hold on a little bit more.

More alarms. Explosions rocked her as several LRMs slammed into her right shoulder, fortuitously knocking her sideways just enough to take her out of the path of a PPC bolt that followed soon after. She turned, fired more SRMs at the buildings and ignited a copse of trees with her flamer. Fires were building all around her as the sleepy suburb turned into a massive bonfire.

Ensign Cora knew she was finished. Her Whitworth was too slow to escape. She could eject, but she’d seen what the Draconis Combine Mustered Soldiery did to her lancemates. What they’d done to any Rimworlds Republic soldier they got their hands on. She didn’t want to go out like that. She’d rather burn this whole city down first.

So she kept running. She caught her breath, one step in front of the other, dodging tracer rounds and using buildings to block missiles and lasers from tearing away yet more of her precious rear armor. In the end, it wasn’t her dwindling armor coverage that did her in.

Her actuator alarms suddenly blared, followed by the screeching of overtaxed metal and torn cables. She’d pushed her Whitworth too hard on that last turn. Her damage schematics showed a clear break at the left hip, her former leg still standing several meters behind her–like it was begging to be reattached if Cora were to just hop backward a few steps.

Ensign Cora was a good ‘MechWarrior, but she wasn’t good enough to keep a one-legged Whitworth standing for very long. She toppled forward, her ‘Mech falling face-first into the pavement. The impact was harsh enough for Cora to see stars, then blackness, all of her Whitworth’s alarms suddenly falling silent.

She couldn’t tell how long she was out. It might have been a few minutes or a few hours, but when she came to, everything around her was on fire. The flames were hot enough for her to feel even through the Whitworth’s armor plating. She thought again about ejecting and then sighed. If she was going to go out, she might as well suffer the same fate as so many SLDF soldiers had suffered at her hands.

She never got the chance. Cora’s proximity sensors blared and her rearview camera showed the barrel of the Locust’s medium laser pointing directly at the back of her Whitworth’s head. Then there was a blast of light, a wave of heat, and then nothing at all. 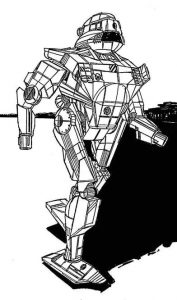 Like many of the Inner Sphere’s worst ‘Mechs, the Whitworth was first dreamt up as a solution to a problem that never really existed. Meant to support scout lances of Wasps and Phoenix Hawks, the original production model Whitworth was equipped with far greater firepower than either machine but was also far slower. This, combined with a faulty actuator system that saw its legs tear clean off as Whitworth pilots attempted to keep up with their speedier lancemates, eventually saw the Whitworth redesigned as a light fire support ‘Mech.

Introduced in 2610, the WTH-1S Whitworth was armed with two SRM-6s, three medium lasers, and sufficient heat sinks, armor, and ammunition to stay in the fight far longer than the Wasp. Although a capable brawler and dangerous to any ‘Mech in its weight range, the Whitworth‘s Achilles heel would be its lack of speed. Whitworth Company engineers failed to consider the real-world combat environment faced by a 40-ton ‘Mech, which often required a hasty retreat when heavier units arrived. Without the option to flee, WTH-1S MechWarriors were often forced to either surrender or fight to the last.

Saddled with a poor reputation, Whitworth Company went back to the drawing board. The WTH-1 model, introduced in 2689, eschewed the original variant’s short-range missiles in favor of paired LRM-10s. This gave the 40-ton ‘Mech significant long-range punch and made it far better suited for light and mobile fire support. Whitworths of this variant became common in the SLDF, serving alongside Wolverines and Phoenix Hawks in medium striker lances or otherwise providing long-range fire support to lances of Warhammers and Riflemen. 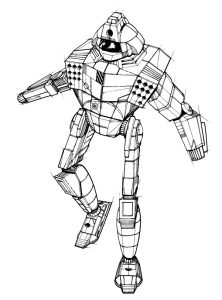 A particularly noteworthy variant of the Whitworth is the WTH-0. Made exclusively for the Amaris Dragoons regiments of the Rim Worlds Republic, the WTH-0 was based on the WTH-1S, only its paired SRM-6s were filled with inferno rounds and one of its medium lasers was replaced with a flamer. The few WTH-0 built were notorious for their use as terror weapons, being used to flush out dug-in urban positions without a care for the collateral damage the inferno rounds caused. WTH-0 Whitworths became a special target for vengeful SLDF MechWarriors during the Amaris Coup such that no examples survived the civil war.

In fact, relatively few Whitworths survived the Succession Wars. With the destruction of Whitworth Company’s Dieron factories in 2776 and the near-constant fighting over the proceeding years of the Amaris Civil War, Whitworth attrition was such that only around 300 examples remained by the start of the Succession Wars. Many more Whitworths were lost in the centuries of warfare that followed as machines were cannibalized for parts.

The Whitworth may have even gone extinct were it not for the introduction of Whitworth Specialty Manufacturing, which began producing replacement components exclusively for the Kuritan military. This gave the DCMS the largest active complement of Whitworths by the start of the Fourth Succession War. It was rumored that the corporation’s semi-revival was part of a deal between then-Gunji-no-Kanrei Theodore Kurita and ComStar to also supply replacement Whitworth components to the secretive communications company. 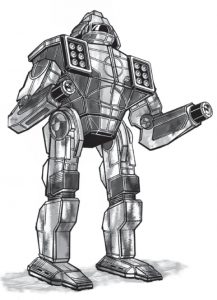 Although an adequate ‘Mech in 3025, the Whitworth was hopelessly outmatched by the time of the Clan Invasion. An upgrade package dubbed the WTH-2 was introduced in 3050 that used Star League-era technology in hopes of meeting the Clanners on fair terms. Adding Artemis Fire Control in place of two medium lasers, MechWarriors were divided on whether the enhanced accuracy of their missiles was worth the trade of most of their energy-based weapons. By 3060, most WTH-2s had been decommissioned, sold to mercenary companies and periphery nations, or scrapped.

A far better upgrade of the venerable WTH-1 came in 3068 with the introduction of the WTH-2A. Using an Endo Steel chassis to save weight, the WTH-2A swapped its LRM-10s for four Streak SRM-4s and a C3 slave unit, dropping the head-mounted medium laser for a small laser, and adding CASE to keep the Whitworth’s ammunition bins from catastrophically exploding in the event of armor penetration. An additional four double heat sinks kept the ‘Mech remarkably cool, although the Whitworth’s original problem–an anemic engine that provided insufficient running speed–remained an issue. 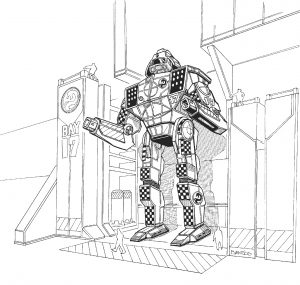 By the Jihad era, all remaining WTH-1s remaining in storage with House Kurita were upgraded to WTH-K standard. The LRM-10s were replaced by two MML-7s, allowing pilots to choose between SRM or LRM ammo bins, depending on the situation. A C3 slave unit linked the Whitworth’s targeting computer to its lancemates, and five improved jump jets gave the WTH-K the ability to disengage in certain scenarios.

The World of Blake Jihad would ultimately prove fatal to the Whitworth. With the fighting on Benjamin damaging Whitworth Specialty Manufacturing, and with very few Whitworths left to refit, the ‘Mech was replaced in the DCMS by newer, more effective units. Whitworths can still be seen in the outer periphery amongst pirate bands and mercenaries, but no new Whitworths have been produced in well over a century.