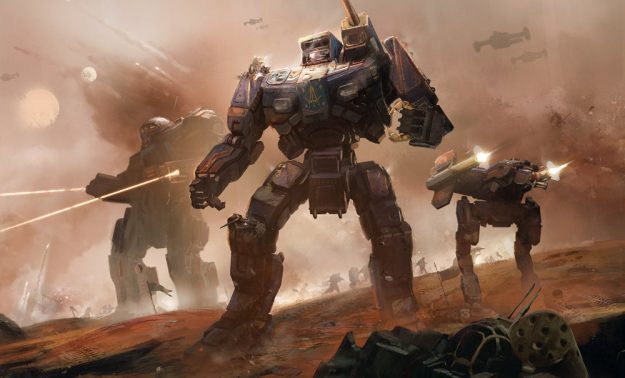 It’s going to be a fantastic week for BattleTech video games.

The day we’ve all been waiting for is finally almost here. Steam codes have been sent to all Kickstarter backers, pre-orders are available for pre-loading, and on Tuesday, April 24th, we finally get our hands on the finished product, hot off the digital presses from Hairbrained Schemes.

BattleTech is about to arrive.

We’ve had our paws on the multiplayer beta for some weeks now (and did a write-up on the experience a while ago), but this will be the first time we get our hands on the single-player campaign (unless you were one of the lucky few influencers that got an early download to show off on Twitch). As a connoisseur of Harebrained’s Shadowrun series of games, I have high hopes that the single-player experience lives up to the high bar set by their previous turn-based RPGs.

And while we of the BattleTech faithful are obviously hyped for BattleTech‘s arrival, we’re not the only ones. As of the time of this writing, BattleTech is number two on Steam’s top sellers list, beating out such juggernauts as PlayerUnknown’s Battlegrounds and Far Cry 5. That’s high praise even for a game developed by giants in the industry, let alone a small developer like Harebrained.

We’ll have a preliminary review of the game up in the coming weeks after I’ve gotten a chance to play through a few hours of the campaign. 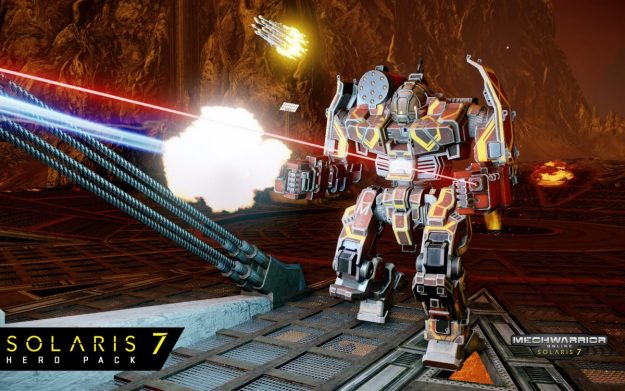 In other news, MechWarrior Online has released their latest update that brings Solaris 7 to their online shooter. As the name suggests, rather than 12v12 company-level brawls, or 8v8 strategic fights in the case of faction play, Solaris 7 pits MechWarriors in single combat.

The game changes drastically when you only have a single opponent. Suddenly you no longer need to consider bringing enough ammunition to last you an entire protracted battle. Rather, the goal is to pump out as much damage as possible as quickly as possible to bring your opponent down before he can do the same to you. This opens up a completely new meta in ‘Mech designs, and folks are already throwing up some creative new builds on the various online forums.

On top of that, Duncan Fisher‘s announcing brings a level of immersion that was previously missing to the game, and the MechWarrior Online developers PGI are giving away a free ‘Mech just for logging in: the UZL-3P Uziel!

There’s still time to get the rewards for pre-ordering BattleTech, and MechWarrior Online is still free to play so you can download that and start playing right now. There’s never been a better time to be a BattleTech gamer.