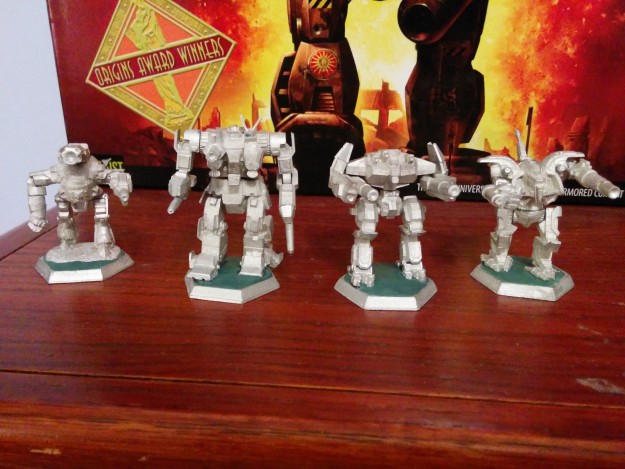 These models were not notably difficult to put together. The only that probably gave me the most trouble is also my favorite, the Lament. Some of the joins are on the narrow side, as you might be able to notice like with where the torso meets the hips. Nothing too challenging, however. The Lance was a fairly easy modeling project.

2. Primer and Base Coat 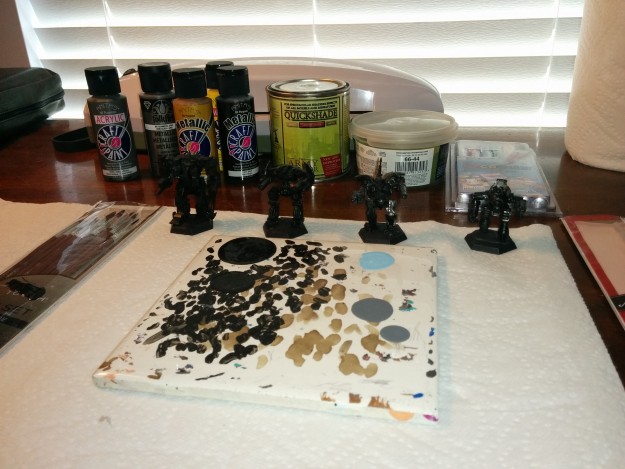 After assembly, the models were spray painted with P3 Black Primer. I then used a metallic black to paint the base coat over the primer. I use the metallic paint because I discovered that my flat black missing, and since I planned to Quickshade and matte varnish anyway, I figured it would be ok. It did make getting good progress pictures a bit of a challenge, though. 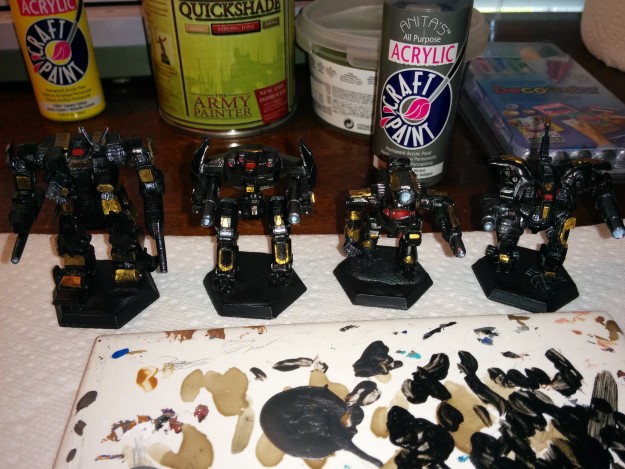 Pretty much just drybrushing for these, using an acrylic line of paints from Hobby Lobby. Nickel, gold, and then some lighter blue and some red for cockpits and weapon barrels. Like most of my projects, I paint for a decent tabletop presentation level that will look fairly good under inspection but never has a chance to win any awards. I just don’t have the patience or the want to paint to a level beyond that, but it works pretty well for me. 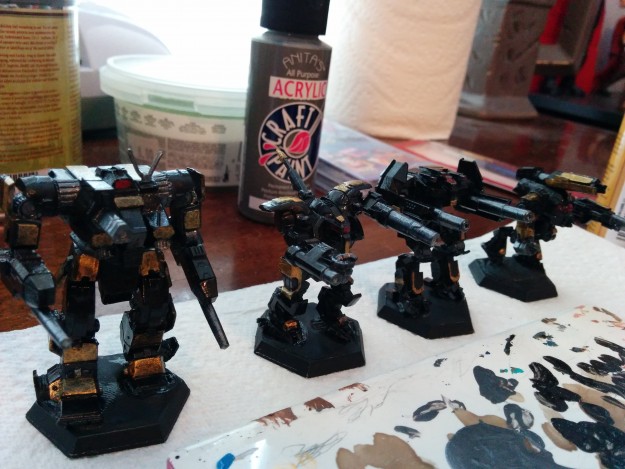 After the paint dries, I painted a good coat of The Army Painter brand Strong Tone Quickshade over the models and let them dry for about 36 hours. I’ve been told that one only really needs to let the Quickshade cure for 24 hours, but I like to be sure. The reason for letting the Quickshade cure for so long is that it tends to frost over it varnish is applied before it is completely set and cured. I prefer to avoid this problem.

After waiting for the Quickshade to fully dry, I covered the bases in basic flock (shown in the final set of pictures, below) using Elmer’s Glue and a q-tip for application. 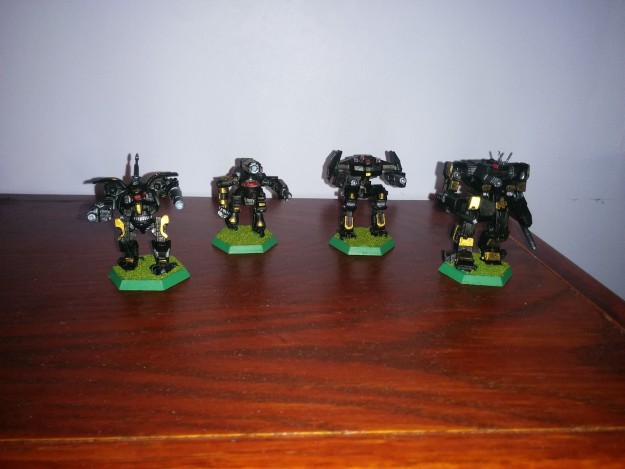 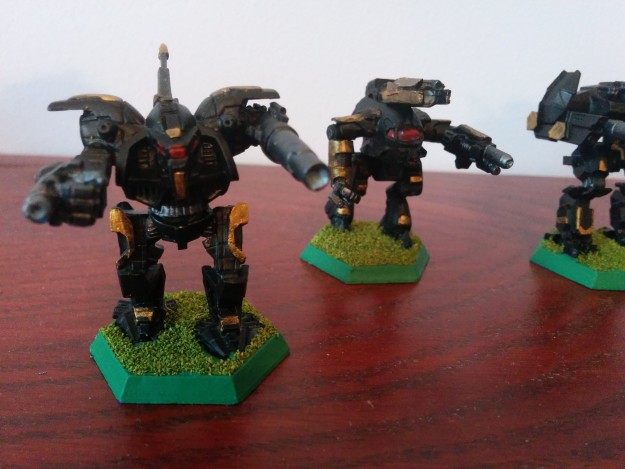 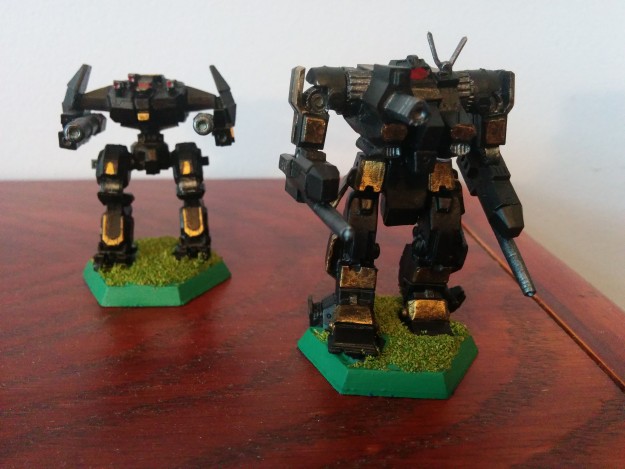 After all of that, just a quick trip outside for a couple of coats of matte varnish, and here we are! This Lance is all set to take to table next week for our Alpha Strike Saturday games.

A hobby can be a big commitment. It requires far more attention to detail and planning than a video game does, and it is very easy to put off projects just because there are easier things to do that will be just as fun, probably more so at the time.

Still, there is a great sense of accomplishment to be had when you finish a project, and I am happy with how this one turned out. Hopefully seeing and reading about my latest project will draw you back into whatever it is that you’ve been putting off for a while.

Want to start your own BattleTech hobby project? Iron Wind Metals produces great models for BattleTech and other games.