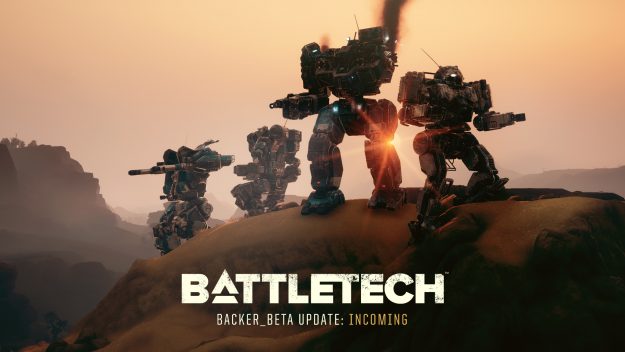 The BattleTech Single Player Beta is in full swing, with Harebrained Schemes crunching numbers and parsing data like no other developer has done before! Actually, I’m sure lots of developers have done it before, but this developer is working on a BattleTech game, so we’re giving them extra props.

It’s been nearly 2 months since the last Kickstarter Update after the release of the Single Player Beta, so that means it’s time for everyone to check in and see what’s happening next in terms of development. And what’s next is both exciting and a little bit disappointing, but mostly exciting. We’ll cover the exciting bits first.

As previously mentioned, HBS has been using feedback from the Single Player Beta to refine the player experience, and they’ve got a “significant” number of changes planned for the next update. Some of the weightier changes to be made include “major revisions” to the Evasion, Sensor Lock, and Evasive Move abilities, various balance tweaks to loads of weapon systems, a global heat reduction of 10%, and UI enhancements both in and out of combat.

That’s not all! There are quite a few other major changes on the way. The Morale mechanic is being completely replaced by a new system after survey feedback revealed that it unbalanced battles in favor of whichever side got the early kill, providing a snowball effect for that team. What the new system will be is anybody’s guess, but it was redesigned specifically to remove that snowball effect. 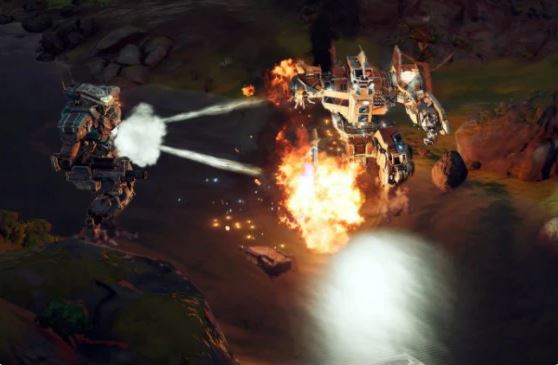 Another major revision is the way critical hits work, becoming both being more frequent and more powerful. Only one lucky shot is required to set off a deadly ammo explosion from the previously required two, which means you should find ammo dependent ‘Mechs to be a little more vulnerable than before. Vital components, like weapons, actuators, and gyros will now take one shot to become damaged, and then become destroyed on the second crit.

Perhaps the most impactful revision is enhancements to enemy AI. Now instead of just being lumbering robots that move and shoot they’ll be lumbering robots that move, shoot, and use abilities. Also, all MechWarriors are getting a second ability, so this is sure to jack up the difficulty level to a place where I might feel inadequate, but I’m sure the rest of you will appreciate the challenge.

Finally, hot in from the BattleTech game forums comes Mitch with an update to the ‘Mech roster: the Firestarter is coming to BattleTech!  Get ready to light the world on fire with this highly flammable light ‘Mech. Fire retardant clothing is recommended.

Expect to see the Single Player Beta receive these updates by the end of the week.

Also coming up is a “Double-Secret” Multiplayer Beta Test, where the nascent multiplayer mode will be made available to eager beta testers who sign up for it. The Kickstarter Update did mention this is a very early test, which is why they’re not just rolling it out to everyone. Expect crashes and disconnects as they work out the bugs.

The Multiplayer Beta will be running for a few weeks while they work out the worst of the issues before rolling it out to the rest of the backers on a future update. Sign ups will be coming in a future Kickstarter update, so stay tuned there. 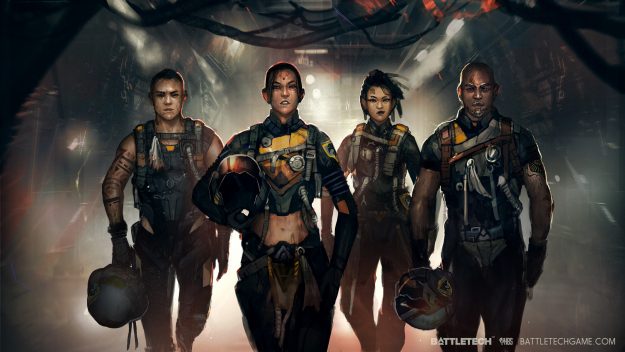 And finally a bit of a bad news to round out all the good. This one comes straight from Jordan himself to soften the blow somewhat; the release for BattleTech has been postponed to the early part of 2018.

As Jordan writes in his update, “The message we’ve received has been clear, ‘Don’t rush it, just make it great.’” Truer words were never spoken. I’d far rather receive a fantastic game a year late than receive a crappy game a few months early. Nobody wants to see BattleTech get the EA treatment of being rushed out the door just to meet some corporate bigwig’s deadline.

Once again HBS has shown that the community is developing this game just as much as the coders are, and they’re both willing and eager to accept feedback to make the best game possible. While nobody wants to hear delays, the open communication is something both rare and essential when creating a game for a community as passionate as BattleTech’s.