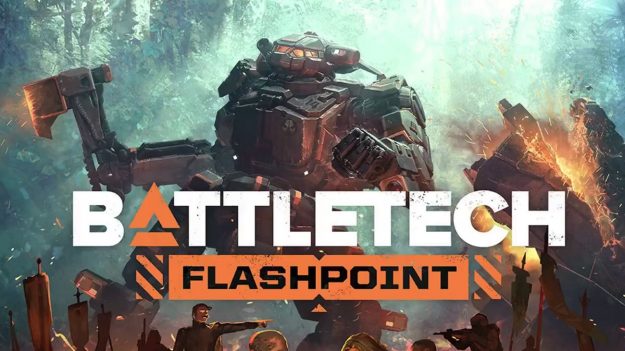 BattleTech is about to get its first expansion called Flashpoint.

We knew this day was coming. BattleTech has been a great success for Harebrained and new publisher Paradox Interactive, and various HBS personalities have been dropping hints for a while that an expansion was in the offing. Now it has a name: Flashpoint.

Rather than a whole new campaign to play alongside the original, Flashpoint will instead be a whole bunch of smaller stories that are book-ended by procedurally generated missions. Some of them have to be played back-to-back without any opportunity for rest and refit, adding to the sense that you’re a mercenary company on extended operations in the field.

New conversation options, no critical decisions, and new special events will all find their way into Flashpoint’s multi-story campaign.

There’s no word on whether you retain your company from the original campaign or start a brand new merc company with the new story. We’ll have to wait for more details on that one.

We here at Sarna know that fantastically written stories will only take you so far. Harebrained knows that too. That’s why they’re adding three new ‘Mechs to the game, and for the first time ever, one of them has a melee weapon: the Crab, the Cyclops, and the Hatchetman.

I’ll let that sink in for a moment. The Hatchetman. For the first time ever, you’ll be able to swing your big, stupid ax at some schmuck and watch them literally come apart at the seams.

Unfortunately, due to the momentous occasion of the Hatchetman arriving in a BattleTech video game, I won’t be able to extoll the virtues of the Crab or Cyclops--both fantastic ‘Mechs in their own right. The Hatchetman is just that big of a deal.

Alright, let’s take a few deep breaths before we move on.

We don’t have a release date other than the standard “coming soon” at the end of the teaser video. If Paradox follows the same pattern with expansions for their other games (and as a player of Stellaris, I’m intimately familiar with this pattern), then we can expect a price around 20 bucks (or $30 if you’re an unlucky Canuck like I am).