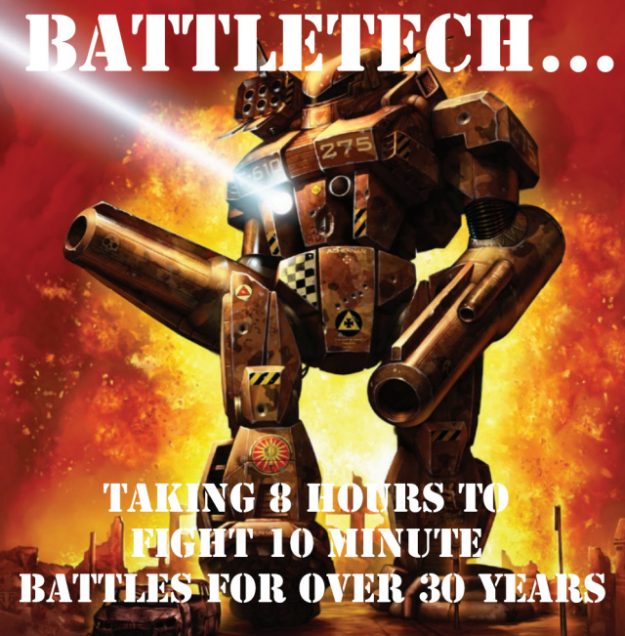 He’ll be the first to admit that some fanfic is good, and the good stuff will find its way to BattleCorps, and maybe even one day become a published novel. But the vast majority of fanfic that crosses his inbox brings Pardoe, in his own words, “one step closer to that aneurysm that I know is coming.”

As a tribute to the many years of awful fanfic, Pardoe has created the ultimate BattleTech fan fiction

I won’t go into too many details and spoil it for you, however as a teaser, Operation Total Freakin’ Awesomeness follows Lieutenant Cody Whiplash Brightstar – callsign Tight-Testicles – as he battles Star Commander Shamalamadingdong – a warrior of Clan Tin Sloth – for control of the Lyran planet Urban. Classic Inner Sphere versus Clan hijinx ensue.

I should also note that Mr. Pardoe has gone to great lengths to ensure that his greatest story doesn’t land him in legal troubles (as is so often the case with BattleTech) – the story is littered with trademark and copyright symbols, just in case people got any smart ideas on lifting his stuff.

With this latest short fiction sure to become canon, I eagerly await the creation of the Clan Tin Sloth emblem, for which I will pay real c-bills to put on a t-shirt and wear with pride. To those artists reading this post, I implore you to post your links in the comments section below.