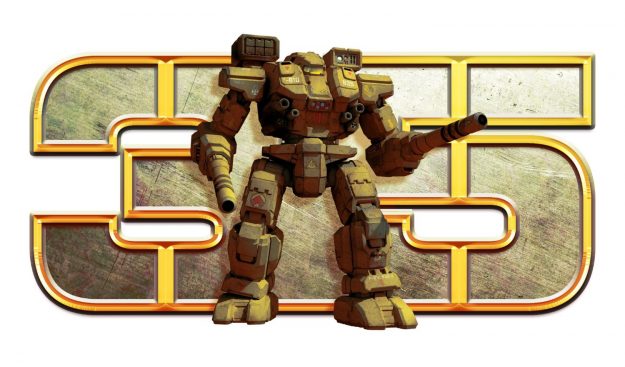 Catalyst Game Labs is celebrating 35 years of BattleTech with a huge release of new products.

Way back in 1984, FASA corporation created a game universe that would inspire countless novels, sourcebooks, and video games. Well, actually, not all that countless, but I’ve never bothered counting them all, and I’m sure it’s a very high number.

To celebrate BattleTech’s 35th birthday, Catalyst Game Labs–the lovable rapscallions that serve as arbitrators of BattleTech lore and it’s tabletop roots–are giving in fully to their capitalist urges and holding a massive release of some exciting new products.

On Wednesday, January 23rd, a bunch of items went up for grabs on Catalyst’s website and in your local games retailer, starting with the box sets. Both the Beginner Box Set and BattleTech: A Game of Armored Combat will be available in-store and online starting on Wednesday. 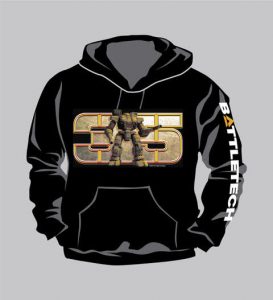 That’s not all: Shattered Fortress will also be available in major retailers on January 23rd, and is already available on Catalysts’ website (and has been for a few weeks now). On top of that, a 35th Anniversary Edition of the BattleTech Manual will hit Catalyst’s online store which features all previous errata and the coveted 35th-anniversary logo.

Look at that Warhammer. Doesn’t she look pretty? Wouldn’t you like one on a t-shirt or something?

Well, good news! Catalyst has developed a mind-reading machine that can also see into the future and has prepared a bunch of 35th-anniversary merch with that same Warhammer logo! That includes a t-shirt, hoodie, and a pin for when you’re forced to be fancy but still want to show your love of BattleTech to the world.

And the Warrior Trilogy is back in stores for an anniversary edition PDF or Print on Demand. I’ve read all those stories twice now, so it’s a little less interesting to me, but if you haven’t read them before, you really should. 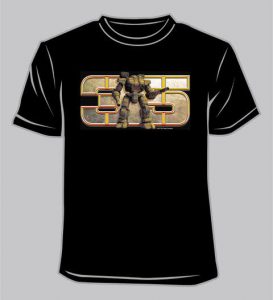 Now, normally we stick with BattleTech related items on Sarna, what with it being a BattleTech wiki and all, but Catalyst also watches over Shadowrun which is another FASA-born universe that I have much love for. If only the rules weren’t a complicated mess in desperate need of some D&D 5th edition simplification, I’d be playing it as my tabletop RPG every week.

It’s also Shadowrun’s 30th anniversary, so Catalyst has a bunch of new PDF sourcebooks and merch on sale too. A unique 30th-anniversary logo adorns a t-shirt, hoodie, and pin just as with the BattleTech merch, allowing you to show your love of the Sixth World in style.

Full details can be found over on Catalyst’s website.

And as always, MechWarriors: Stay Syrupy