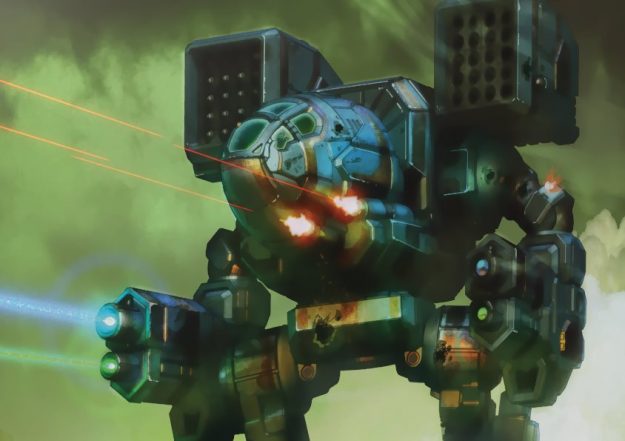 It looks like the new box sets Catalyst released earlier this year (technically last year, but they got a little held up) sold pretty well. So well, in fact, that not even six months later Catalyst is planning a big expansion. And there’s only one thing that could make an even bigger splash than the arrival of the new box sets. 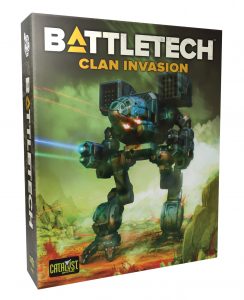 Is it the Clans? It’s the Clans, isn’t it? It’s totally the Clans.

Yes, the Clan Invasion is about to come to BattleTech: A Game Of Armored Combat. Only it won’t be coming in the same way the box did. Catalyst will be paying for BattleTech’s first expansion by crowdfunding it on Kickstarter, which is another first for the BattleTech board game.

As you’d expect, the Clan Invasion will add brand new Clan ‘Mech models redesigned in the same awesome way as with the original box set’s minis. According to Catalyst’s recent update, the new ‘Mechs will hold “to the spirit of their original design while embracing a modern aesthetic.”

So what do we know so far? First, there will be the core Clan Invasion expansion, which will include 5 new minis, one of which is the iconic Timber Wolf (or Mad Cat, if you’re a Spheroid). This expansion will also contain added documentation for the new Clan tech, new maps, “and more.” 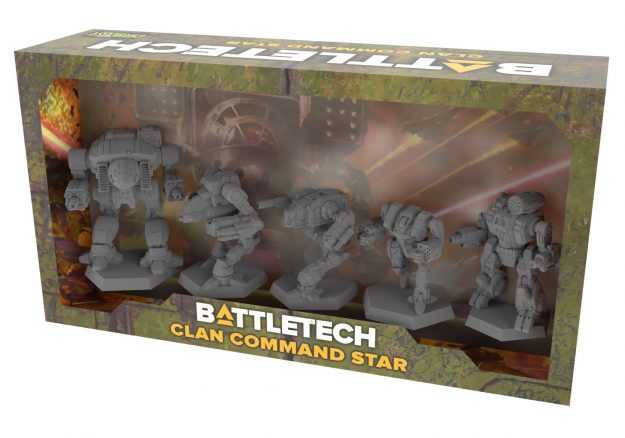 Next will be two smaller Clan expansion packs modeled after a Clan star. The Command Star Expansion was pictured on Catalyst’s page and looks to include a Summoner (Thor), Shadow Cat, Mist Lynx (Koshi), Dire Wolf (Daishi), and Stormcrow (Ryoken). The Attack Star Expansion wasn’t pictured, but we’re told it contains a Warhawk (Masakari) and a Nova Cat, as well as three more.

That leaves a lot of Invasion-era ‘Mechs unaccounted for. Off the top of my head, there’s the Fire Moth (Dasher), Kit Fox (Uller), Nova (Black Hawk), Viper (Dragonfly), Mad Dog (Vulture), Hellbringer (Loki), Ice Ferret (Fenris), Gargoyle (Man O’ War), and Executioner (Gladiator), which conveniently would slot into the 9 Clan ‘Mechs still to be confirmed in the Clan expansion. 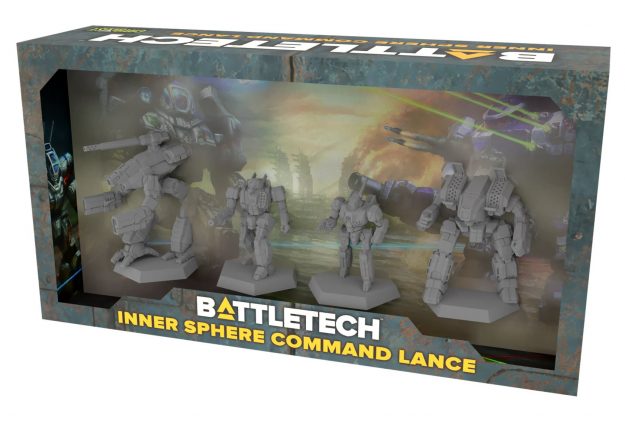 As much as people will be excited for the Clans, we know they’ll be equally excited (if not more excited) to see more Unseen ‘Mechs return to BattleTech. Two Inner Sphere lances will feature lost designs, with the Command Lance shown to include the Marauder, Archer, Valkyrie, and Stinger, while the Attack Lance is said to have the Phoenix Hawk and Warhammer.

Still no sign of the Rifleman, but maybe it’ll be one of the other two chassis in the Attack Lance.

The Kickstarter starts on July 17th, and will include stretch goals for even more Inner Sphere and Clan ‘Mechs. There will also be other stuff, such as “exciting new BattleTech merchandise, the latest rulebooks, sourcebooks, boxed sets, and more!” As expected, details are scant on what will fit where, but you can expect to find out more (and likely discover the full roster of ‘Mech designs) once the Kickstarter begins next month.

And as always, MechWarrior: Stay Syrupy.