UPDATE: Whoops! Looks like I screwed up: it’s the Record Sheets portion that’s new, not the Technical Readout itself. Either way, go get it!

Catalyst Game Labs have announced a new compilation technical readout volume as well as a new version of the all-important BattleTech Manual. 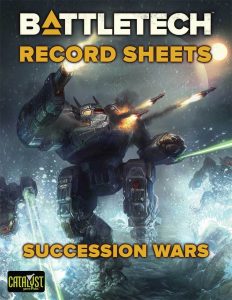 With the new box sets finally having made it to stores, it’s time for us to look towards expanding the new players’ repertoire. While the latest full version of the game, ‘BattleTech: A Game Of Armored Combat, came with the new BattleTech Manual, it didn’t come with an exhaustive list of every ‘Mech featured during the Succession Wars Era of BattleTech.

So Catalyst made a new tech readout with all of them in it. Simple problem, simple solution. 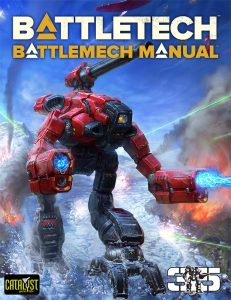 And it’s got some sweet cover art. Love me a Dragon, Jenner, and Panther Kurita lance.

Catalyst has also made the latest version of the official BattleTech Manual available for purchase as well at the same prices as Succession Wars. It has all the latest updates and errata already included, and another spiffy new cover art that would look sweet on anyone’s bookshelf.

I mean, who can say no to that Marauder? Anyone? I didn’t think so.

Get ‘em both today at Catalyst’s store.