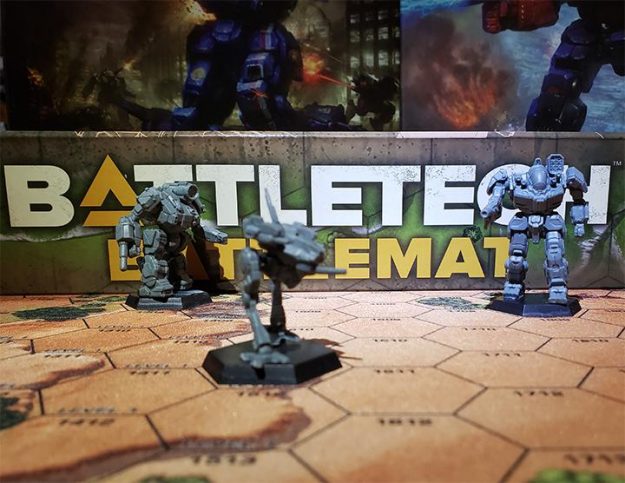 Hello again, ‘Mech fans! We’re back with another update from Catalyst Games as they’ve announced new products to add to the successful release of the latest box sets, starting with the previously mentioned new map packs.

The first new map pack is simple called “Grasslands”, and as the name implies, it’s all about fighting on generally flat, grassy plains. Not a whole lot of difficult terrain, forests, or water to get in the way of a good slugfest here. Just a good, old fashioned, stand-up shootout. 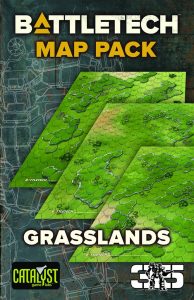 Grasslands comes on 6, double-sided, 17″ x 22″ paper sheets, which means there’s actually 12 maps total. Each map can be flipped and swapped to either side and then lined up to make whatever grassy battlefield you desire. All maps feature the new art aesthetic that’s showcased in the new box sets, and 10 of those maps are brand new, never-before-seen designs.

You can pick up Grasslands for $29.99 on the Catalyst store, or wait until April 17th for them to arrive at your local games retailer.

Next up is an even more exciting map pack called BattleMaps. These are 4, larger, neoprene maps that come in 4 different flavors: Desert, Lunar, Alpine, and Savannah. But wait, that’s not all! On the other side of these maps are the Grasslands maps, so you get to double your battlefield possibilities.

Each BattleMap is 36″ x 22″ and is only available on the Catalyst web store. Each one sells for $29.99, but you pay for durability on these bad boys.

Along with new maps comes new fiction. Everyone’s favorite Michael Stackpole is back with a trilogy of new short stories that describe the Kell Hounds’ founding an early years as Morgan and Patrick Kell fought tooth and nail to create their own mercenary company. 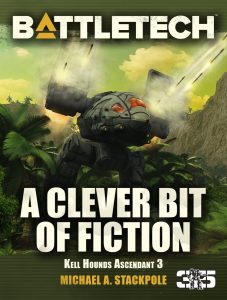 The first book is entitled Way the Smart Money Bets and is available now, while A Tiny Spot of Rebellion arrives March 22nd. A Clever Bit of Fiction concludes the trilogy on March 27th. Each is available for $3.99 wherever good e-books are sold. Sorry, no paper release is yet planned for this trilogy.

We’ll conclude this bit of BattleTech consumerism with a bit of an update on the Beginner Box Set, which is back in stock online and in store. The reprinted Total Warfare manual is now out of stock, but a reprint is underway, while the reprinted TechManual is currently available online but not quite yet available in print–but Catalyst expects to have it available soon.