While things have been pretty exciting on the video game side of BattleTech, the tabletop side of things is also having their own renaissance with the upcoming release of two brand new box sets.

Catalyst Game Labs’ own Brent Evans is on the warpath ensuring that every news site worthy of the name gets the heads up that new products are just around the corner. He and a group of tabletop game developers were recently interviewed by TechRaptor on the upcoming games, and while there wasn’t a whole lot that we didn’t know about from the last time we here at Sarna spoke with Brent, there were a few neat tidbits that are certainly worth sharing.

First, there will be no new rules or revisions to the core tabletop game, but there will be some streamlining as well as a “tips of the trade” section to help new and veteran players simplify and speed up gameplay. It’s something that’s been discussed but never really implemented and should be a nice addition to the core box sets.

Brent also discussed some of the nu-seen or re-seen designs and how Catalyst, MechWarrior Online developers PGI, and BattleTech makers Harebrained Schemes all engaged in artistic “one-upmanship” to make our beloved ‘Mechs bigger and badder than ever. 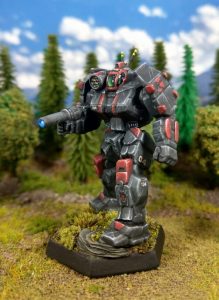 “The video game designers have pushed the look and feel of BattleMechs in wonderful new directions, while we endeavor to stay closer to the spirit of the originals – which is frankly as it should be in an IP with multiple licenses,” revealed Evans during the interview. “PGI brought in Alex Iglesias as their Lead Art Designer and we answered back with Anthony Scroggins. Then HBS unleashes Mike McCain on the Inner Sphere so we raise the game with Marco Mazzoni.”

Really makes you wonder what would happen if we got all those artists into the same room. Or better yet, hold a contest to see which one can make the best redesign of something obscure that hasn’t been touched recently, like a Hatchetman or a Bombardier. 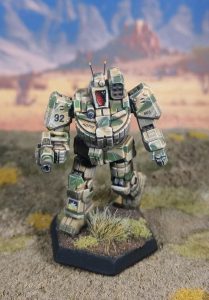 Finally, we get a glimpse at what goes on in the minds of some of BattleTech’s key players. Specifically, what they’re favorite ‘Mechs and factions are!

Brent is partial to the Shadow Cat for its speed and power and admits to always tapping Clan Wolf when it comes to making his units. Ray Arrastia, BattleTech Assistant Line Developer, admits to being a fan of the classics and picks the Marauder as his favorite while enjoying the Federated Suns as the universal good guys (most of the time). Catalyst Fiction Director John Helfers goes all-in on the Battlemaster, a superb choice, but laments the destruction of his favorite clan, the Smoke Jaguars.

Senior Editor Aaron Cahall is a MechWarrior after my own heart. He picks the Wraith as his top ‘Mech, while goes for the equally obscure Outworlds Alliance as his favorite faction.

For more, you can check out the interview here.