I never really heard about this piece of obscure lostech until I began reading up on some of the Star League materials. Even then the Chameleon LPS wasn’t really widely known due to high classification: The system was used by mainly special operations forces until the Word of Blake used the lostech to develop mimetic and stealth armor.

But now, Professor George Eleftheriades and PhD student Michael Selvanayagam from The Edward S. Rogers Sr. Department of Electrical & Computer Engineering have developed technology that sounds remarkably like the LPS, as well other science fiction cloaking systems. According to an article from phys.org, the system works by “surrounding an object with small antennas that collectively radiate an electromagnetic field. The radiated field cancels out any waves scattering off the cloaked object.”  Their paper, “Experimental demonstration of active electromagnetic cloaking” was just published in the Physical Review X Science Journal. 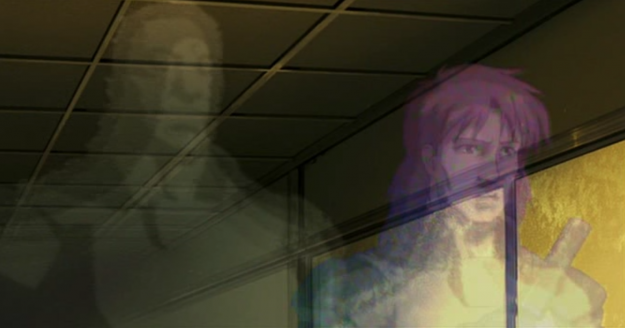 Broad-spectrum camouflage is no stranger to sci fi. Ghost in the Shell: Stand Alone Complex by Production I.G

Technology that visibly cloaks an object has been experimented with since about 2006; using thick shells of ‘metamaterials’ that made the application impractical. But this new system that uses a series of tiny antenna loops can be printed into a fabric like a blanket or skin. And though they need to attune the system manually towards that area of the electromagnetic spectrum they want to cancel out- which includes radio (and therefore Radar) as well as visible light, but in the future will be able to behave like an active sensor that can automatically detect which wavelengths need to be cancelled. Phys.org uses the analogy of electronic noise-cancelling headphones. Eleftheriades said that there were more apparent applications for radio than for visible light, but both use the same principles.

Eleftheriades and Selvanayagam aren’t alone either. Kyoungsik Kim from the University of Yonsei, Korea has been working on minimizing the amount of metamaterials necessary to cloak an object in this Phys.org article from last year.

The military applications are obvious- science fiction has taken care of that. But other applications include creating signal-free zones that keep radio waves from interfering with some kinds of sensitive equipment. Or creating cell network and radio free zones within certain buildings as a security measure against espionage. I wonder if it could help harden electronics from damaging Electro Magnetic Pulse effects and solar flares? The possibilities are great, but that it could be used to make military forces ‘invisible’ just makes the technology that much sweeter. And terrifying.