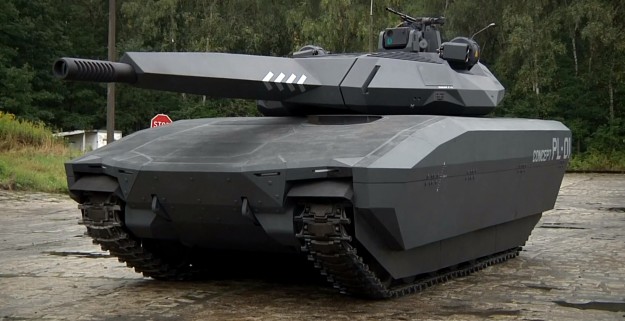 Since then, especially in recent years- there has been a lot of experimentation in more up-to-date active camouflage ideas. From updated Yehudi systems to light-bending techniques. Among other goals, the Department of Defense is looking to make their drone aircraft even more difficult to spot.

Now an engineering team out of UC San Diego are working on a new advancement that not only bends light to hide an object, but can also harness some of that light similar to a photovoltaic cell.

According to this article from the DoD Science Blog the new cloaking system uses a, “Teflon substrate, studded with cylinders of ceramic, that is  thinner than any prior development and does not alter the brightness of light around concealed objects. The Teflon has a low refractive index, while the ceramic’s refractive index is higher, which allows light to be dispersed through the sheet without any absorption. Compared to an invisibility cloak, this technology has not only the ability to conceal, but the ability to increase optical communication signal speed and to collect solar energy.”

I quote it because I have absolutely zero idea of how to interpret or paraphrase how it works- it sounds like Star Trek technobabble. Who knows how long it will take to implement such new materials into practical use. There are no doubt more uses than hiding military vehicles, but I’m pretty sure it won’t show up in commercial endeavors for several decades after we have stealth tanks and choppers.

Perhaps the new teflon substrate could be used to enhance the capabilities of the new Polish PL-01 stealth tank. At 12.5 long wide and less than ten wide, this pint-sized tank can still support a 105 or 120mm main gun as well as coaxial machinegun and Remote Weapon Station in a fully automated turret. The turret also seems to mount a Trophy countermeasure system for shooting down anti-tank missiles and rockets; as the pint-sized tank probably doesn’t sport nearly the same level of armor protection as its larger cousins. The heavily angled hull will partially make up for it; by both increasing the angle of incidence to deflect kinetic energy, and the relative thickness of the available plate.

The armor it does have, however is pretty special. In a system very much like BattleTech’s Null Signature System, Not only does the armor configuration of the PL-01 use the same anti RCS (Radar Cross Section) planeform alignment we’ve come to expect from modern stealth aircraft, but the armor can be heated and cooled to match ambient temperatures. The article doesn’t mention how the tank deals with thermal signatures emitted through engine exhaust- something null signature systems don’t need to deal with. But as a bit of speculation on my part, perhaps the tank uses a battery bank or hydrogen fuel cell to operate in ‘stealth’ mode akin to how diesel submarines operate.

Tanks this size can be easily transported by helicopter or air-dropped along with a special operations group to help support commando operations.

Is it me or are modern militaries getting more… Capellan lately?