You’re gonna love the news here, folks! Catalyst has revealed the ‘Mechs to be included in the upcoming BattleTech: Clan Invasion boxed set Kickstarter, and we’ve got a good spread on our hands.

The news comes from a recent update on the Catalyst website that gave us a sneak peek on what to expect. In addition to the box and rulebook art (which we saw in the earlier Kickstarter announcement), Catalyst has given us the five ‘Mechs to be included in the box set, and a few of them are personal favorites.

At the heart of the BattleTech: Clan Invasion Kickstarter is the Clan Invasion boxed set, an expansion to the bestselling BattleTech Beginner Box and A Game of Armored Combat boxed sets. Ready for a sneak peek? https://t.co/iPjYVPkdB5 pic.twitter.com/aKl5gr3QDN

Starting with the Nova (or Blackhawk, to you Spheroids in the audience). I’ve loved the Nova since the early days for its pug-nosed and fireplug stance. The lack of torso to twist was never really a big deal, especially when considering the Prime configuration has enough firepower to core an assault ‘Mech in a single blast.

But more than that, the Nova appeals to my love of workhorse line ‘Mechs. The Nova was cheap (at least, cheap in terms of Clan OmniMechs) and fielded by almost every Clan in the Kerensky Cluster. It could fulfill almost any role and was never looked down upon by Clan warriors.

Next we have the Grundel–sorry, I mean the Grendel. This is perhaps my favorite Clan ‘Mech. As with the Nova, it’s a workhorse design fielded by many Clans, but unlike the Nova, it was a late addition to the Clan Invasion of the Inner Sphere.

The Grendel was created by Clan Diamond Shark and sold directly to other Clans looking to refill their touman before the Battle of Tukayyid. It was more common to find in Clan Smoke Jaguar, which had lost more machines in its drive to Terra than competing invading Clans due to their straight-forward and unwavering combat style. 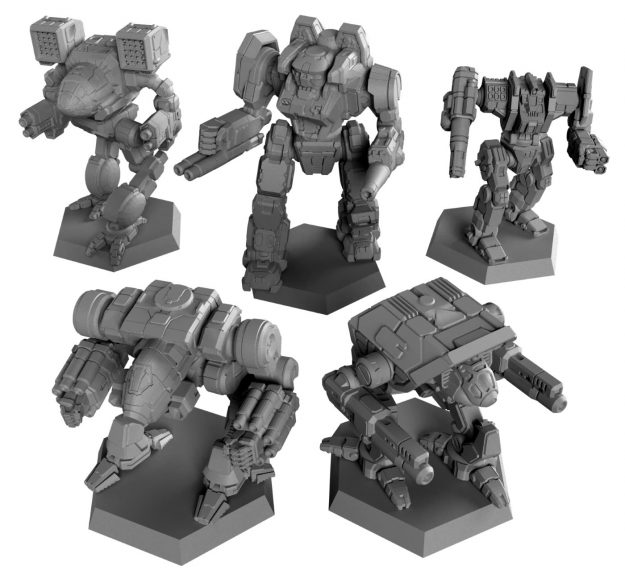 What I love most about the Grendel is that it’s fast, powerful, and incredibly maneuverable. Seven jump jets let it jump over almost any obstacle, while its various loadouts allow it to strike hard at any range. If I had to pick any Clan ‘Mech of the 3050-era as my favorite, it would be the Grendel.

Frankly, it’s a little surprising for the Grendel to be included over something like the Ice Ferret or Viper. The Grendel didn’t take part in the initial invasion and really didn’t show up until Tukayyid. As much as I love the design and think it could beat a Ferret or Viper any day of the week, it seems inappropriate to include in a box set themed for the Clan Invasion.

Then again, there are still more than a few ‘Mechs left unaccounted for, so perhaps the Ice Ferret and Viper will still make an appearance.

Anyway, next up is the Adder, another surprise that I totally forgot about when the Clan Invasion was first announced. Twin ER PPCs make it quite the potent little ‘Mech and it’s definitely tougher than the Kit Fox, which was another common light design.

Next is the Timber Wolf, the quintessential Clan ‘Mech and poster child for Clan tech ever since the original TRO: 3050 dropped. And then there was MechWarrior 2 and MechWarrior 3 which again used the Timber Wolf for their marketing.

I get that it’s a favorite design for a lot of folks out there, but to me, the Timby is just totally overused. Give me the Summoner, the Hellbringer, or even the Linebacker over the Timber Wolf. But I can’t fault Catalyst for giving the fans what they want, and there’s no denying the Timber Wolf is a strong machine. 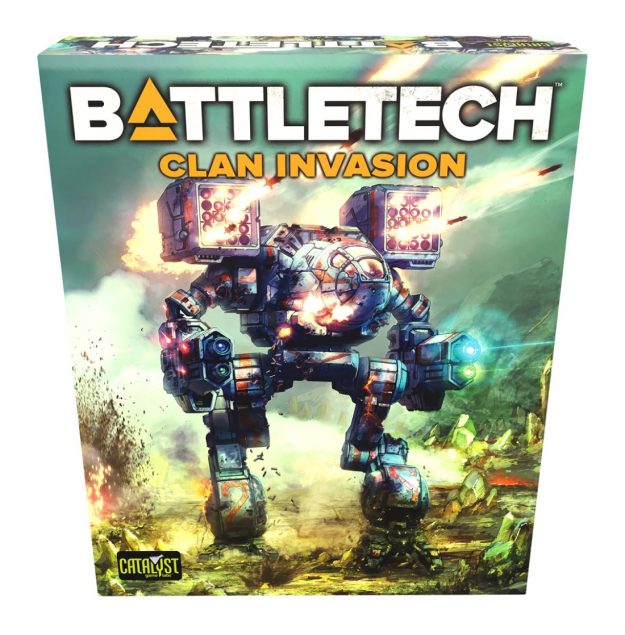 Finally, the Executioner. I’m not a fan of assault ‘Mechs in general, but I respect the Executioner for its speed and jump capacity. It’s out-gunned by many designs of equal weight, but nothing is able to withstand a blow and keep on coming than an Executioner. Perhaps best of all, it can keep up with the rush of smaller, faster designs thanks to its MASC. At least, for a little while anyway.

Catalyst has a full list of what you get with the Clan Invasion boxed set, including the 15-page Clan Primer, all-new 24-page novella, and Alpha Strike cards for the give designs mentioned. We also have a start date for the Kickstarter, which goes live on Wednesday, July 17th at 1 PM EST.

Head on over to the Catalyst site for the full deets. And maybe one of them can ship me the Grendel model before anyone else gets one. I’ve got a brother who would love to get his hands on one of these to paint ‘em up, and maybe do one for me too.