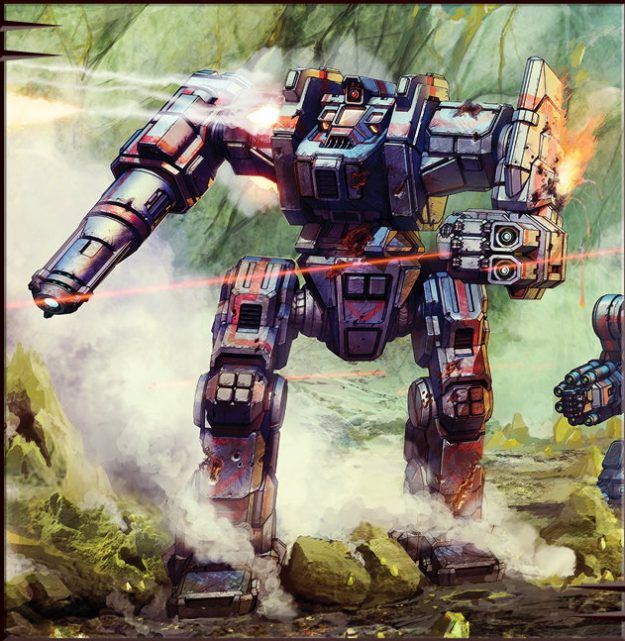 Catalyst’s Clan Invasion Kickstarter was fully funded in 7 freakin’ minutes. That’s pretty amazing. Then they hit all their stretch goals in just 20 minutes, resulting in Catalyst’s top brass frantically trying to create stretch goals to keep the momentum going. That momentum seems to show no sign of slowing down, even after having reached their stretch goal of $1 million on July 24th.

Currently, the Clan Invasion Kickstarter is sitting at $1.134 million as of the time of this writing, but that number is climbing so fast that I’m certain it will be out of date by the time this story gets printed.

The benefit of all this incredible support is an ever-expanding list of new ‘Mechs being added to other both Clan and Inner Sphere ‘Mech packs. You’ll have to go to the Kickstarter for the full listing, but a few standouts include a new Clan Fire Star pack with a Kit Fox, Cougar, Fire Moth, Nova Cat, and Warhawk. These, like every ‘Mech to be released here, are all brand new sculpts with Catalyst teasing their updated designs on both the Kickstarter page as well as their Twitter account.

You incredible people have hit 500 retweets for our Kickstarter post. As promised, here are three more in development drawings!! pic.twitter.com/8FmPlLLC4s

As you requested – the three previously-shared "In Development" images with the 'Mech name displayed! Keep re-tweeting the pinned post above to unlock more! pic.twitter.com/8Ij6VQrpKG

If you didn’t read your favorite ‘Mech in the above paragraphs, don’t fret–it’s probably somewhere in the ever-expanding list of stretch goals. Head to the Kickstarter page to see what else might be in store and maybe make a pledge of your own to grab your ride in miniature form.

With 19 days left to go, the $1.5 million stretch goal seems totally doable, and $2 million isn’t outside the realm of possibility. There’s some really need stuff left to unlock, including a charity event stream of MechWarrior 5 and the potential to choose two different ‘Mech packs instead of just getting one for eligible backers.

(UPDATE: Apparently a lot of these stretch goal ‘Mech packs have already changed. This Kickstarter is a very living project. The latest changes have been summarized on this Reddit thread courtesy of Cataphract40, but they could change even more over the next 2-and-a-half weeks.)