So in my earlier article, I mentioned that I got to speak to Robert Charrette thanks to Michael Todd, a BattleTech fan and historian who’s got his hands in a lot of personal projects (some of which we’ve even covered). Michael gave me what I felt to be a rather touching story of how he and Robert met, and I thought it was worth sharing in order to prove just how small of a BattleTech world we all live in. I’ll let Michael take it from here. 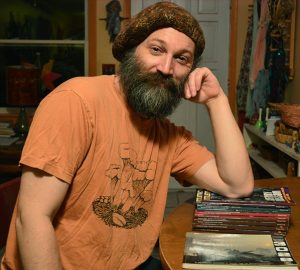 I started playing BattleTech back in the late ’80s with the second edition box set—the one with the cardboard ‘Mech cutouts. BattleTech was my first miniatures war game and my group would alternate between that and Dungeons and Dragons. Shortly afterward, I got my hands on Technical Readout: 3025 and fell in love with the game. Back then, the BattleTech universe had a gritty, post-apocalyptic feel. ‘Mechs were these ancient artifacts handed down over the generations whose workings no one really understood any longer. Owning one essentially gave you title, lands, and status.  Anyway, just like everyone else I’m sure, I spent countless hours altering the ‘Mech designs in TRO: 3025 until I had basically redesigned every ‘Mech in the book.

I played BattleTech regularly on through the Clan Invasion, eventually picking up the Third Edition box set in the mid-’90s.  Having a set of plastic miniatures to play with made the game so much better. Living in a small town, I didn’t really have access to Ral Partha miniatures and buying them by the pack was terribly expensive for a kid with no job. I do recall, however, splurging to buy a metal Battlemaster. I always thought that ‘Mech was the coolest one of all, mostly just because of the name and the heavy armor.

After college, I drifted away from the game until about five years ago when John Weddle from my old high school gaming group contacted me. He was going to be back in town once a month and wanted to get the old group together and play again. Damn him, he gave me a ragged copy of the original TRO: 3025 and just like that, I was back in love with the game again.  When I went looking to see how the BattleTech universe had evolved in my absence, I discovered Alex Iglesias’ MechWarrior Online concept art and was completely blown away by it. 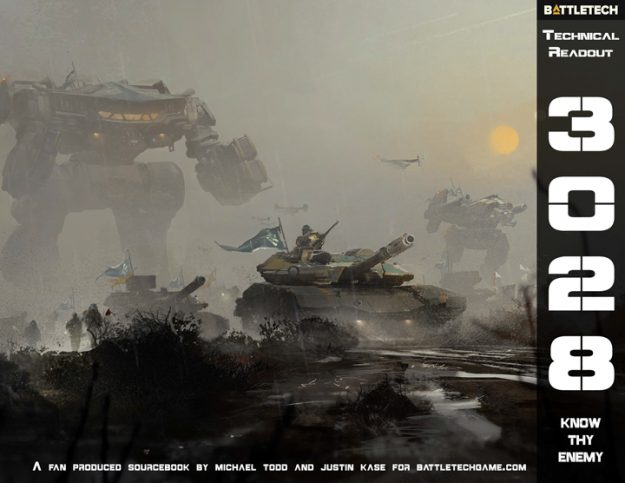 This led me to the creation of Technical Readout: 3028, essentially a remake of TRO: 3025 but with Alex’s art replacing the original Duane Loose illustrations. It also gave me an opportunity to write fluff for all of the original BattleMechs, along with a few support units as well. During the course of making TRO: 3028, I discovered the whole “Unseen” issue, where much of the “classic” BattleTech art I recalled so fondly had disappeared for legal issues.

As I dug deeper and deeper into the twisted tale of FASA, Harmony Gold, Studio Nue, Tatsunoko, and later Catalyst Game Labs, Piranha Games, and Harebrained Schemes, I began to have more and more questions. Much of the story is clouded in mystery with sealed settlements, rumors, and a few sordid tales along with way. Wanting answers, I started reaching out to some of the people involved with FASA, including Sam Lewis and Robert Charrette, both of whom I interviewed. My interest eventually resulted in another fan work of mine, Unseen: A History of FASA, Battledroids and BattleTech. 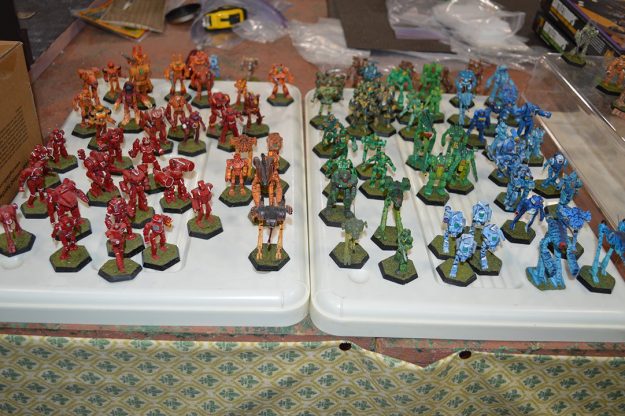 Ironically, I ran into Sam Lewis on the Appalachian Trail, which is not far from my home, and it turned out Robert Charrette lived relatively close to me. My first face-to-face meeting with Bob was absolutely incredible. At the time, I knew he had written the greatest BattleTech novel ever written, Wolves on the Border, but I hadn’t realized he had sculpted so many of the early Ral Partha miniatures. Before I knew it, I was holding the “green” of the Battledroids Behemoth and Bob was explaining how he had used parts from his grandfather’s watch to help fabricate it. My head was literally spinning as he showed what he could find of his miniatures collection, including Natasha Kerensky’s Warhammer, Jaime Wolf’s Archer—both with hand-painted Dragoons logo–and a Dragon that looked suspiciously like it belonged to Minobu Tetsuhara.

And, as if the miniatures weren’t enough, Bob showed me his set of plate armor, collection of training, and functional, medieval weaponry and what looked to me like his dojo, which it turned out it was.  He handed my son a wooden practice sword, pointed at a training dummy and started, first explaining, then demonstrating basic sword techniques. I don’t think I’ve ever been so blown away by a single experience as I was that day, except, perhaps my first Grateful Dead concert. 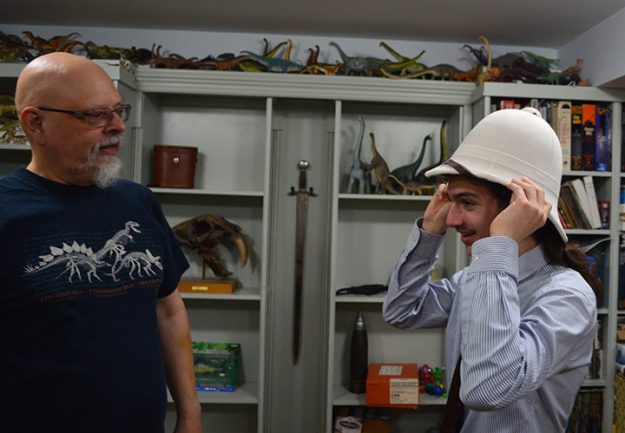 Since then, I’ve kept in regular contact with Bob and my son and I have visited him on numerous occasions.  A few months ago, having developed a new BattleTech obsession, this time specifically with Battledroids and the Japanese plastic models upon which they are based, my mind turned back to Bob’s amazing collection. So, I reached out to him and asked if he might be willing to share some of them with the BattleTech community. It seemed the perfect time. With Catalyst’s Kickstarter on the horizon, essentially all of Charrette’s original BattleMech sculpts were going to be redesigned and, presumably, the sculpts permanently retired as BattleTech moves towards a more modern aesthetic.  Thinking about it, it’s an amazing run, really. Bob’s sculpts have graced hex maps and terrain for 35 years and you can still buy new castings of many of his designs to this day from Iron Wind Metals. So, the idea of the “Charrette Collection” was born. And, with a bit of luck and a few sales, I’ll be able to offer additional pieces in the future.

Oh, did I mention that I held a series of prototype Clan OmniMech miniatures?  I saw these totally unfamiliar ‘Mechs in Bob’s collection, so I asked him about them. He said he wanted to play with the Clans before there were any OmniMechs miniatures. So, like the sculptor that he is, he simply made some. Go figure.

Thank for sharing this wonderful story with us, Michael. I hope you enjoyed it as much as I did.