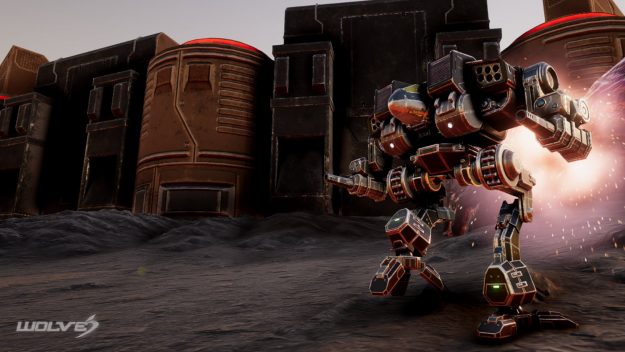 Welcome back to Community Outreach, where Sarna looks out across the internet to see what’s going on in the world of BattleTech. This week, we talk with Ryan “Pajama Boy” Lalande about New Day Fiction and Wolves, the fan-made MechAssault game.

I was so impressed with Wolves a few weeks ago when I downloaded the demo, I decided to reach out to the design team to see what’s up. Ryan got back to me and agreed to answer a few questions on the creation of Wolves, how the team got started, and where it plans to go in 2020. Also, whether or not they have a plan if they ever get sued. Enjoy!

Ryan “Pajama Boy” Lalande: My name is Ryan Lalande (I go by Pajama Boy online) and I’m the project lead of Wolves and the founder of New Day Fiction.

Sarna: What IS New Day Fiction? That is, how would you describe it to someone who doesn’t know much about it?

Ryan: New Day Fiction is a team created with the sole purpose of producing Wolves. The idea behind the name was to first and foremost, reference the original developers of MechAssault, Day 1 Studios but also to convey the idea that we’re not them, that we’re creating something new within the philosophy of MechAssault.

Sarna: When did New Day Fiction get started on Wolves?

Ryan: We started on the game around mid-2017 just before the summer. It took us a year just to get our footing and learn the hard lessons that one has to learn in order to actually produce a game so you could almost say that we really got started mid-to-late-2018.

Sarna: What made you want to create Wolves?

Ryan: I love MechAssault and I’m very much enjoying the latest BATTLETECH/MechWarrior releases. However, I’ve spent 17 long years since MechAssault 2 (even MechAssault fans don’t count Phantom War) watching one E3 after another go by with no word on my favorite franchise. It’s really a shame and somehow every year I would let myself believe that another one was coming only to be disappointed. It’s just painful at this point. I guess myself and a few others just got sick of waiting. The timing felt right too, community-made projects (especially the ones utilizing the Halo IP) are on the rise in a way we haven’t seen in years and Microsoft has retained a surprisingly supportive stance. In my eyes, it was now or never. 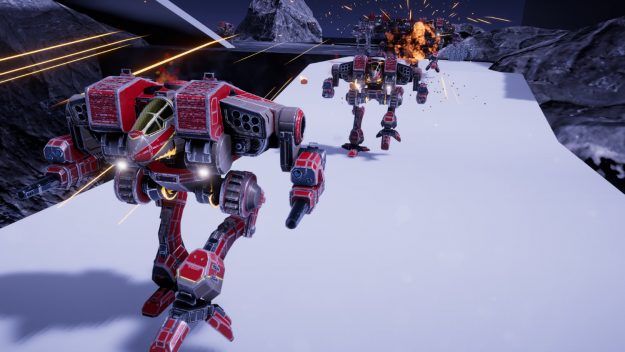 Sarna: When did you get into BattleTech?

Ryan: MechAssault was the first game I’ve ever played. I was born in 1997 and I was really young when the first game launched. Still, it captured my imagination in a way nothing else did and stuck with me for a lifetime. I can’t pinpoint the exact year but I must have been like, 5 or 6 at least.

Ryan: Tricky. BattleTech is great because there are more good designs than bad. So many ‘Mechs are lovable at first sight that picking just one feels like I’m betraying all the others. I think if I had an all-time favorite I would pick the Cougar just out of respect for being the poster boy for my favorite game. I also very much enjoy the Summoner, the Raptor II, PGI’s King Crab and so many more. TOO many more. I could fill up an entirely separate article just with that list.

Sarna: What parts of BattleTech do you play? Perhaps a better question, what HAVEN’T you played?

Ryan: I’ve played (almost) everything except tabletop. Not because I don’t want to, there’s just no scene for it in my area. I fully intend to buy the Clan Invasion box though so we’ll see if that changes. Currently, I’m playing Mechwarrior 4: Mercs and Mechwarrior 5 simultaneously. I’m enjoying Mechwarrior 4 a bit more if only because MW5 doesn’t scratch my Clanner itches. I don’t really identify with or feel nostalgia for a lot of the ‘Mechs in that game. I was really hoping for something a little later in the timeline, dare I say even an attempt at a Jihad game (PGI please I want to see the Raptor II). Many people I’ve talked to are skeptical of the idea but we can only play the same events in the universe so many times. It’s a risk I want to see taken so we can move things forward and open up Mechwarrior to a bunch of new tech and new ‘Mechs. That’s why MechAssault is so great in my eyes and that’s why I made the choice to set Wolves in the Dark Age. 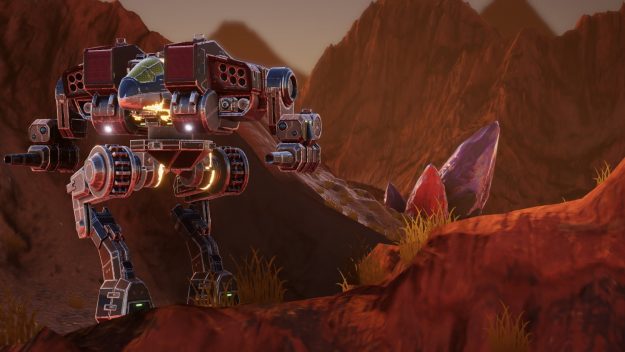 Sarna: Is any part of the Wolves project affiliated with Microsoft or any other BattleTech IP-owning companies?

Ryan: Wolves–and by extension New Day Fiction–are not affiliated with Microsoft at all. We’re not affiliated with any of the other IP-owning companies either. While I would like to establish contact to make sure no one’s toes are being stepped on, we haven’t heard anything from anyone and we wouldn’t even know who to reach out to.

Sarna: BattleTech has an extremely litigious history, as I’m sure you know. I understand that Wolves is possible based on Microsoft’s Game Content Usage Rules, but what if Wolves gets really popular? Is this enough to avoid getting sued? Or can Microsoft step in at any point and shut down the project?

Ryan: I would be lying if I said I wasn’t a little scared of the powers that be. Microsoft reserves the right to stop work on the project whenever they want and so does basically anybody else who owns a share in the IP. Yeah, it’s a little scary. In my mind though, the likelihood of actually being sued is similar to that of being struck by lightning; the worst case is that we receive a cease and desist letter without a line of communication to at least talk to the IP holder first. Make no mistake, that would suck, nothing world-ending though. Hopefully we could at least make our case and maybe even work out some conditions to allow development to continue. If Wolves gets really popular and the worst case really does happen, my hope is that the message gets out to Microsoft that there are people still holding their breath for a new game. 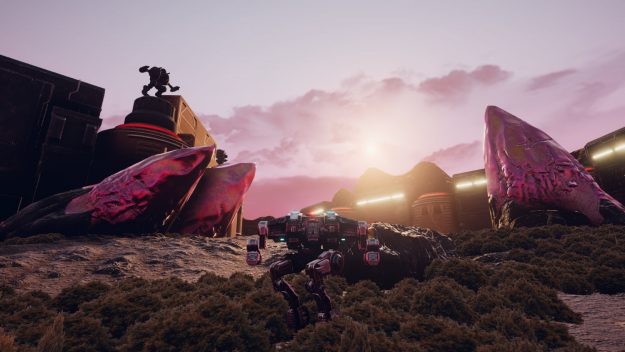 Sarna: Based on Microsoft’s rules, you’re not allowed to charge money for people to download and play Wolves. Are there any other methods of monetization planned for Wolves? Such as a Patreon or other donation site?

Ryan: There are no plans to monetize the game in any form, we also aren’t accepting donations. What’s weird is that the Game Content Usage Rules weren’t written for fan-made games. We get questions like, “Will this appear on console?” and I just don’t have an answer. The content usage rules state that it’s ok to have donation links on the same page as assets for the project (like in the case of a portfolio) but what if someone releases a project with the “pick your own price” model? Is that donation or purchase? As long as the game is offered for free right? It’s a slippery slope and I would rather be safe than sorry. So far I’ve asked members of the team not to accept donations of any kind on platforms where they showcase their work for the project. We do appreciate that people are willing to donate though, and we’ve been asked this question a lot. If you want to support the game, just spread the word. The more people who play, the stronger the message we’re sending is.

Sarna: Be honest: is this all just an elaborate scheme to get Microsoft to make a third MechAssault game?

Ryan: Pretty much. We have big plans for the game but it exists first and foremost out of a desire to see and play more MechAssault. If Microsoft announces a new entry, in my mind that’s mission: complete.

Sarna: Let’s talk numbers. How many people have downloaded Wolves so far? 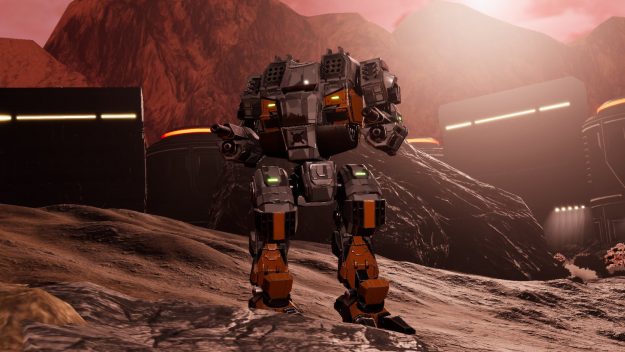 Ryan: The team is having an all-hands meeting this Saturday to iron out the next phase of development (multiplayer), set some goals and go over feedback. Art for the next round of mechs is coming along and for New Years we teased a certain 90-ton Assault ‘Mech, brand new to the MechAssault sandbox, so that’s something to look forward to.

Ryan: Make sure to check out Living Legends! I modeled the torso of the Anubis and textured the Ebon Jaguar. Not my best work admittedly but I kind of went ahead and poached one of their artists so hey, least I could do is send people their way. I hear they have some pretty big plans for the future. Now is a great time to jump in.

If you want to see more on the project, join us on Twitter or Discord especially since those platforms get updates first. Links at https://wolvesgame.com.

Thanks, Ryan! I hope to see Wolves become an excellent MechAssault sequel, and who knows? Maybe this will even change my mind about the original game.