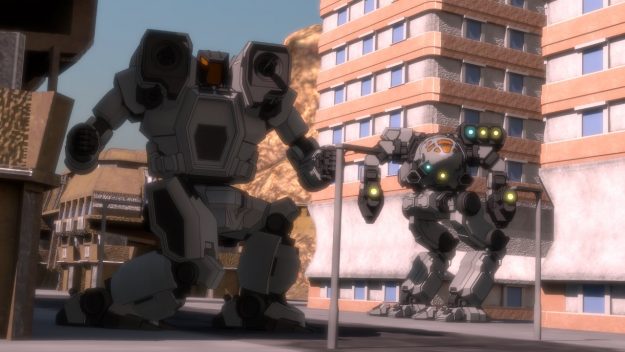 Welcome to Community Outreach! Many of you were impressed by last week’s teaser video of a brand new animated MechWarrior series on YouTube. To find out more, I reached out to the teaser’s director, RoA Nitrox, who was kind enough to answer a few questions about the video’s development and how he became a BattleTech fan. Enjoy!

UPDATE: It looks like the video has been taken down. According to Nitrox, Black Plasma Studios received a cease and desist letter. Rumor is there’s some internal negotiation happening, so hopefully, it’ll be back soon. The response – before it was taken down – was certainly good enough to warrant a real animated series.

Nitrox: I am RoA Nitrox, director at Black Plasma Studios and I have been a 3D Animator for about 4 years. I’m also self-taught; I got started in learning video production at an early age and I’m about 9 years into my time as a content creator.

“Black Plasma Studios originally began as a Halo Machinima Channel back in 2008.”

Nitrox: Black Plasma Studios originally began as a Halo Machinima Channel back in 2008 by its’ founder Arbiter 617. The first became known for the Machinima Series “Rise of the Spartans” created in Halo: Reach, bringing the channel up to its’ first 100,000 subscribers (the series has since been moved to its’ own separate channel after BPS made the switch to 3D animation back in early 2015).

I got my position on the channel when they began hiring content creators, specifically calling for 3D animators. We then went on to create Minecraft animations for the past two years, as it was the most efficient form of animation to produce, containing all the tools necessary that enable us to work creatively in our content production and storytelling. 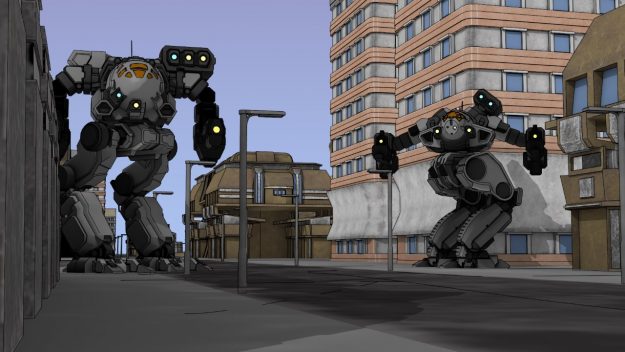 Sean: What is your position at Black Plasma Studios?

Nitrox: I am one of four directors at BPS and as directors, we all work independently on our own animation projects. Together, we all make the decisions for the channel and through our combined effort, we’ve brought the channel up to what it has become in its’ current form.

Sean: What made you want to create a MechWarrior animated series?

“I started playing MechWarrior Online in early 2015 and my experience since then has been an incredible one.”

Nitrox: I started playing MechWarrior Online in early 2015 and my experience since then has been an incredible one. I played casually for the first year, then started getting more serious and competitive in it. MWO has been almost exclusively all I play, aside from a handful of single-player titles and Minecraft, but otherwise, it’s the only multiplayer gaming environment I am a dedicated part of. When I found MechWarrior Online, it was during what I felt was the start of the great decline in console gaming quality. I had been a fan of Halo since its’ beginning and with Halo 4 taking over for Bungie, the games never felt the same for me and eventually I left console gaming altogether. 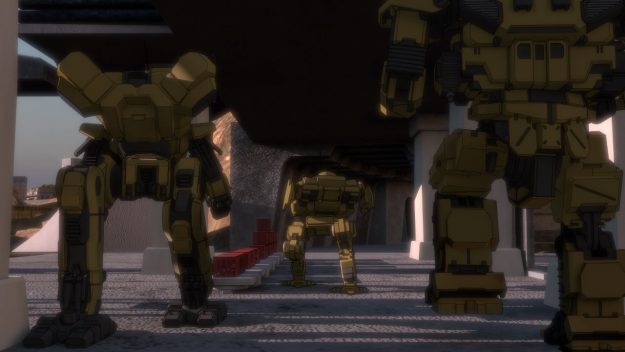 MWO was the net that caught me when I moved on to PC gaming, and both it and the community around it are what make me proud to continue calling myself a gamer. I wanted to use my unique position to try and make something special for the community and to also help give it the light I feel it deserves in the online gaming universe.

Sean: The teaser vid seems to use models and environments (ie. the map Crimson Strait) straight out of MechWarrior Online. How’d you manage that? Did you ask for the materials directly from Piranha Games?

Nitrox: The ‘Mech assets were indeed directly out of the game files, but the Crimson Strait environment was a recreation by our own 3D Artist. We were able to ask permission for use of the ‘Mech assets earlier at the beginning of this year by contacting NGNGtv’s Sean Lang, who then asked PGI on our behalf if it was alright to use the game files for our project. We got the go ahead and began working on the trailer. 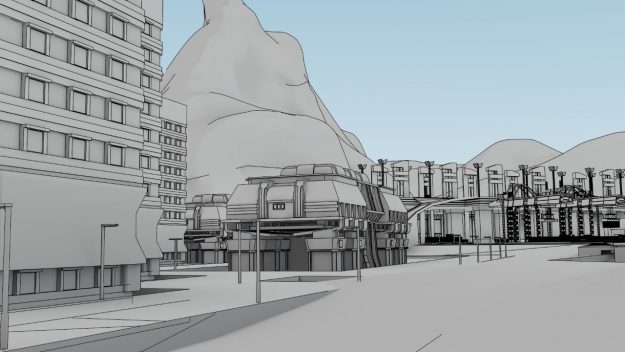 Sean: If the series were to be made, would it be like Black Plasma’s Minecraft videos? That
is, would it mostly be a bunch of silent ‘Mechs communicating with body language, or would there be real radio chatter between pilots?

Nitrox: If the full short gets a strong enough positive reception, then we’ll be able to launch a full series production, including voiced characters, story, lore elements, etc. It’s a heavy investment to make and so with the coming pilot short, we’ll find out if the audience for it, BattleTech fans and our own current fans alike, will be strong enough to allow us to make it happen. 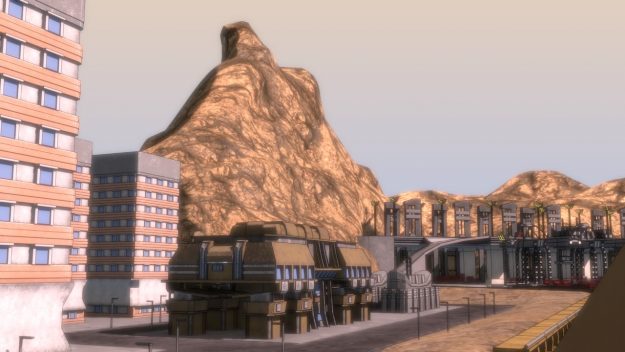 Sean: The ‘Mechs featured in your teaser video seem to be meta-builds rather than stock chassis. What made you want to model your machines after ‘Mechs found in a MechWarrior Online PUB match rather than the historical stock models?

“The idea is that ‘Mechs piloted by main and side characters would have unique loadouts, while all random background mechs would use the traditional stock builds.”

Nitrox: We do actually have a plan for stock loadouts in the event that we are able to produce the full series. The idea is that ‘Mechs piloted by main and side characters would have unique loadouts, while all random background mechs would use the traditional stock builds.

Sean: Many sound effects seem to be taken directly from MechWarrior Online, but it sounds like you had to include a few of your own. How’d you make them? Or did you already have them on hand?

Nitrox: The in-game sound files were a bit more difficult for us to get a hold of and so we had to go to the testing grounds to manually record the sounds. Some sounds weren’t able to be recorded with a high enough audio quality and so for those we had to resort to some Sci-Fi SFX packs we had on hand. 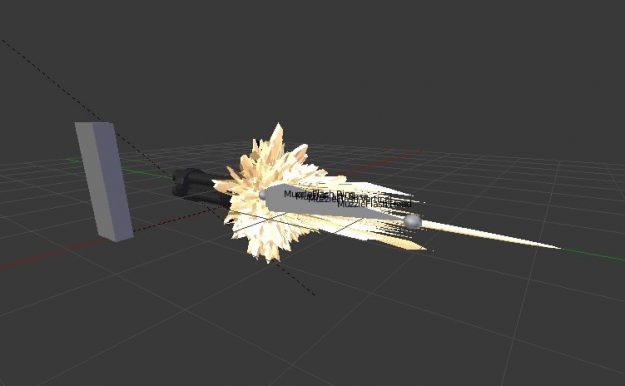 Sean: What programs did you use to create the teaser video?

Nitrox: The animation itself was made using the open source program Blender 3D. Our environment artist used 3DS Max and Substance Painter. Lastly, Sony Vegas was used to edit everything together. We do plan to use more tools in the future development of the series and in the pilot short.

Sean: You clearly seem to be into MechWarrior Online, but how much are you into the wider BattleTech universe?

“We have made it a priority that the team and I continue to learn as much as possible about the lore and universe as we continue working on the project.”

Nitrox: I actually happen to be on the younger side of the community in terms of age, so unfortunately I wasn’t able to “grow up” with BattleTech like many members of the fanbase. We have made it a priority that the team and I continue to learn as much as possible about the lore and universe as we continue working on the project. This franchise has become something very important to me in the brief time that I’ve been a part of it and so I absolutely want to get it right if we’re fortunate enough to be able to make the full series.

Sean: Did you ever see the original BattleTech animated series on TV?

Nitrox: Yes! The team and I even had a group binge-watch session for it when we got the initial green-light to start working on the teaser as a celebration and we had a great time with many laughs all around.

Sean: What other MechWarrior/BattleTech games have you played?

Nitrox: This probably might be a bit discouraging for some, but my first entry into BattleTech was the Xbox game MechAssault 2: Lone Wolf. Ten years later after finding MechWarrior Online and getting into the universe, I continued on to look up and download an installer for MechWarrior 4: Mercenaries, and so that would round out my 3 gaming experiences in MechWarrior. 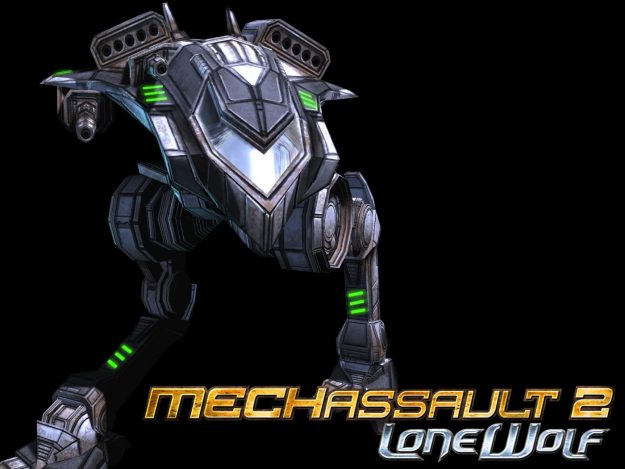 Nitrox: Of those that are currently in game, it’s easily the Linebacker by far (I may or may not have picked up five Redlines in the last sale…). Going outside of MWO, my absolute favorite has to be the Blood Asp, which is based off running it in MechAssault, which was a very memorable gaming experience for me.

“Thanks for watching the trailer and I hope you’ll help us to make something great!”

Nitrox: I hope you all look forward to what we have planned for the future!

It’s going to be a long while until we come out with the full short as we go back to working on and improving everything, and will likely end up releasing around the same time next year. If you happen to be interested in the content we have currently in production, the continued support would be very appreciated. Perhaps for those of you with families and young ones – they may already be fans of our Minecraft content themselves – so this could be a potential opportunity to engage in another activity with them. Otherwise, you can also follow me on my Twitch channel where I do occasional MWO streams and work streams of my animation projects. With all that out of the way, you can catch me and the rest of the team in-game with the tag [BPS]. If you’re a participant in the Competitive Arena, I recently joined up with the R79T’s Comp team, so you’ll likely see me dropping in matches with them as well. Thanks for watching the trailer and I hope you’ll help us to make something great!

Thank you, Nitrox, and here’s hoping the new year brings with it the BattleTech YouTube show we’ve all been waiting for!