If you’re new to BattleTech, you might not know much about Robert N. Charrette. I hesitate to call him one of the founding fathers of BattleTech as that makes it seem like there’s some sort of sacred text out there, but maybe “formative” father would do just as well. Robert penned some of the earliest BattleTech fiction, including Wolves on the Border, Wolf Pack, and Heir to the Dragon, and he was perhaps the third BattleTech author I’d ever read. All those stories introduced iconic characters that would define an era in BattleTech history. 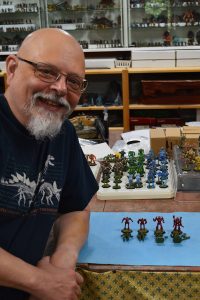 But turns out that fiction isn’t even half Charrette’s contribution to BattleTech.

So this sort of just fell into my lap, and I have to first off thank Michael “Sigil” Todd for tossing it my way. You might remember Michael from his work on the unofficial BattleTech CCG expansion as well as the equally unofficial TRO: 3028. Michael also did a huge amount of work creating the BattleTech retrospective Unseen: A History of FASA, Battledroids and BattleTech, which if you haven’t seen you should really give a look as it might just be THE historical account of BattleTech.

During his endeavor to get to the heart of the Unseen era of FASA history, Michael met Robert and struck up a friendship. Then when Robert needed to downsize his enormous BattleTech collection, Michael reached out to me to get the word out.

Well, maybe not all of them, but most of them. And certainly some of the more iconic ‘Mechs such as the Phoenix Hawk, Warhammer, Rifleman, Marauder, Archer, Locust, Catapult, and even the now-legendary Urbanmech. Yes, we can thank Charrette for the first three-dimensional representation of the walking trash can.

Robert’s collection has gotten to the point where it needs to shrink a bit, so he’s looking to off-load some of his more interesting artifacts. I was able to briefly chat about what’s being called the “Charrette Collection” and what Robert’s contribution to BattleTech in general. Enjoy. 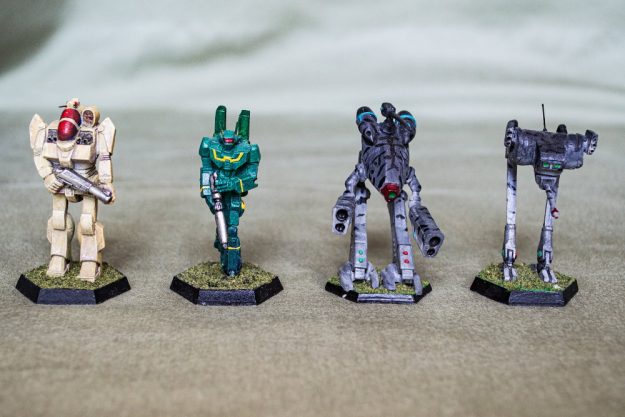 Sarna (Sean): Well, first of all, what’s this I hear about you off-loading all your BattleTech stuff? Are you abandoning BattleTech and all of its big-stompy-robot glory?

Robert N. Charrette: Not all, just most. My personal gaming interests have drifted away and I haven’t played with them in years, but BattleTech will always hold a special place in my heart.

Sarna: You’ve been a huge part of the BattleTech universe for decades. I personally have read all of your stories, but I’ve only just recently discovered that you’re the one responsible for most of BattleTech’s first-edition metal miniatures. What’s the story there?

“BattleTech will always hold a special place in my heart.”

Robert: I believe Michael Todd covered that story in his history of BattleTech. In short, Ral Partha pitched doing miniatures to FASA when BattleDroids was released. There was some reluctance to have Ral Partha do them since they were not a specialized producer of mechanical miniatures, so a “proof of capability” model was to be produced and I got the assignment, being the most enthusiastic sculptor regarding – I believe the term of art is – big stompy robots.

Sarna: How does one get the job of creating miniatures for a nascent tabletop game?

Robert: Being in the right place at the right time and having the ability to do the work.

Sarna: Are there any particular favorites from that first set of minis you produced?

Robert: The BattleDroids? Has to be the Wasp/Stinger/Phoenix Hawk family as they all were derived from the “proof of concept” model.

Sarna: But back to the “Charrette Collection,” as it’s being called. What exactly are you offering? 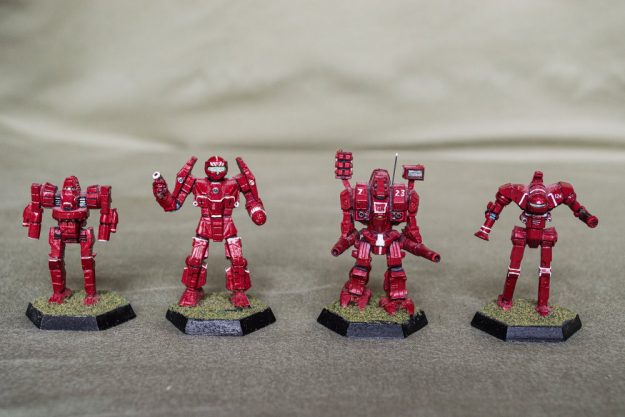 Robert: Michael has kindly offered to help with the “downsizing” of my gaming collection. Naturally, with his interest in BT, we started there. The first offerings are a mix of items from my gaming collection, which I painted and based myself, and other, now vintage, BattleTech items that I had a hand in or managed to collect in those early days. I’m still looking for that box of BattleTech sourcebooks and such.

Sarna: How can people get in touch to put in a bid or offer for these items?

For about 15 years I have been heavily focused on studying Armizare, a resurrected medieval martial art written down in the early 15th century by Fiore Dei Liberi. I wrote a book on the pedagogy of the manuscript I study, give presentations on it to academics and taught classes on it at seminars across the country and in Canada, and have been slowly, laboriously progressing on a series of books relating to the understanding and practical practice of Armizare, in and out of armor.

I am also back at the modern version of what I started out doing before I took up sculpting: graphic layout work. Computers make it both easier and harder than the exacto knives and rubber cement I started with. 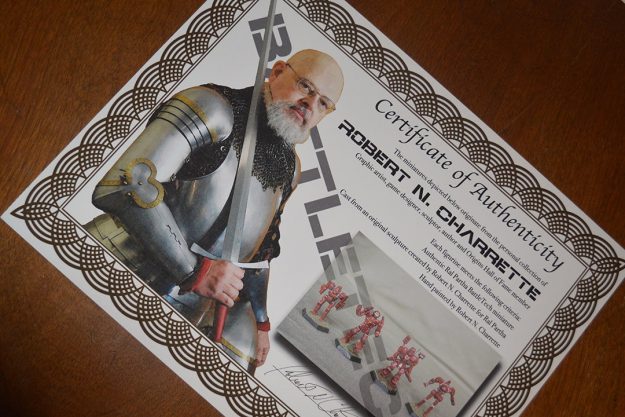 You can check out The Charrette Collection over on his site here. This is a once in a lifetime opportunity to own a piece of BattleTech history, and the miniatures are all beautifully painted too. I totally recommend you check it out.