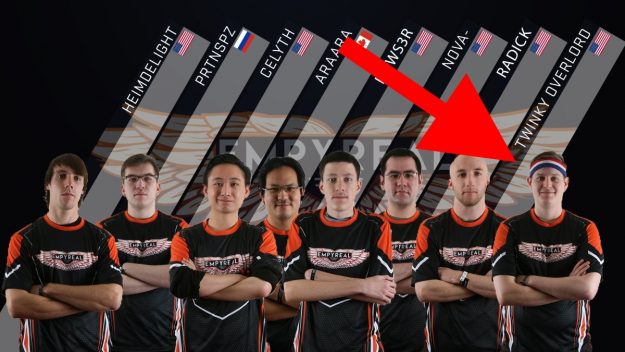 Welcome back to Community Outreach! This week we have TwinkyOverlord from EmpyreaL, the reigning champs of the MechWarrior Online World Championships. We talk about how he got into competitive MWO, how EmpyreaL came to win the recent championship in Vancouver, and what the future holds for the best team of MechWarriors in the world. Enjoy!

Sean (Sarna): Who are you? Tell us a little about yourself.

TwinkyOverlord (Ryan): Well, to begin, my real name is Ryan. In-game I go by the call sign “TwinkyOverlord”. I used to be in the Air Force but recently separated and started college. I’m working towards a degree in computer science. In Mechwarrior Online a lot of people might define me as an assault mech specialist. I play assaults almost exclusively for EmP.

Sean: Other than MWO, what other BattleTech/MechWarrior games have you played?

“Unlike most people who start the game out with no help, I was given mentorship from a lot of well-established players.”

TwinkyOverlord: Unfortunately, I’ve never played another BattleTech/Mechwarrior game. I didn’t get into the MechWarrior franchise until my friend introduced me to Mechwarrior Online during closed beta five years ago. I ended up really liking the gameplay but never found myself absorbed with the lore enough to take an initiative to explore the older games. I guess I’m a casual in this regard.

Sean: How did you get started in competitive Mechwarrior?

TwinkyOverlord: Back when I initially started playing MechWarrior, my friend Final Fortune invited me along to play with his team, Swords of Kentares. Unlike most people who start the game out with no help, I was given mentorship from a lot of well-established players. They steered me towards better builds and kept me from falling into bad habits that would have otherwise made me a less effective player. If I didn’t sort of fall into good fortune and join this team when I did I doubt I would have pursued playing the game competitively. I guess in this regard I really lucked out. 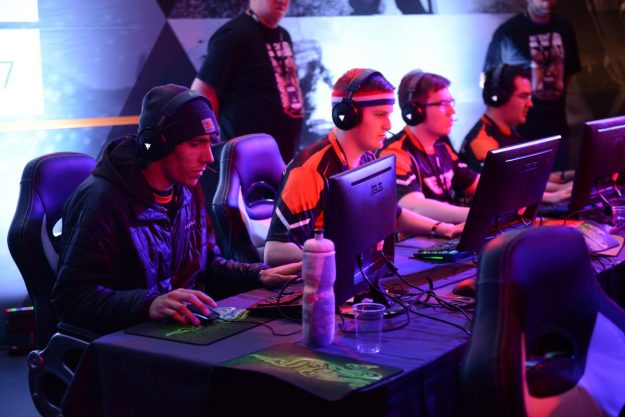 Sean: What ‘Mech did you most often use in the tournament?

TwinkyOverlord: During this year’s tournament I played the Marauder IIC almost exclusively. In preparation for Mech_Con, I had a large assortment of assaults to choose from that could have also been viable. It just so happened that this mech ended up being my favorite for the strategies we were utilizing. If I were given the option though, I would have played the Annihilator. Unfortunately, a large portion of the teams voted to not have it in the tournament.

Sean: What’s your favorite ‘Mech to use that’s not really competitive meta? 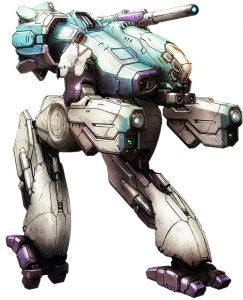 TwinkyOverlord: At the moment my favorite non-competitive ‘Mech would be the Commando. I’m really drawn to the polarized end of the spectrum when it comes to my ‘Mech selection. I gravitate towards either overwhelming firepower or going extremely fast with hardly anything in between. If the Commando is seen as too competitive I would fall back and say that I really enjoy the Annihilator. As far as I’m aware it’s not allowed in any tournaments and isn’t labeled as “competitive meta”.

Sean: How does EmpyreaL prepare for the tournament?

TwinkyOverlord: We prepare with lots and lots of practice. Due to how the rules were written for MWOWC, we knew that we would only have to come up with strategies for three of the five maps. With this in mind, we approached our practices by simulating every potential scenario that we could think of. You could almost compare the process to machine learning. We would start with an opening strategy and have the other team do whatever they could to counter it. After a while, we sort of had a playbook for how to react in almost every scenario and if the strategy is any good. What the viewer see’s during the tournament, however, is the strongest opening move we could come up with that had the most room for flexibility. Our strategies are mostly reactive to how the opponent decides to play the game.

TwinkyOverlord: I can’t speak for every member of my team but going into the 2017 tournament I think we were pretty confident. We picked up a few more players during the 2016 offseason that ended up being big players for us. 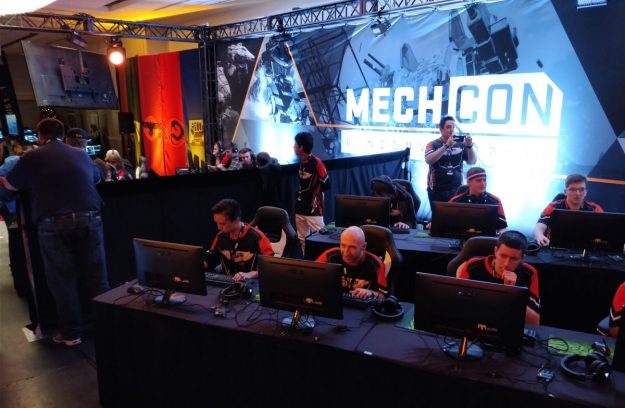 Sean: You’ve been undefeated in 2016 and remained so for most of your 2017 run. How did it feel when EON Synergy gave you your first ever tournament loss?

TwinkyOverlord: It was honestly very disappointing for us. We knew going into that particular series that even if we lost the set we wouldn’t be knocked out of the tournament because of the double elimination rule. In part, I think this made us complacent. We didn’t try to change up our strategies despite EON wising up to our tactics and we paid for it.

“By the time we were done with that it was so late that the bars were all closed and people were so tired that we all went to bed.”

Sean: How did the team rally to come back and take the World Championship?

TwinkyOverlord: After our initial loss against EON there was a short break between the game sets. We took that time to have a strategy meeting with both our starting players and those watching from the crowd. We determined that our gameplay was becoming too predictable. People weren’t being dynamic enough despite knowing how to react to a given situation. There were also other factors at play that we didn’t account for. After discovering how devastating the laser hit registration was on LAN we decided to change up our lights and mediums. This alteration proved useful in the last set of matches.

Sean: What did EmpyreaL do to celebrate their victory last December?

TwinkyOverlord: To be honest we didn’t do that much in celebration of the games. After the games were finished PGI made all the players wait in a room above the venue for a couple of hours so that everyone could receive their prize money. By the time we were done with that it was so late that the bars were all closed and people were so tired that we all went to bed. The next day most of our players boarded up on their respective plane and headed home. In short, I guess we celebrated with a good night’s rest. 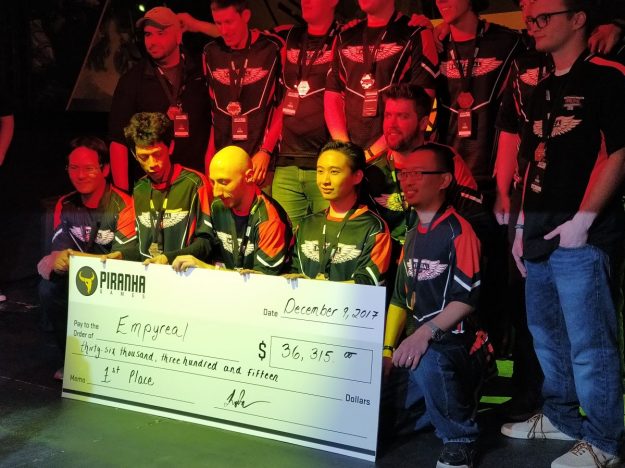 Sean: What are you going to do with your share of the tournament prize?

TwinkyOverlord: It isn’t very glamorous, but my portion of the tournament prize is going straight to bills. Being a full-time student doesn’t pay as much as I’d like, unfortunately.

Sean: How would you like to see the tournament changed for next year?

“I honestly never thought that I would have made it to where I’m at today when I installed the game all those years ago.”

The second thing that I would like to see changed is PGI’s stance on using 60hz monitors for the competitors. As far as I’m aware most competitive gamers use 120-144hz monitors. The jump down to 60hz panels is very jarring to those who are unused to it and is a big game changer for players like myself who are more accustomed to better gear.

Sean: Will we see EmpyreaL back in Vancouver for 2018’s tournament?

TwinkyOverlord: The simple answer is I don’t know. There is a good chance that a lot of the players will still be driven to play but the EmP as you know it will likely not return. I have personally decided that this will be my last MWOWC that I will take part in as a competitor. I’ll probably keep playing the game as a casual player. As such, I’d like to thank Ninox for being the team’s first sponsor. I know a lot of the guys have enjoyed the hardware and they’ve been outstanding to work with. I also want to thank everyone else for giving me so many great memories. I honestly never thought that I would have made it to where I’m at today when I installed the game all those years ago. This is has been the best gaming experience of my life and I think it’s all thanks to the great community that this game has.

Thanks so much for telling us your story, TwinkyOverlord, and good luck in all your future endeavors. Hopefully, we’ll see EmpyreaL back in some form for next year’s MWO World Championship.