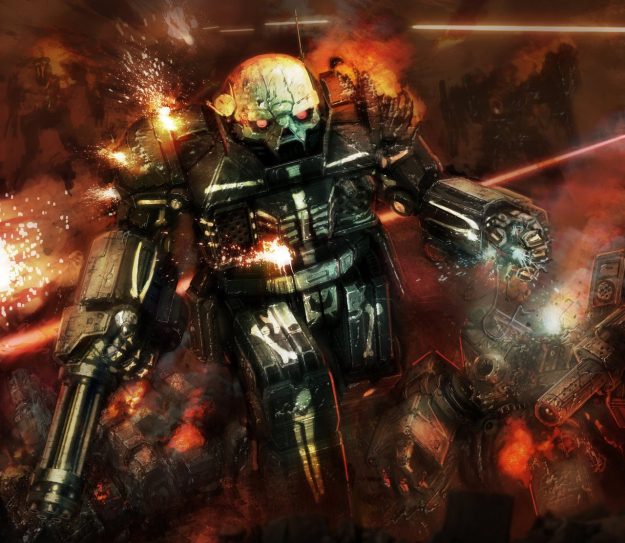 Courtesy of flyingdebris on DeviantArt

There’s a lot of mysteries in the BattleTech universe. Who was the Bounty Hunter? What caused the HPG Blackout of 3132? What did Victor Steiner Davion like to have with his coffee? These are questions we may never have the answers to.

But every so often a mystery gets solved when a BattleTech line developer descends from on high into the depths of a forum and drops a bombshell.

One of those mysteries is the origins of Devlin Stone. You might recall Devlin from the least-liked era of BattleTech history, the Dark Age. After leading a rebellion on the conquered world of Kittery against the Word of Blake, he eventually became the general of an army that defeated the entire Wobbie army and retook Terra. Then he got installed as Exarch of the newly formed Republic of the Sphere and he lived was happily ever after. 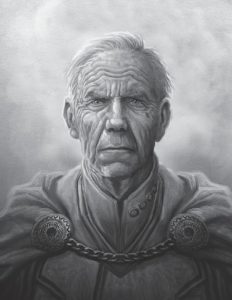 That is until he announced his retirement. Then he sort of disappeared as mysteriously as he appeared and never came back.

As weird as it is for this monumental hero to just show up out of nowhere, it’s almost just as weird for him to step back from the limelight with little fanfare. I mean, it would’ve made more sense for him to just die of a heart attack like Hanse did.

But narrative criticisms aside (which we could lob at the Dark Age all day long), Devlin did play an important role in BattleTech history, so we should have some idea of his origins. For the longest time, there were only rumors perpetuated by sourcebooks and novels. The biggest one was that Devlin Stone was actually Arthur Steiner Davion returned from the grave.

There’s little hard evidence to support this, but what little there is can seem compelling. First, Patriots and Tyrants strongly implies that Arthur did not, in fact, die in the bomb explosion that supposedly took his life. Second, the sourcebook Jihad Secrets: The Blake Documents reveals that Arthur was in fact captured by Word of Blake and sent to Kittery, where Stone would eventually rise to prominence. Finally, the pair seem to share political views as revealed by Arthur’s speech just before he was assassinated and Devlin Stone’s actions in creating the Republic of the Sphere. 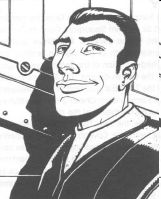 And that’s where Devlin’s story rested for many years until assistant BattleTech line developer Ray Arrastia dropped this news in the BattleTech forums a few weeks ago:

“Here’s the thing. Stone was a Rabid Foxes operative, and one of those four was Stone’s cover identity. While Stone was intended to be a ‘nobody,’ he wasn’t supposed to be ‘no one special.’

“But all that’s unofficial unless it ever gets published somehow, and any window for delving into Stone’s past likely closed years ago, IMO.”

When Ray refers to four cover identities he’s referring to documents revealed in Masters and Minions: The StarCorps Dossiers that link Stone’s physical characteristics with prisoners on Kittery.

And there you have it. Another BattleTech mystery solved by a benevolent line developer. Will this improve the Dark Age narrative in any way? Probably not, but it’s nice to know some of the details.