Back in its early days, BattleTech was way more than just a board game. It was a Saturday morning cartoon, a tradable card game, paintable model kits, and for a brief moment, a comic book series. 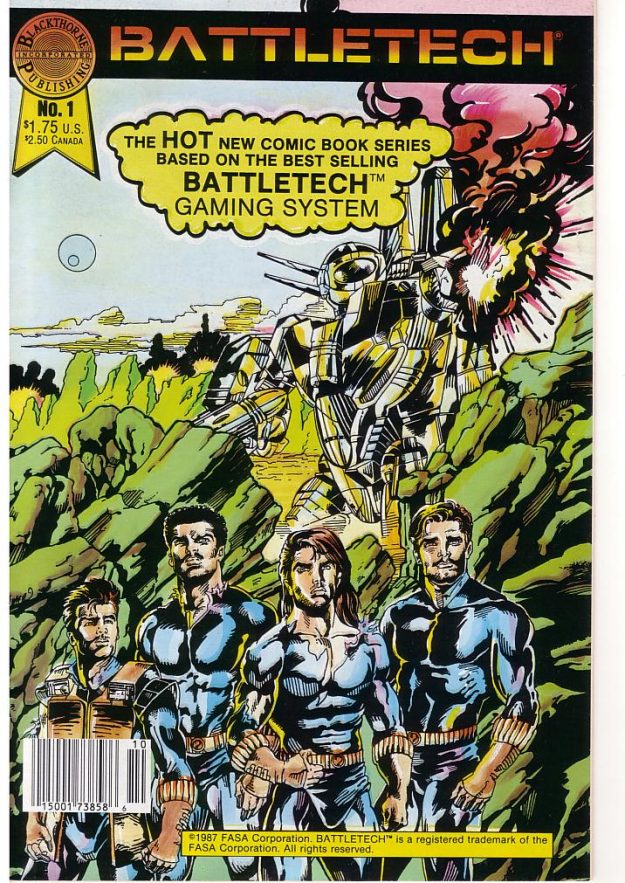 Published by the now defunct Blackthorne Publishing Inc., the comics had quite a limited production run. The first comic books ran for a total of 6 regular issues, plus one “annual” issue and a single “BattleTech in 3D” issue. The series never really had an overarching plot and really told several smaller stories in the 3025 era, with the first/second and fifth/sixth issues being the only ones with any relation to the other.

I won’t go into the details and spoil it for you, but I will say the canonicity of these comics is questionable as the authors get quite a few things wrong. On the other hand, this was way back in the early days of BattleTech, so we can cut the authors some slack as they didn’t have a handy resource like Sarna to do all the fact checking with. 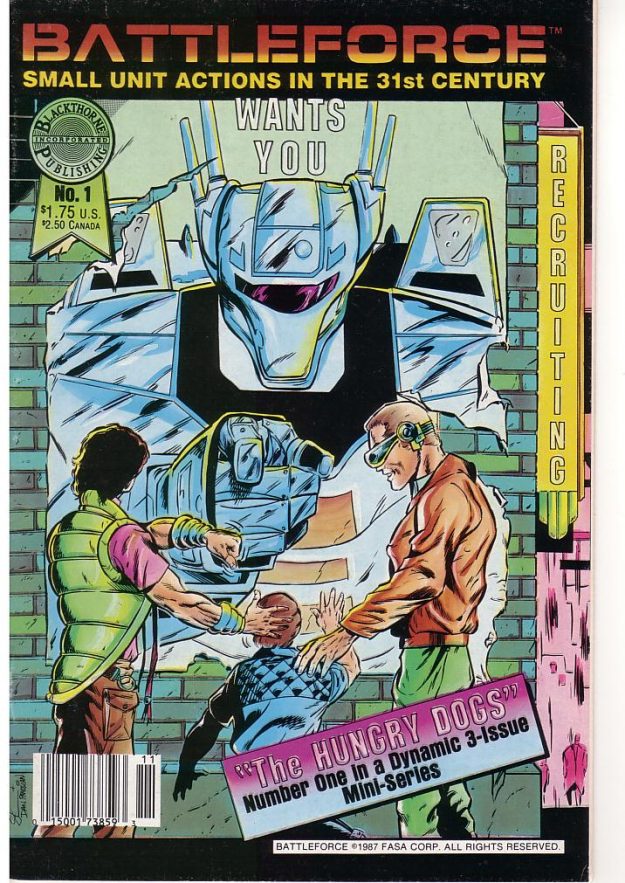 That said, the quality of these comics was also not high. There were many inconsistencies between the art in the comics and the art depicted in the wider range of BattleTech products. Worse still was the fact there were many misspellings across issues for named characters or even within the same issue. For example, Lieutenant Max from the first issue could have his full name spelled “Maximillan” or “Maximillian” depending on which page you’re on.

In conjunction with the larger run of BattleTech comics were the BattleForce comics. Intended as a three issue mini-series, Blackthorne Publishing managed to get out two issues but never finished the third. Blackthorne ran into financial problems in 1988, forcing them to discontinue their line of color comic books, of which BattleTech and BattleForce were a part of. 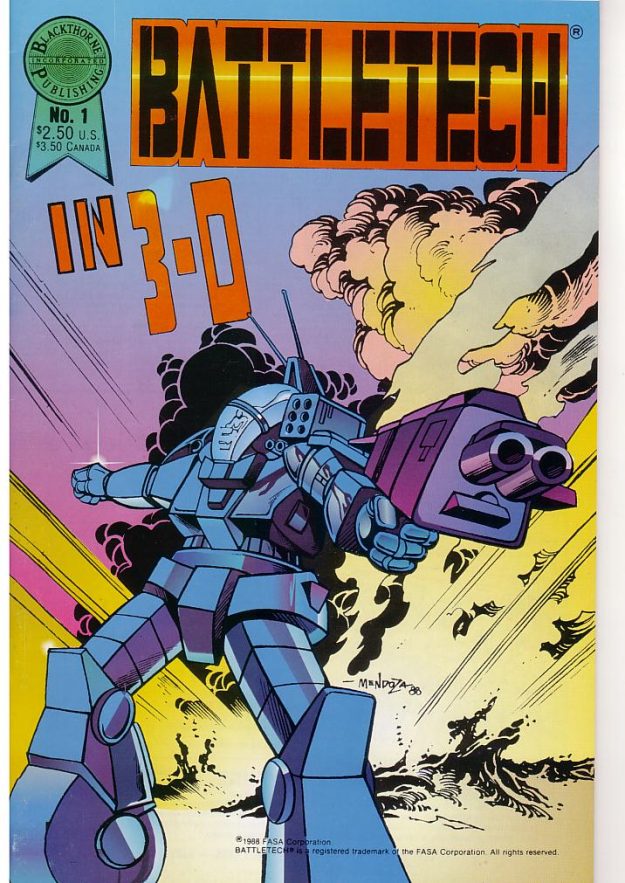 Blackthorne struggled to hold on long enough to print the black and white BattleTech Annual, which combined the first 2 issues into a single story and made a continuation on the third issue. They also made BattleTech 3D, a standalone story where the reader would put on those cliche red and blue glasses to have the images pop out in simulated 3D. But in 1990, Blackthorne closed their doors for good, ending the BattleTech comic strip.

This wouldn’t be the end of BattleTech and comic books though. With the release of the BattleTech animated series in the mid 90’s also came the rebirth of the BattleTech comics. Called BattleTech: Fallout, the 4 issue comic series chronicled a ragtag team of fugitives as they became an effective fighting force to defeat the Clans on the periphery planet of Star’s End. 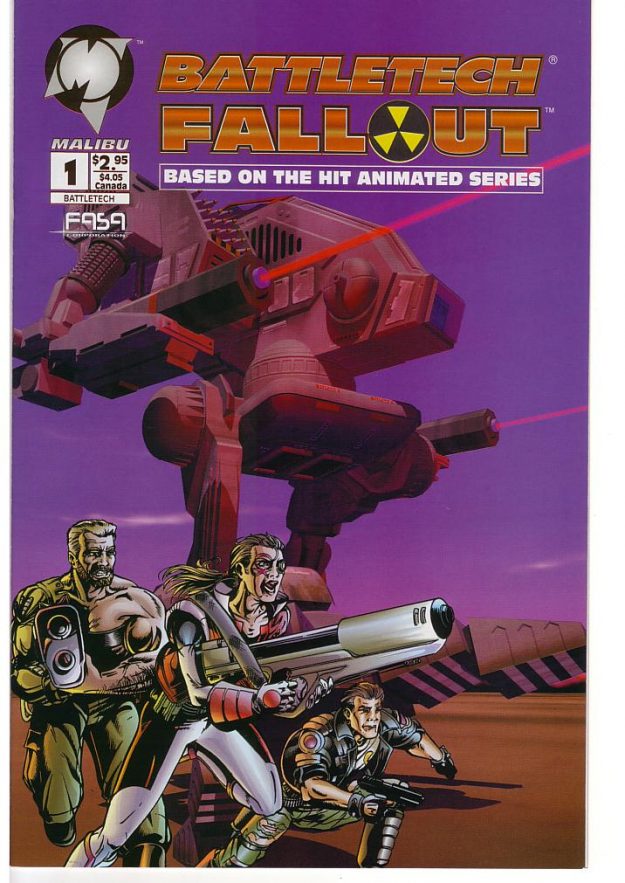 Published by Malibu Comics Entertainment, the comics used the same computer generated art that was featured in the animated series. The rest of the comic is of notably higher quality than those published by Blackthorne, but there were again some canonicity issues. The series takes place in 3050, however the protagonist lance features a Rakshasa, Raven and Wolf Trap, ‘Mechs that would never be seen in the deep periphery, and the Rakshasa wouldn’t even be built until the year 3055.

Still, the Fallout comics are an entertaining read, and well worth looking for the next time you find yourself in an old comic book store with tons of 80’s and 90’s stuff.

It seems unlikely for there to ever be another print run of BattleTech comics, but that doesn’t stop BattleTech comics from being created. No Guts No Galaxy lovingly maintains an archive of two BattleTech webcomics – Critical Hits and Dustbowl Shindig – over on their forums. If you’ve ever wondered what talking ‘Mechs would be like, go check Critical Hits. I think you’ll be pleasantly surprised. 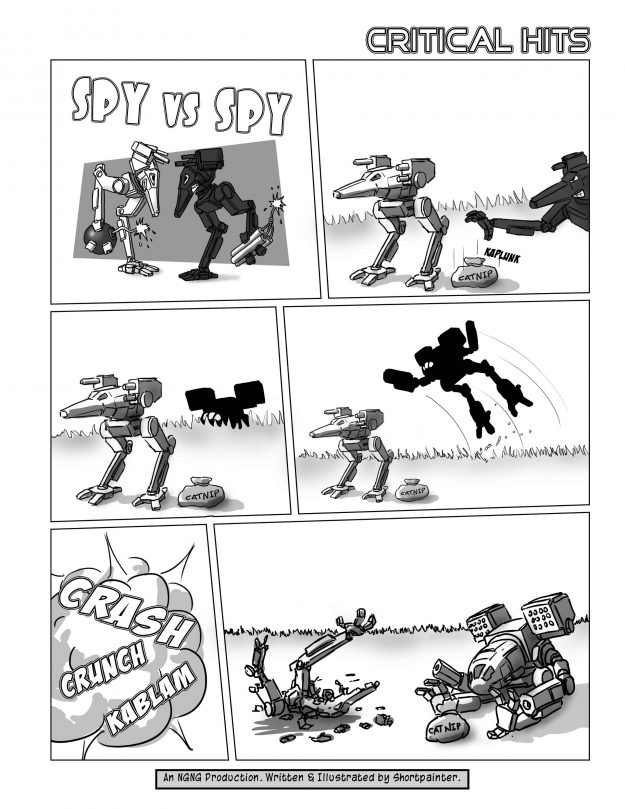 image courtesy of No Guts No Galaxy

Do you know some weird or obscure BattleTech trivia? We’d love to hear it!  Leave a message in the comments, or email me!

4 thoughts on “Did you know? BattleTech Comics”