Welcome to Did You Know?, a new column exploring the weird and obscure corners of BattleTech. Today we take a look at Technical Readout 3028, a brand new, fan-made TRO that reimagines the classic Technical Readouts with modern rules and art. Enjoy! 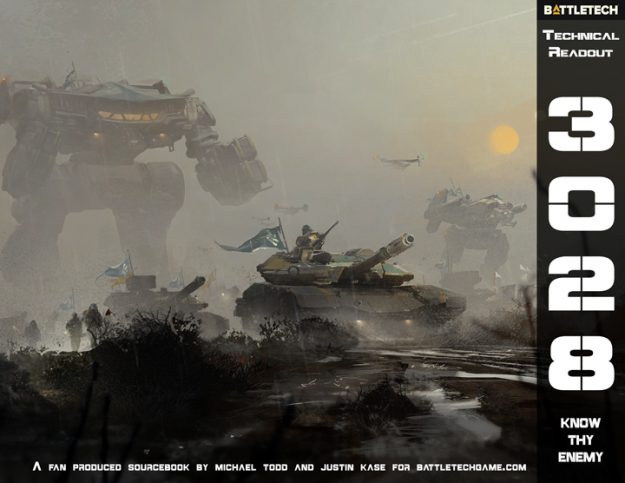 image courtesy of Michael Todd
The BattleTech Technical Readouts historically have given every ‘Mechhead exactly what they want; all the numbers that detail the ‘Mech’s in-game performance, a detailed history and backstory, and a big glossy picture. TRO 3028 has all of this in spades, but what makes TRO 3028 so special is not only does it improve on the old school TRO’s by adding modern art and quirks to classic BattleMechs, it’s also completely fan made.

TRO 3028 comes from a collaboration of fans, but the driving force behind the project came from one man; Michael Todd. Hooked on BattleTech after picking up TRO 3025 as a kid, he’d always dreamed of making his own Technical Readout. “One of my fondest BattleTech memories is of an old spiral notebook I’d made back in high school called ‘Honest John’s Refits’,” he describes in a nostalgic post on the Harebrained Schemes forums. But work and school would always come first, and time would see Michael playing less and less. Eventually he sold his prized BattleTech collection to make way for a home and a family.

Then, years later, a call from an old college friend, and an invitation to a monthly BattleTech game was all it took for the bug to bite back with a vengeance. “Since I’d been away from the game for close to a decade at this point, I had some serious catching up to do.” In a mad frenzy he caught up on the novels that had been published in his absence, repurchased the old TRO’s, and made a tragic discovery. “It was missing all the BattleMechs I grew up with,” he lamented, regarding the loss the “Unseen” ‘Mechs from the modern 3039 TRO. 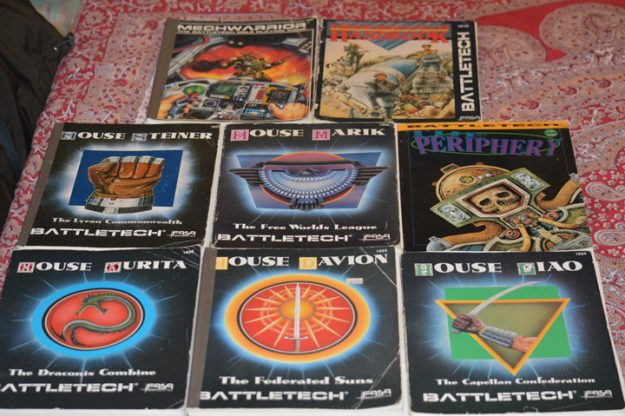 image courtesy of Michael Todd
There was one silver lining to be found; “I discovered Alex had re-imagined many of the original BattleMechs for MechWarrior Online.” These modern renditions of classic ‘Mechs were clean, detailed and intricate, far more interesting than the originals. Then with the announcement of Harebrained Schemes upcoming turn-based computer version of the classic BattleTech game, and the “Unseen” ‘Mechs return to the BattleTech fold along with yet more modern art, he knew there was a golden opportunity to recreate that magic he found in the old 3025 TRO.

For a long time I worked in solitude, harvesting art primarily from the MechWarrior Online forums

So Michael set to work. “For a long time I worked in solitude, harvesting art primarily from the MechWarrior Online forums,” but after posting progress on BattleTech forums, it wouldn’t take long for his project to grow. First came Justin Kase, who took the MechWarrior Online art and along Odanan’s templates repainted those ‘Mechs in the style of the old TRO’s, with unit colours and insignias. Then SpOoKy777 became involved by providing full page art spreads to break up each section. Finally after a dozen contributors and editors gave their piece, the dream was realized and TRO 3028 was born.

Packed with interesting lore based largely on canonical sources, TRO 3028 is a must have for any fan of BattleTech. But first and foremost, TRO 3028 is an invitation for players who might not be familiar with the tabletop game to come play classic BattleTech with the ‘Mechs they recognize from modern computer games.

Best of all, it’s completely free. Go pick it up. You’re sure to love it.