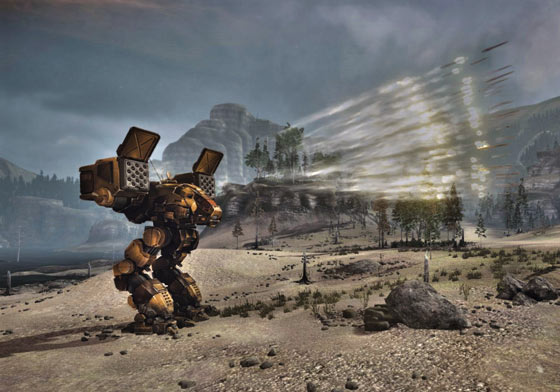 One of the oldest military strategies ever created is to hurl rocks at your opponent until they quit. In the thousands of years of human evolution since then, the rocks may have gotten more technologically advanced, but the strategy has remained largely the same: keep chucking rocks and encourage your foe to go bother someone else.

To that end, BattleTech has seen a number of ‘Mech designs follow the same philosophy. Except instead of hurling rocks, they hurl long range missiles, and instead of throwing just a few, they toss dozens of missiles into the air at once. Gather a bunch of them together, and you’ve got yourself a firing line worthy of an 1812 Overture.

Although some may find the term derogatory, enthusiasts of the strategy have given these particular designs the descriptive name of Missile Boats. Their ethos is simple: load up on as many LRMs as you can carry and let the lesser ‘Mechs get their hands dirty while you send long-ranged destruction at the enemy from a very safe distance.

Some Mechwarriors call Missile Boat pilots cowards, but who do they call when their position is about to be overrun by a combined arms company? The forward artillery lance, comprised almost entirely of the tried, tested, and true Missile Boat.

Here’s a few of the more famous Missile Boat ‘Mechs throughout the ages of BattleTech. 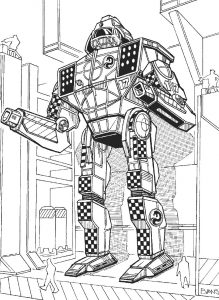 We begin with one of the smaller designs to call itself a Missile Boat, the WTH-1 Whitworth. Although capable of carrying a respectable 20 LRMs at 40 tons, the Whitworth was never a particularly popular design as it was both slower than most ‘Mechs in its weight class and unable to outfight enemy ‘Mechs that got in close, being armed only with 3 Medium Lasers for close ranged combat. This lead many House militaries to give the Whitworth the unflattering nickname of “Worthless”.

That said, the Whitworth saw combat from its inception in 2610 right up until the Jihad era of the 3070s. But by then the factories which had been producing replacement components for the Whitworth had moved on to more capable and modern designs, and now the Whitworth can only be seen amongst pirates, some of the poorer mercenary groups, and Periphery nations. 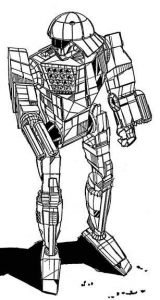 The TBT-5N Trebuchet seems to correct many of the Whitworth’s shortcomings by being nearly 15 km/h faster, and by carrying a larger contingent of 30 Long Range Missiles. It is however armed with the same 3 Medium Lasers as the Whitworth, which make it vulnerable to enemy ‘Mechs that manage to sneak inside its missile umbrella.

For this reason, the Trebuchet was designed from the outset as a ‘Mech that was supposed to operate as part of a lance rather than a single machine. Often paired with the Centurion for greater flexibility in combat, lances comprised of both machines were highly effective, able to severely damage most opponents at long range before using their lasers and autocannons to finish off their foe.

Various factories around the Inner Sphere obtained the license to produce the Trebuchet, and it would remain a popular sight amongst all House forces for centuries. 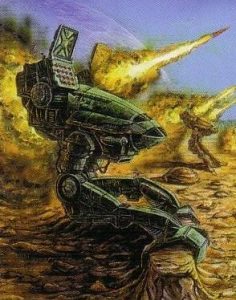 One of the most distinctive designs ever created, the CPLT-1 Catapult is what most Mechwarriors think of when they hear the term Missile Boat. The Catapult is armed with 30 LRMs, just as with the Trebuchet, and mounts 4 Medium Lasers as well as 5 additional heat sinks to deal with close in threats, making it capable of defending itself when necessary. It does, however, sacrifice some mobility over the Trebuchet, having a top speed of only 64.8 km/h.

Notable for the Catapult is how its popularity led to several retrofits that often had nothing to do with its original role as a long range missile delivery platform. The CPLT-K2 variant fielded by House Kurita swapped out the twin LRM-15s for paired PPCs as well as enough heat sinks to fire them almost continuously. The CPLT-C3 swapped the missiles for a more dedicated artillery system, the Arrow IV, giving the Catapult a true over-the-horizon weapon. Taking a different tack, the CPLT-C2 swaps out the medium lasers for paired LB 2-X Autocannons, albeit with help from Endo Steel internals and an extralight engine. 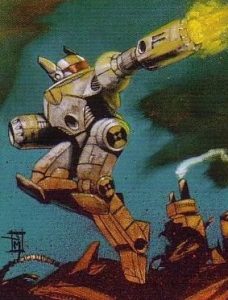 The only Clan ‘Mech to appear on this list, the Crossbow is a highly unusual design amongst the Clans. Most Clan Mechwarriors find the sort of long range combat typical of Missile Boats to be dishonorable, preferring direct fire weapons. The entirely missile-based Crossbow, with a primary configuration of 40 LRMs, is thus a rare sight amongst any Clan Touman.

That said, the lack of flexibility in the design has made it unpopular with the Steel Viper Touman, to the point where it is often relegated to second-line or garrison Clusters. 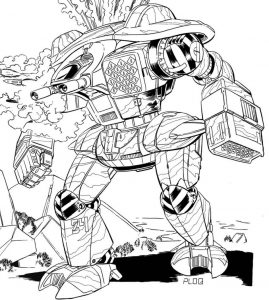 When you think of ‘Mechs capable of putting out a wall of long range missiles, no ‘Mech comes more immediately to mind than the Salamander. Armed with a whopping 60 LRMs, the 80 ton PPR-5S Salamander is capable of fulfilling the role of fire support all on its own without any additional Missile Boats to help it.

All that long range firepower comes at a steep price, however, as the Salamander is virtually defenseless against enemies that manage to slip into close range. Armed with a pair of Medium Lasers, and too slow to escape, the Salamander is easy prey to lighter ‘Mechs that go unnoticed by an unwary pilot.

This flaw hasn’t seemed to keep the Salamander down, as it saw service throughout most of House Davion’s conflicts, serving with distinction as the primary fire support ‘Mech in most of their regiments. The Salamander would remain a popular choice through the Jihad and into the Dark Age era of BattleTech.

Was there a Missile Boat ‘Mech that we missed that you really think should be mentioned? Let us know in the comments section below!