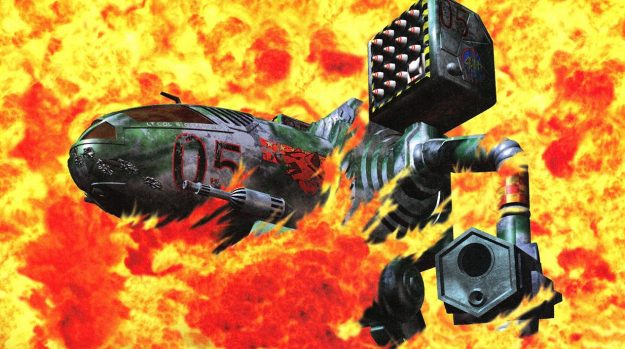 The time has finally come. We’re taking a look at MechWarrior 2: 31st Century Combat in this week’s retrospective look at the BattleTech video games that made the franchise. And for me at least, there was no more formative experience in BattleTech than MechWarrior 2.

But before we get into the game, let’s head back to our last retrospective on MechWarrior 2: The Clans. If you recall, the original MechWarrior PC game was made by Dynamix, but then they got purchased by Sierra On-Line and took MechWarrior’s engine with them. That meant Activision had to start over from scratch back in 1992.

As is often the case with Activision, development did not go smoothly.

You can read up on the details in our previous post. Suffice to say, the entire production staff either quit or left for other projects, and MechWarrior 2 would have died entirely were it not for Tim Morten. Credited as an associate producer, Tim took the engine being worked on for The Clans and refined it until there was something resembling a game. Morten was also instrumental in convincing Activision’s leadership to keep the project going with a team of about two dozen people.

MechWarrior 2 would go on to win dozens of awards from various game publications and sell 500,000 copies in the first three months of sales. For the mid-’90s, that’s basically a blockbuster. Overall sales were a lot more than that, but getting specific figures is a bit tricky. Let’s just say it’s well into the millions and leave it at that.

I came across MechWarrior 2 back when games were still being handed around via shareware discs. The internet was still in its infancy and my home still didn’t even have a dial-up modem. My gaming was done entirely solo, and MechWarrior 2 was easily the best DOS game I’d ever played. 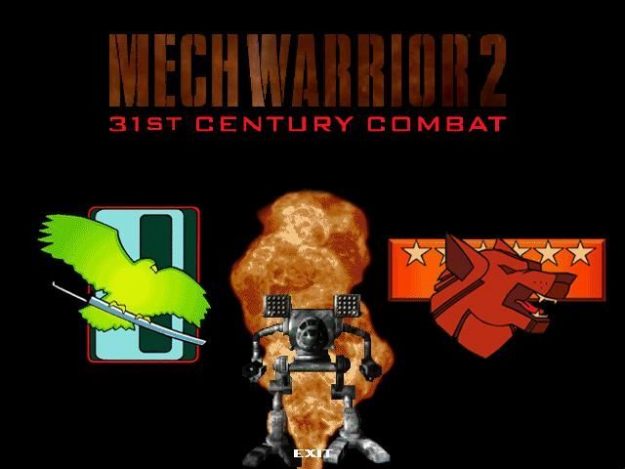 MechWarrior 2 takes place during the Refusal War between Clan Jade Falcon and Clan Wolf. The player can decide to fight for either the Wolves of the Falcons, with each side’s campaign consisting of 12 missions interspersed with Trials of Position as you make your way up the Touman‘s ranks.

Depending which team you play for, either the Jade Falcons crush the Wolves and go on to take Terra, or the Wolves defeat the Jade Falcons and defend the Inner Sphere against Clan incursions for the foreseeable future. Obviously, MechWarrior 2 doesn’t take place in traditional BattleTech canon, so these outcomes are entirely apocryphal.

Also, you wind up as Khan of either Clan after the final Trial, which is technically an elected position and not one you can achieve strictly through combat. But whatever--you’re also destroying dozens of ‘Mechs completely by yourself in some missions. ‘Mech games sell based on hero fantasies and not realistic depictions of a single person’s ability to sway history, after all. 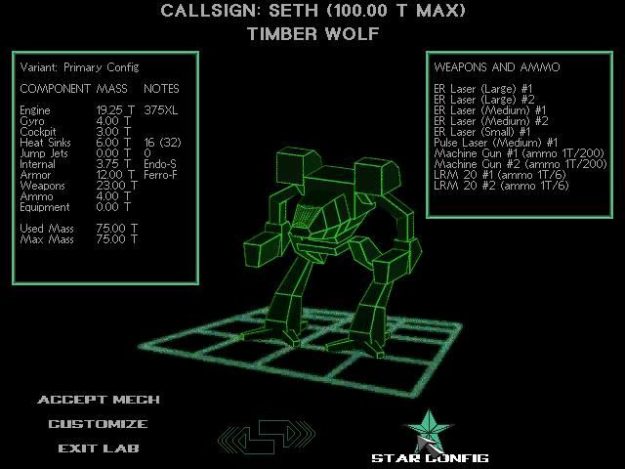 Both sides feature the same arsenal of 14 ‘Mechs and both sides lacked some of the newer designs introduced in 3057 (some would be added later in the Ghost Bear’s Legacy expansion, but it’s still a notable slip). You do get several IIC variants, including the some unseen ‘Mechs such as the Rifleman, the Warhammer, and Marauder, but otherwise, you’re limited to Clan ‘Mechs that were present during the start of the Inner Sphere invasion.

MechWarrior 2 also didn’t ship with certain technologies that were present in 3057. Anti-missile systems, ECM, active probes, and basically anything that wasn’t a standard Clan weapon was just too complex for the developers to handle and still actually ship a completed game. To that end, many of the ‘Mechs featured in MechWarrior 2 didn’t arrive with their historically correct loadouts. Basically all the Firemoth alternate configurations were modified in some way, as was the primary config Hellbringer, several Kitfox variants, the Warhawk, and the Gargoyle Alt Config C and D.

Another limitation in MechWarrior 2 was that each ‘Mech could only carry a maximum of 10 weapon systems, which meant several weapons-heavy ‘Mechs also needed to be changed. The primary configuration of the Nova, famously comprised of 6 ER Medium Lasers in either fist, was instead changed to just 7 ER Medium Lasers, 2 Medium Pulse Lasers, and 1 ER Small Laser.

Strangely, Activision didn’t stop at just altering the Nova’s weapon loadout. They also gave the ‘Mech an Endo Steel chassis and a 300 XL engine to give it a running speed on par with that of the Storm Crow. Nobody is quite sure why they did that, and we can only assume it was to ensure the Nova stayed roughly on par with the Storm Crow in terms of performance. 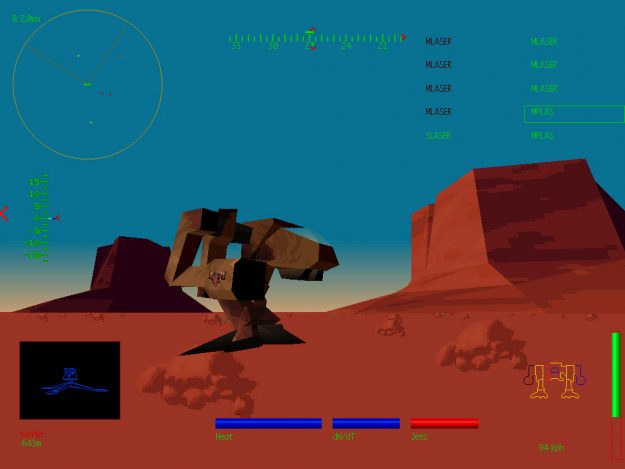 The Timber Wolf and Dire Wolf also had minor changes to their primary configurations due to possessing too many weapon systems.

Unlike modern BattleTech games that limit the types of weapons that can be taken on an OmniMech, MechWarrior 2 allowed anything and everything on any given chassis. If you wanted to rip out the missiles and lasers on a Mad Dog and replace them with autocannons, that’s just fine. This would do nothing to the overall appearance of your ‘Mech, mind you, but you could do it. It wouldn’t be until MechWarrior 3 that dynamic loadouts were considered in a Mech’s model.

Piloting your multi-ton beast was done entirely via keyboard unless you were one of the lucky few who purchased MechWarrior 2 packaged with Microsoft’s Sidewinder joystick. The Sidewinder allowed you to control your ‘Mech’s torso by twisting the stick, making it a lot easier to maneuver your machine while maintaining weapons on your opponents. Otherwise, one hand was on the arrow keys while the other was busily hitting the “<>” keys to keep your torso pointed in the right direction.

But what truly set MechWarrior 2 above most PC games of the era was its graphics. MechWarrior 2 used dynamic lighting and color shading to really add depth to every world you encountered. Textures were entirely basic--you would see some bitmaps on each machine, but otherwise, every surface was just a flat color interrupted by the occasional sprite of a bush or piece of rubble.

And yet, somehow, it still holds up. Take a look at the video below to see for yourself.

MechWarrior 2 remained on the cutting edge of graphics technology for quite a few years following its initial release. As Digital Foundry calls it, the mid-’90s was a Wild West-era for PC gaming where there were multiple video card manufacturers and each one required their own special game release in order to take full advantage of what that manufacturer’s card could do. Activision catered to pretty much all of them, which meant that MechWarrior 2 was released in no less than 38 different versions over three years.

And frankly, a lot of them sucked. Sure, it was neat to see ground that was something other than a flat-shaded polygon, but in order to make the textures work, Activision had to remove a lot of the dynamic lighting that made the original DOS version look so great. They often also removed textures from the ‘Mechs themselves making them look drab and utterly boring. 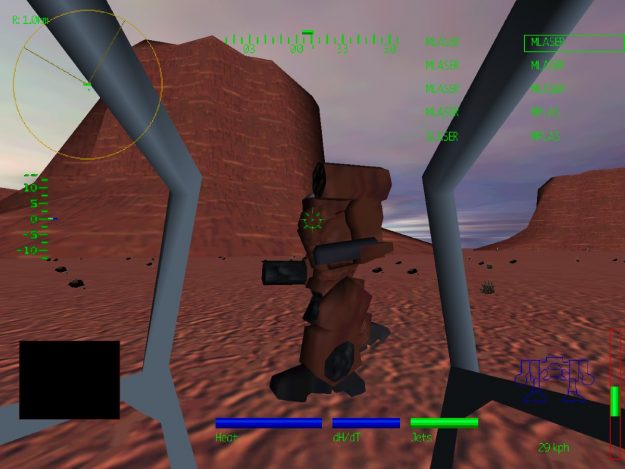 I managed to avoid those special editions. By the time I got my first PC upgrade, MechWarrior 3 and MechCommander were out, and they did a much better job of making things look pretty. But these graphically enhanced editions and expansions like Ghost Bear’s Legacy and the stand-alone MechWarrior 2: Mercenaries--packaged together as the Titanium Trilogy--kept the MechWarrior series relevant for years and were widely considered the golden age in ‘Mech simulator games.

Another thing that set MechWarrior 2 apart from games of the era was the music. Even today, MechWarrior 2’s soundtrack holds up extremely well, combining orchestral and digital sounds in a way that was both unique and cutting-edge for that era of PC gaming. It was also one of the first PC games to burn the music directly to the CD rather than encode it as MIDI files, meaning you could take the CD, put it in a Walkman, and listen to the entire score whenever you wanted.

There were way more little gems that set MechWarrior 2 apart. The manual came with its own Technical Readout section that basically took part of the actual Technical Readout: 3050 for the relevant ‘Mechs. There were little notes added in the margins to make it look like a pilot had been scribbling notes to provide cadets hints on how to succeed. And between every mission, there was a short story that provided you with a bigger picture of all the battles that were happening at that time in the Refusal War. 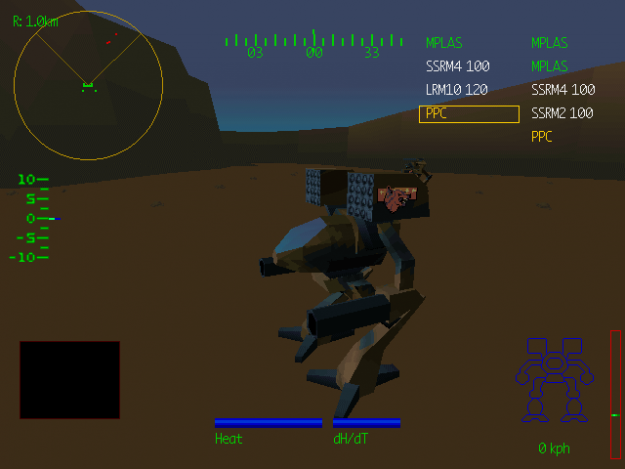 I could say without a doubt that it was these little things that gave MechWarrior 2 a certain magic that no other game of the era possessed. The music, the lore--they all made it seem like MechWarrior 2 was bigger than it actually was, which if we’re being honest, wasn’t all that big. You could crunch out both campaigns in a single afternoon if you were really rushing it. But then you’d miss out on reading the stories that came before and after each mission, or on tweaking your ‘Mech so it was armed and armored exactly the way you wanted it.

That’s not to say MechWarrior 2 was perfect. The Windows 95 versions were often bug-filled messes that crashed after a few minutes of play. Splash damage was so hopelessly broken that it doubled or even tripled the stated damage of ER PPCs and LRMs, making a pair of LRM-20s capable of destroying any ‘Mech in a single salvo. And those LRMs were actually Streak LRMs considering how they locked-on and homed in on targets.

Let’s not even get started on the Sega Saturn or PlayStation versions of the game.

But these faults were relatively minor. MechWarrior 2 was the first game that truly captured the magic of BattleTech in a single experience. You had all the lore of previous BattleTech video games combined with the feeling of really being inside a multi-story death machine, with truly enough firepower to level a city block. That’s an intoxicating combination that snapped up more than a few impressionable young minds.