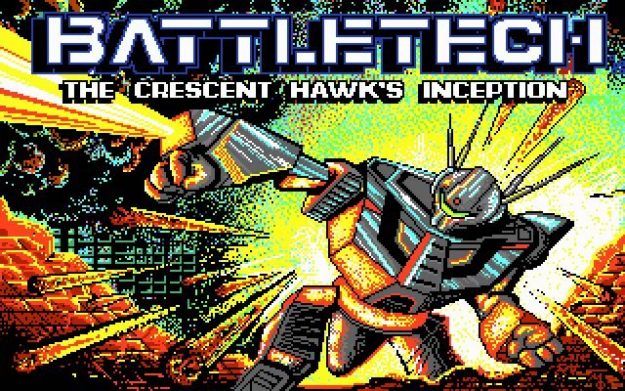 Welcome back to Did You Know?, the Sarna feature where we take a look at some of the more obscure corners of BattleTech history. We’re kicking off a series on retro video games, and what could possibly be more retro than the very first BattleTech computer game than BattleTech: The Crescent Hawks’ Inception?

Originally released in 1988, this bad boy was made for the original Commodore 64. I’m not nearly old enough to remember these ancient personal computers, but if they’re anything like the Nintendo 64, it must’ve been revolutionary for its time. 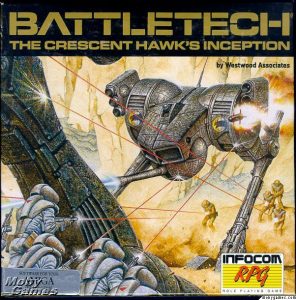 To get this game to function on a modern computer would require running a virtual machine on Windows and possibly some light computer engineering knowledge that I simply don’t have the time or inclination to learn. Luckily, we live in the age of the internet, and no matter how old or obscure the game, someone has done a Let’s Play series about it on YouTube.

We have MrTatteredRags to thank for this lovely Let’s Play that goes from beginning to end of The Crescent Hawks’ Inception, which I will henceforth shorten to simply CHI. Produced by Westwood Associates (the developer that would eventually become the legendary Westwood Studios of Command & Conquer fame) CHI followed the standard format for most Infocom games at the time--that being a text-based adventure game with a few basic animations and the most god-awful sound effects possible.

Just take a few moments to experience the game’s opening. This is bad, even by 1988 standards.

Let's Play -01- BattleTech: The Crescent Hawk's Inception - An Example of Failure
Watch this video on YouTube.

Full disclosure: I’ve experienced text-based adventure games before, but they were usually only in the form of a brief joke scene in a more modern game. The only game I’ve ever played that took the genre seriously was Space Ranger, a Russian top-down space adventure game that mixes RTS and RPG elements as well as the aforementioned text adventure portion.

Frankly, I don’t know how anyone can endure an entire game that’s just wandering around Legend of Zelda-style until you have to do some light reading and option selection, but the late ‘80s were a vastly different time for gaming.

In CHI, you play as Jason Youngblood, a young military cadet on the Steiner planet of Pacifica (aka Chara III). You’re the son of war her Jeremiah Youngblood, the Lyran HQ’s security chief and someone who oddly has the ear of Archon Katrina Steiner. 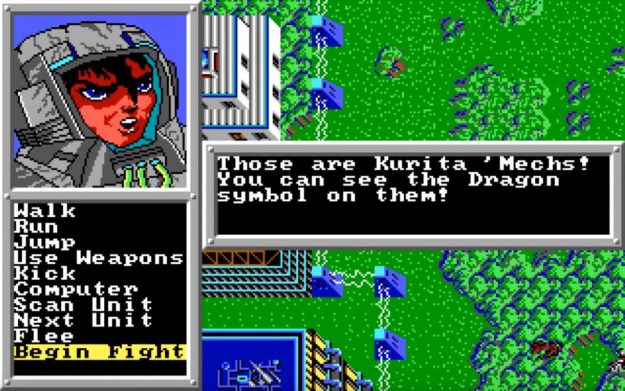 He’ll soon die and leave you in charge of a guerrilla campaign to overthrow invaders from the Draconis Combine, but before then you’re just a cadet in training. So you can wander around and do some training missions to learn how to use guns, rifles, and even a bow and arrow.

Learning how to use a bow and arrow seems oddly low-tech in the world of BattleTech, but again, it was the ‘80s. You weren’t a warrior until you learned how to kill a man with a bow and arrow.

You can also go on training missions in ‘Mechs--ostensibly the whole reason why you’re there. Your choice of machine is either a Locust, Wasp, or the rarely seen Chameleon. There’s little to say for the animation of any particular ‘Mech with the 8-bit designs basically getting the overall outline correct without providing much detail. 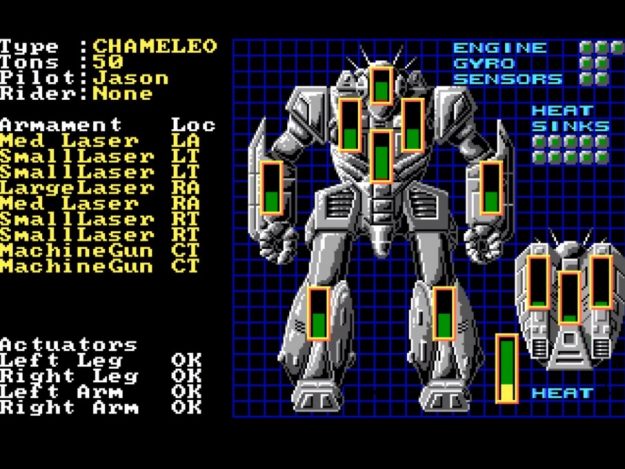 Eventually on one of your training missions, the Draconis Combine invades, destroys the training academy, and leaves you alone to assemble a crack team of Drac-fighting commandos including a ‘Mech tech, a field nurse, and even a former Kell Hound. This is when the game really picks up and where your earlier training determines how easy you find the game’s remaining tasks.

It turns out that the Dracs are on Pacifica to raid an old Star League-era weapons depot that your father discovered while stationed here. You also find out that your father was actually the commander of an elite covert operations team called the Crescent Hawks, and as you wander around Pacifica gathering allies you adopt your father’s unit name and assume command.

I guess “cadet” makes you the ranking officer on planet?

There are a lot of holes like this in the general plot of the game. Apparently the Crescent Hawks are also somehow related to the Kell Hounds (because almost everything good and noble in the Lyran Commonwealth is related to that mercenary company) and the Crescent Hawks were given carte blanche from Katrina Steiner herself to operate as an independent military unit. 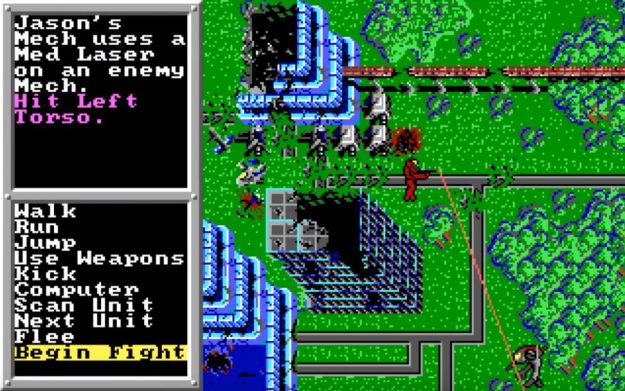 Another thing I found somewhat odd was how everything in the game costs C-bills. That’s fine, Lyrans are merchants after all, but you’d think being a guerrilla group operating on a recently invaded planet that the locals might be a bit more eager to help out with donations.

Perhaps the greatest sin this game makes, however, is how it ends with such an obvious setup for the sequel (SPOILER ALERT!). You barely resolve anything: Jason locates the Star League-era cache, finds his dad’s ‘Mech (a PHX-HK2 Phoenix Hawk LAM of all things), and you escape the planet via dropship with a communique direct from Katrina offering you a commission in the Lyran Armed Forces. 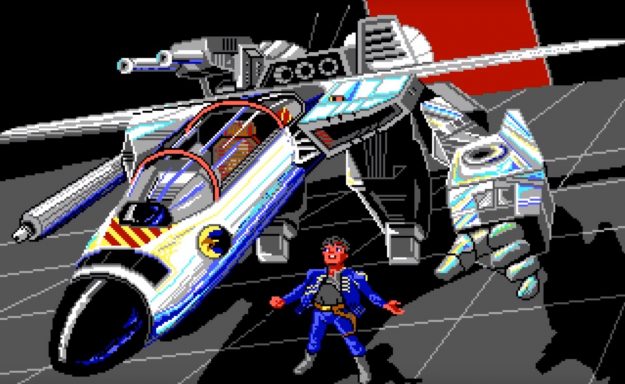 But no, you refuse her offer to go looking for your father, who must surely still be alive since you found his ‘Mech (I know there are other reasons too, but that was the big “payoff” near the end-game).

As much as the whole game reads as BattleTech fan-fiction rather than anything even remotely approaching canon, it seems that Crescent Hawks’ Inception was well received by the fan base. So well received that it became written into canon in subsequent official publications from FASA.

Personally, I think that CHI got a lot of goodwill simply because it was the first of its kind. Looking at it with the critical eye of someone who came of age during the days of MechWarrior 2, the plot was flimsy and at times nonsensical, the sound effects were either hilarious or nonexistent, and the game’s visuals were what I’d imagine a coked-out pixel artist’s rendition of Robotech would look like.

On the plus side, CHI needed to happen in order for every other BattleTech game to come after it. Plus, the Phoenix Hawk LAM is always pretty cool.

I give it two stars out of five.

30 thoughts on “Did You Know? – Retro BattleTech Games, “The Crescent Hawks’ Inception””