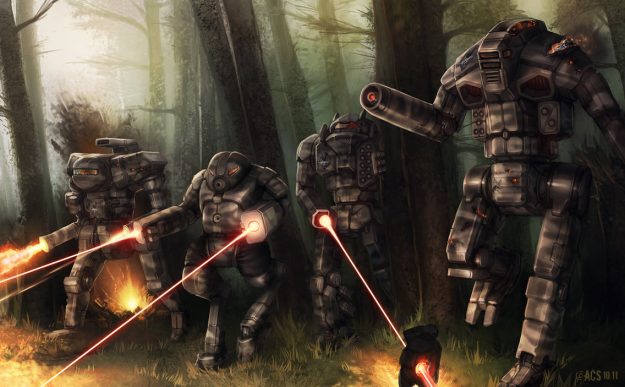 courtesy of shimmering_sword on Deviant Art

There’s a certain class of ‘Mech that doesn’t get a whole lot of appreciation in BattleTech. The humble Scout ‘Mech is a much-maligned chassis, especially on the tabletop version of the game Mostly because both players can see where the opponent is moving their machines, thus making the role of forward scout rather pointless.

In computer game circles, such as MechCommander and the upcoming BattleTech turn-based game, the role of the Scout far more important. As Adam Steiner always said, “information is ammunition”, and a forward scout provides critical information regarding enemy troop movements. Knowing where your opponent is located is always the first step toward victory.

Of course, satellites still reign supreme for gathering intelligence, but you can’t always rely on satellites – especially when trying to invade a planet with a hefty complement of aerospace fighters. In situations where you can’t have eyes in the sky, you need eyes on the ground. Preferably eyes that have as much electronic enhancements as possible.

Today, we look at some iconic Scout ‘Mechs and pay them more appreciation than they have ever received. 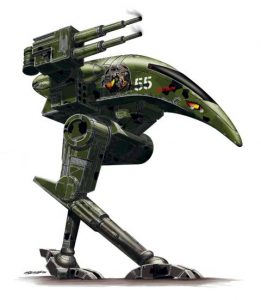 The Raven has been the consummate scout ‘Mech since its introduction in 3048, and since then variants have found their way into most Houses of the Inner Sphere. The RVN-3L, the most common variant found before the latter half of the 31st century, carries a full suite of electronic warfare gizmos, including a Beagle Active Probe, Guardian ECM, Target Acquisition Gear for calling in artillery strikes, and a NARC Missile Beacon launcher for designating targets for LRM batteries.

Although armed sufficiently for a light ‘Mech with two Medium Lasers and an SRM-6 tube, Ravens rely on their pilot’s skill and electronics to keep them out of trouble. With a speed of 97.2 km/h, a detected Raven doesn’t last long against faster, better-armed light ‘Mechs. 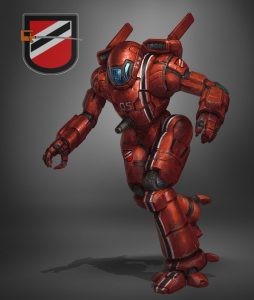 Where the Ostscout falls down is in armament. Being only armed with a single Medium Laser, the Ostscout is a vulnerable combatant at best. For this reason, Ostscout pilots are taught to flee at the first sign of peril, and only engage the enemy in the most desperate (or hopeless) of situations. 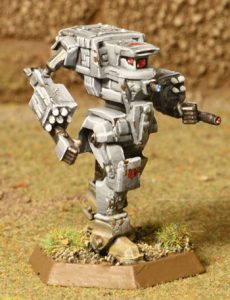 The Clans don’t often have need of scout ‘Mechs as their ritual of Batchall usually provides both commanders with their foe’s location and disposition. Nevertheless, Clan Ice Hellion developed a capable, fast medium ‘Mech which Clan Wolf would later perfect into a heavily armed scout chassis.

With a top speed capable of keeping up with the vaunted Ostscout, but with nearly 10 times the firepower, the Ice Ferret was an absolute terror when it was first encountered by the Inner Sphere. Its combination of speed, armament, and armor meant that nothing could escape the Ice Ferret’s clutches, making it extremely popular among Wolf pilots during the Clan invasion. The Ice Ferret would remain popular until its limited production facilities were destroyed during the Wars of Reaving. 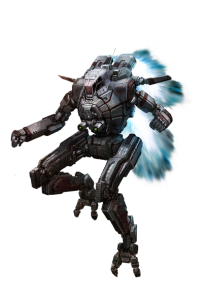 A Scout ‘Mech that has a long and varied history, the Spider is best known for its aerial acrobatics. With eight jump jets, the Spider is capable of jumping 240m and realigning itself mid-flight, allowing it to land in a totally different direction than when it jumped. Combined with its incredible speed and maneuverability, the Spider is one of the hardest ‘Mechs for targeting computers to lock onto.

That’s not to say the Spider isn’t without its flaws. Initial versions of the chassis were light on electronics warfare gear, which made it somewhat lackluster in the forward recon role. Furthermore, the complete lack of ejection system on most variants meant that losses among Spider pilots were comparatively larger than other scout machines. Most pilots practiced a quick dismount during their downtime. 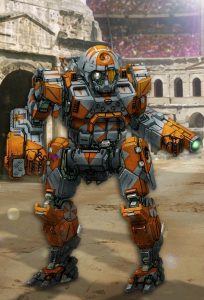 courtesy of sightsonyou on Deviant Art

House Steiner takes a different approach to their Scout ‘Mechs. Rather than rely on speed to get their scouts out of trouble, Steiner machines prefer to rely on firepower. The Commando COM-2D is thus armed with an SRM-4, an SRM-6, and a Medium Laser for offense. This armament puts it well above any other 25-ton design of the era and closer to machines much heavier. What it gains in firepower it loses in speed. With a top speed of 97.2 km/h, and little armor to protect it, the Commando is vulnerable if caught out of position by faster and more numerous units. For this reason, Commando pilots usually operate in pairs or entire lances rather than single forward scouts.

There are of course far more Scout ‘Mechs than listed here in the wider world of BattleTech. What Scout ‘Mech did we miss that was your favorite? Let us know in the comments!