From the very beginning, BattleTech has been a game with a lot of controversy. Even the first edition name landed BattleTech in hot water. But another fateful decision would cast a long shadow over the fledgling universe, one that only recently has been put to rest. What I refer to is known colloquially as the Unseen ‘Mechs. 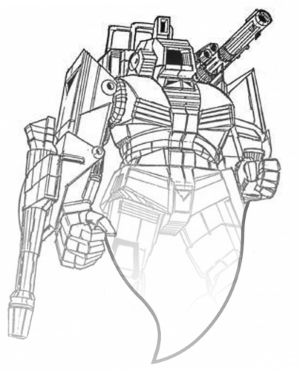 Many of you older MechWarriors recall (or remember from our previous article) that the original ‘Mechs featured in BattleTech were actually all taken from Japanese anime, namely Macross, Fang of the Sun Dougram, and Crusher Joe. While these cartoons were middling at best, the mechas they featured were something the West had never seen before, and this novelty drew the owners of FASA to license the imagery from Twentieth Century Imports for use in their robot-inspired tabletop game.

That was 1984, the year the first edition of BattleTech (then called Battledroids) would be made. All seemed well at first; sales of the game were solid, and plans were already being made to expand the universe and release a second edition. Then, FASA got a letter in the mail from another company called Harmony Gold. The letter said they owned the rights to the mechas that FASA thought they licensed from Twentieth Century Imports, and they had to cease all use immediately.

Then, in 1985, a new show started appearing on TV called Robotech, which had robots that looked strikingly similar to the ones featured in BattleTech.

But it was the 1980’s, nobody had really ever heard of Macross, and FASA crumpled up that letter and threw it in the garbage. OK, we don’t know if they literally threw it in the garbage, but they essentially ignored it – at least, at first. Then, in 1985, a new show started appearing on TV called Robotech, which was essentially Macross recut and rebranded for the more refined American pallet, and wouldn’t you know, it had robots that looked strikingly similar to the ones featured in BattleTech.

Then, FASA got another letter from Harmony Gold, again saying they owned the rights to those ‘Mechs, and they had to pull them from their games. Now FASA was paying attention, and according to court documents, this “sparked an exchange of correspondence between the parties, including numerous cease and desist letters from Harmony Gold.” That exchange can be boiled down to a he-said, she-said where Harmony Gold argued they bought the rights to the Macross images, to which FASA countered by saying they owned them since they bought them a year earlier from Twentieth Century Imports. Lather, rinse, repeat.

In fact this went on for nearly a decade, and while there was a lot of animosity between the two companies, nobody was willing to sue. That is until 1994, when another company, Playmates, came out with a line of toys that looked suspiciously familiar. 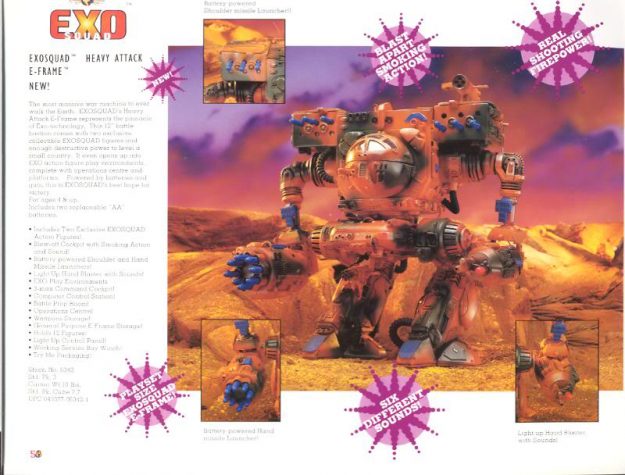 Exosquad was a short-lived cartoon for which Playmates made little robot action figures. FASA had previously pitched the idea of a line of similar BattleTech-themed toys to Playmates, along with supporting sketches, but Playmates turned them down. Then, Playmates decided to throw a Timberwolf-esque design into their Exosquad line of toys.

That was enough for FASA, and they sued Playmates for copyright infringement, arguing the new toy line infringed on exclusive imagery owned and produced in-house. From the hindsight of 2017, it’s pretty easy to see that toy rather strongly resembles a Timberwolf. However, to a circa 1994 judge’s eyes, deciding a case between two long-feuding companies, the similarities weren’t enough, and the case was dismissed.

One good lawsuit deserves another though, and in a legal bait-and-switch, Playmates brought in Harmony Gold, who were all too eager to counter-sue FASA for copyright violations of their Macross-sourced imagery. “How’d they manage that?”, you ask. Well, Playmates also made a line of toys for Robotech, and they got their Macross image license from – you guessed it – Harmony Gold.

This case looked like it could go badly for FASA – having purchased the rights from Twentieth Century Imports meant that they were once removed from the original art production company, while Harmony Gold had gone straight to the Tatsunoko art studio to secure the rights for themselves.

However, part of that settlement meant that FASA could no longer use the ‘Mechs that were sourced from Macross.

Things were looking grim for our heroes, but lady luck was on FASA’s side. In a series of legal slip-ups, Harmony Gold provided FASA’s lawyers with quite a few letters during discovery that brought into question Harmony Gold’s sole ownership of the rights to Macross. The legal waters having been sufficiently muddied, Harmony Gold decided to settle rather than go to trial.

However, part of that settlement meant that FASA could no longer use the ‘Mechs that were sourced from Macross. This meant the end for the Wasp, Stinger, Phoenix Hawk, Crusader, Warhammer, Longbow, Rifleman, Marauder, and Archer.

The whole ordeal had left a foul taste in their mouths, so FASA didn’t stop at just Macross. They decided to end use of any art produced out-of-house for their ‘Mechs, which meant even the non-Marcoss ‘Mechs had to go. Thus, in 1996, the era of the Unseen ‘Mechs began.

For long-time BattleTech fans, it was a hard blow. Many had grown up with these ‘Mechs, and to have them yanked away was devastating.

Things stayed in that sad state for a long time. In 2001, FASA closed their doors and sold all their intellectual property, making the rebirth of these classics even more unlikely. But in 2003, a light shown from above on the poor Unseen. FanPro had purchased the license to the BattleTech tabletop game, and decided to bring back the Unseen ‘Mechs in a Technical Readout called Project: Phoenix.

Catalyst Game Labs would take up the mantle of BattleTech’s champions in 2007 and continue the fight for the Unseen.

Just because FASA wasn’t around didn’t mean that FanPro could start using the original Macross images though. To abide by the court settlement, they made brand new art based loosely on the original designs, but updated to match the technology used in 3067. While they weren’t quite the classics everybody remembered, the old boys were back, and better than ever.

Still, the pull of nostalgia is a strong one, and die-hard fans really wanted their old designs back. Catalyst Game Labs would take up the mantle of BattleTech’s champions in 2007 and continue the fight for the Unseen. In June 2009, for a brief, shining moment, it seemed like they’d secured the Unseen’s release, but those hopes were quickly dashed in August when they released a similar statement saying they may have spoken too soon.

For 6 more years the saga of the Unseen lingered on, until finally in 2015, Catalyst Games announced they would re-release the Unseen, this time with new art as true to the originals as they legally could make them. Considering the original art often seemed like it was drawn in pen on the back of a napkin (I kid, they have a delightful 80’s aesthetic), while the new art was clean, crisp, and often more closely corresponded with technical specifications, fans were pretty pleased with the new art, and the BattleTech community rejoiced. The Unseen had finally come home. 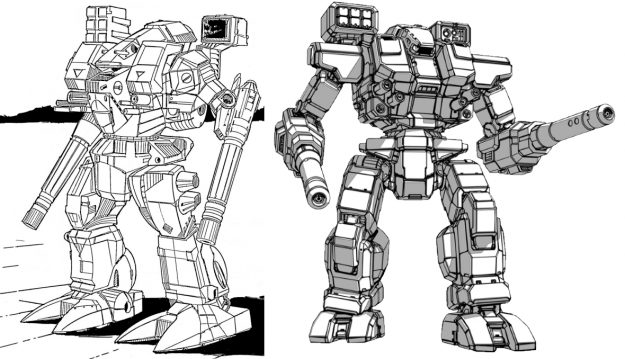 Now in 2017, it seems the tale of the Unseen ‘Mechs has finally come to a close. The Unseen have returned to the fold, and can be found in everything from the Alpha Strike table top game to MechWarrior Online, to yet to be released BattleTech and MechWarrior 5. We here at Sarna are certainly glad to have them back.

I should have the broad strokes right, but court documents from the 90’s can be hard to dig up. Got any juicy tidbits I missed?  Leave a reply in the comments!

22 thoughts on “Did You Know? Tale of the Unseen ‘Mechs”