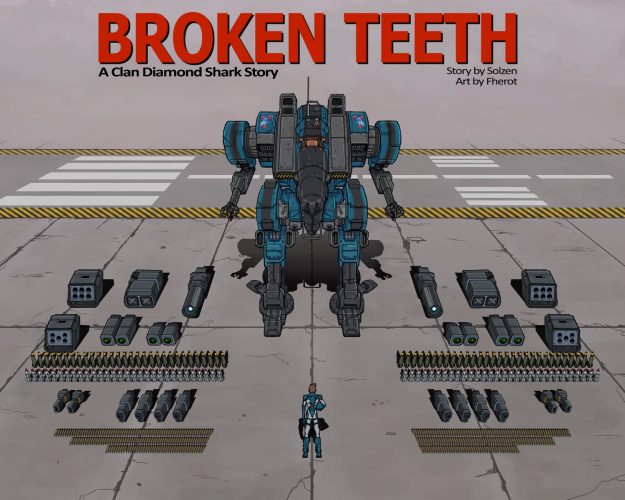 We here at Sarna love ourselves some fan-made BattleTech projects. Comic books aren’t the usual fare for BattleTech fan content, but we’re not about to say “no” to an entire volume filled with beautiful robot art. And if we’re lucky, maybe even several volumes.


It’s called (or rather, going to be called) Broken Teeth, with the story written by Solzen and the pictures drawn by Fherot. I was personally tipped-off to this dynamic duo’s project thanks to the BattleTech subreddit, but I also know that the boys over at No Guts No Galaxy have been posting this on their social media accounts as well to generate some hype.


Not to be outdone by those two, we here at Sarna will generate our own specifically branded form of hype. It’s decaf and low calorie. 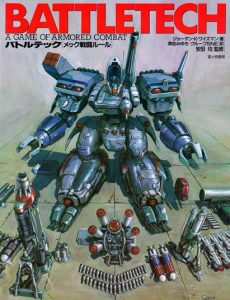 So far, all we know comes from the cover art that was dropped as a teaser image. It shows a Viper standing on a tarmac with its entire potential arsenal laid out before it. The specific stance and style is a callback to the Shadow Hawk that once adorned the Japanese version of BattleTech many moons ago, which as Tangowolf over on Reddit points out, is itself a reference to the specific style of military photography done to make jet fighters look super cool.


From the title, we know that the comic will be based on both Solzen and Fherot’s experiences playing MechWarrior Online, and it will feature Clan Diamond Shark in a big way. And there will be a Viper, which is a highly underrepresented but very awesome Clan ‘Mech I don’t see enough of.


Besides that, we’ll learn more as the comic is released.


We don’t have specific knowledge on where Broken Teeth will be released, but it’ll surely show up on my social media feeds when it does. I’ll be sure to keep you posted.