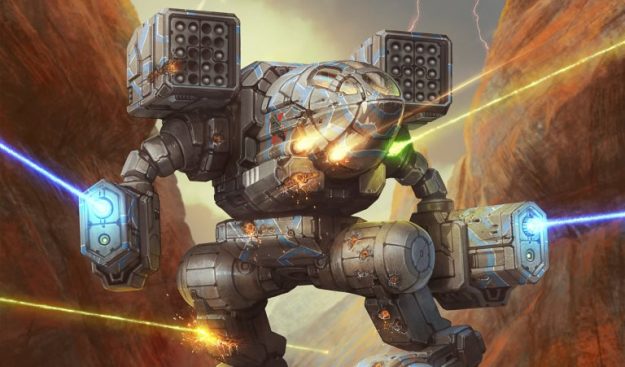 Has it been a hot minute since the latest BattleTech novel? It sure feels that way. The last full BattleTech book I read was The Nelus Academy Incident and before that another Pardoe masterpiece in Betrayal of Ideals.

Now Monsieur Pardoe has returned, but instead of telling the tale of the late, great Clan Wolverine, we get to hear the story of another dead Clan, the Smoke Jaguars.

As we all know by now (and if you don’t know, SPOILER ALERT), the Smoky Kitties bought the big one at the end of Operation Serpent, which you can read all about in the Twilight of the Clans series and is probably the best stretch of BattleTech fiction you’ll ever read.

But while the Smoke Jaguars were erased as a Clan, that doesn’t mean everyone that used to comprise the once great Clan completely disappeared. Scientist, technician, merchant, and laborer castes all were taken in by various Inner Sphere states and rival Clans, and the fallen Smoke Jaguar warriors who survived escaped to form various bandit groups.

But not all them. One, a Smoke Jaguar MechWarrior instrumental in the fall of his own Clan, survived the battle of Huntress. We never did find out what happened to Trent at the end of Twilight of the Clans, and now we’ll have Pardoe tell the rest of his story as well as the tales of several others. 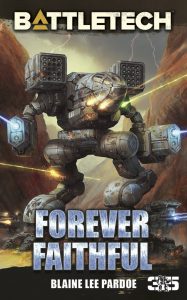 From his personal blog, we get the first draft of the back cover for Forever Faithful:

“One is the traitor that brought the enemy to their doorstep: one is the Smoke Jaguar who was tasked with rallying them and failed; one is a Nova Cat Warrior with a vision of their true role in history; and the other is from Clan Goliath Scorpion who wants to harvest their remnants as museum exhibits.”

This was apparently edited and will not be exactly what we see on the back of Forever Faithful (if you see a back at all since I’ve certainly gone digital for my reading these days), but it gives us an idea of what we’re in for.

Apparently, this novel is a sort of successor to Surrender Your Dreams, a Dark Age novel that delves into the Fidelis, a special forces warrior sect within The Republic of the Sphere. Pardoe describes in his blog post that there was apparently a lot of debate following that novel as to just who the Fidelis were, and he pretty much just up and confirms that they are indeed Some Jaguar survivors.

There’s more behind-the-scenes stuff over on his blog post, which you should definitely read. And pre-order his book on Amazon or wherever you prefer to get your reading material.