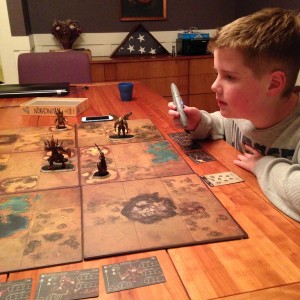 I am lucky to count myself part of an active and ongoing BattleTech gaming group. While we have a great time stomping about in our ‘Mechs, trying to complete campaign objectives, by necessity we are stuck playing only a single battle per meeting. Each battle, ranging from lance on lance all the way up to company vs company sized battles can take a daunting amount of time, with our average lance + support units vs star/multi lanced size opponents taking anywhere from four or more hours to complete. Many times we simply run out of time, and make judgment calls as to the results of the battles.

This has lead me to wonder, is there a better way? Being a technology junkie, I’ve often thought as to how to leverage technology to remove the tedium of classic BattleTech game play.

A few days ago I ran into this article nominally posted by “Gabe” from the popular web locality Penny Arcade. Almost immediately after reading I grasped the potential of this technology to be used in BattleTech to do number crunching, helping to resolve line of sight issues, etc, all as mentioned in the article. One of the most tedious of battlefield chores that we have to do is to keep track of missile shots, artillery plotting, and things such as keeping track of fires, smoke drift and mines have flat out been banned by our GM just due to the amount of additional paperwork and tracking it takes to keep track of it all. I rather suspect many GMs are the same way, for good cause. 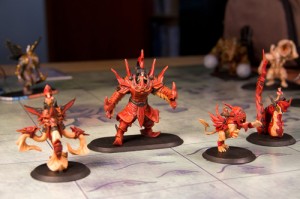 In addition I thought of how NFC technology (For example, as implemented in Nintendo’s Amiibo figures and software) could further automate record keeping by keeping track of individual ‘Mechs in ongoing campaigns. Besides significantly cutting down on the recording keeping time that GMs have to do, having access to the current status of a ‘Mech at a glance in digital form is a great capability, possibly being able to track and post this information online to help keep players organized and help them keep track of status of their favorite units between battles.

In order for our hobby to grow, we need to be aware that with the current status of tabletop BattleTech being the way it is we need to encourage new players. Things that make that process easier can really help to grow our ranks with new MechWarriors.

With the release of this game, I hope that the development team for BattleTech think about how to take BattleTech to the next logical level. Hope springs eternal!