Well just about the same time I finished my second article on Android Robot games, I began to find a few more games that I felt should also be reviewed here. There are others out there that are just too terrible to comment on or fall a bit too far into the “cute robot” category. 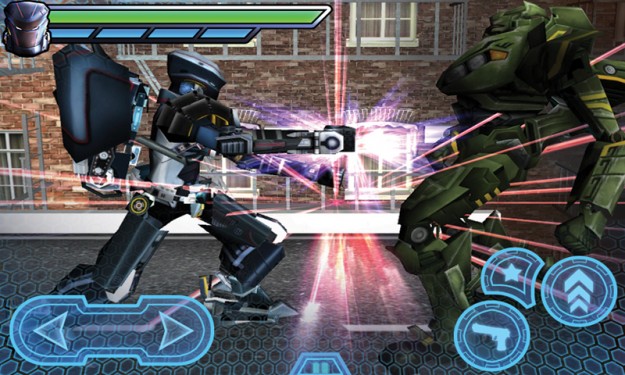 Mantera: The Sacred Path by 99 Works and Flare Studios. This game looks to have some strong potential. The robot designs are very solid and slick. I also love the transforming motorcycle powered armor, which I haven’t seen since Genesis Climber Mospeada (also known as ‘Cyclones’ from Robotech). Mantera is a 2D sidescroller that is inexplicably massive by mobile standards: 160 megabytes.

Gameplay is rough, at best. The animation of the sprites is very choppy and looks to be missing keyframes, and no enemy AI really to speak of. With no readable instructions for play, terribly translated background story and home screen, and background music consisting entirely of five bars continually repeating, and I quickly turned off the sound to save my own sanity. Despite my problems with Mantera, I’m including it because I really feel it has great potential should it be overhauled and updated. I’m a big fan of the side-scrolling platformer. I’d love to see this franchise get the attention it deserves. 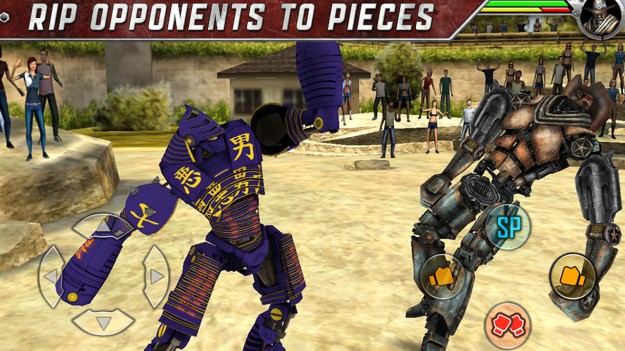 Real Steel HD by Reliance Games. Real Steel HD is the mobile version of the official movie game tie-in from Dreamworks Studios. The graphics are 3D and almost as lovely as Ep0ch, which I covered in my last article. RSHD has a decent number of original robot fighter designs as well as those from the film, the latter which you have to purchase for a buck a piece. Kind of steep for a game you already have to purchase anyway.

You can also purchase a custom robot maker function,  which unfortunately only lets you mix the parts of the current roster of bots. Even the ability to just change the colors of the parts would have been a plus in my book. Gameplay is interesting and fluid. Fighting games have never been my forte, but with a bluetooth controller the game would probably function like any standard “left vs right” style fighting game. I like it. For the most part Reliance put a good effort into the game. I do hope they expand on the botmaker though. Other than that- bang on, and here’s to hoping for real two thousand pound bipedal combat robots in the future. 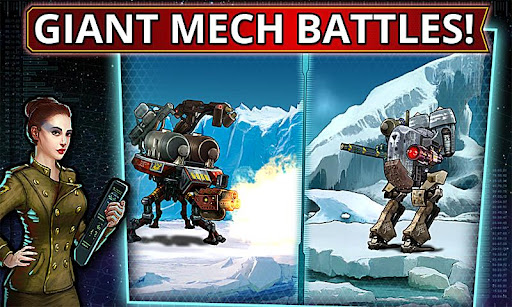 OFFWORLD by 6Waves is a turn-based game that pits your mechs and vehicles against countless others for really no reason other than to kill each other. Off to a good start here. The atmosphere and art of the game is stylish and pretty sexy, though the ‘mechs look a little strange. Strange meaning one looks like a radar dish, another looks like something AirHogs would sell. Still another looks as if Cthulu chaired Coventry Metalworks. The animation reminds me of the way some Super Nintendo would use the Mode 7 system to link sprites into one character or object to create the illusion of fluid motion.

It’s different and I like that. The sound effects are original and believable, the music is a type of ambient space trance that really works for the game’s overall mood. Each vehicle and ‘bot you own has accessories and parts that can be removed in favor of new weapons and parts scavenged from the field or bought in a rudimentary “mech lab”-like store or upgraded using purple crystals you buy with real cash. Offworld is quite playable without that feature. The story is vague, but adequate.

I’m still biding my time; wishing and waiting for MechWarrior Tactical Command to be released on Android. Here’s to hoping, but in the meantime Zeus the boxing ‘bot needs another clobbering.