Welcome back to part two of my round up of some robot combat games for the Android operating system. My substitute for BattleTech Tactical Command continues with games that while may not be even in the same genre as established BattleTech videogames, I think are still quite enjoyable to the same mindset that enjoys hundreds of tons of steel mayhem stomping things to toejam. 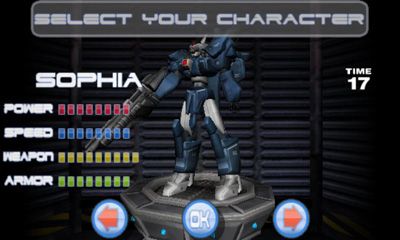 Exzuse Arcade, by Hyperdevbox is a railrunning shooter that most reminds me of the Playstation 1’s Omega Boost. Gameplay is close to Starfox for those of you unfamiliar to OmegaBoost. Like many games produced in Japan, its colorful and the designs are quite stylish for generic futuristic anime mecha.. Its only a ‘robot’ game in that what you’re piloting has arms and legs. You’re essentially flying throughout the game. Its a LARGE game, so make sure you check the requirements for running it. There is also a sequel, appropriately named Exzuse 2. 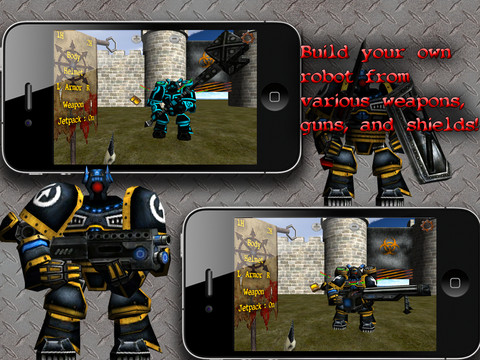 Gladiator: Robot Toy Builder. Made by Korean firm Inner Four INC, the best way to describe this game is to picture World of Warcraft using robots that look like they came from Games Workshop’s cutting room floor. Theres a player deathmatch but there’s a single player story as well. Put together a toy robot with various melee and ranged weapons, drop said robot into a maze like arena to face a barrage of opponents, and hope the game AI has a harder time trying to manuever than you do. 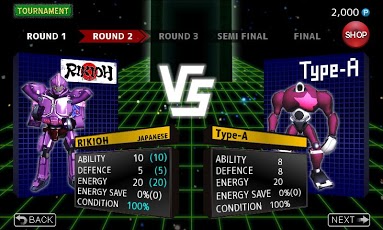 Kick it Star and Kick it Star World are two “Real Steel”-esque robot martial arts games for the Japanese Gree network by Hercules Pictures INC. The graphics are about on par with other Gree network games, so pretty good. The mecha are decorated with what look like sponsor decals, like you might find in Formula One or NASCAR racers (and of course, the Solaris Games). Fighting on a phone or tablet is much simpler than your typical console fighting games, something that might drive hardcore fighting gamers away. As for me, it provided just enough multi-ton robot fighting action to make me pull out my copy of Real Steel. And Robot Jox. 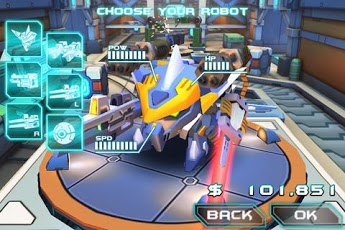 Armorslays and Armorslays 2 by Centurysoft International are overhead shooters that for all the world remind me of a science fiction version of the Playstation game Brave Fencer Musashi. More monster droids to fight and make credits on to upgrade your robot like SAWS from my last Android article. Its easier to move around and fight than SAWS, which is rather strange because the robot you’re playing as is essentially a big robot head with feet and hands and various weapons and backpack attachments.The overall look of the game is colorful and cute, and if possible even more super deformed than SD Gundam. Still, its fun and just under a dollar at the market. 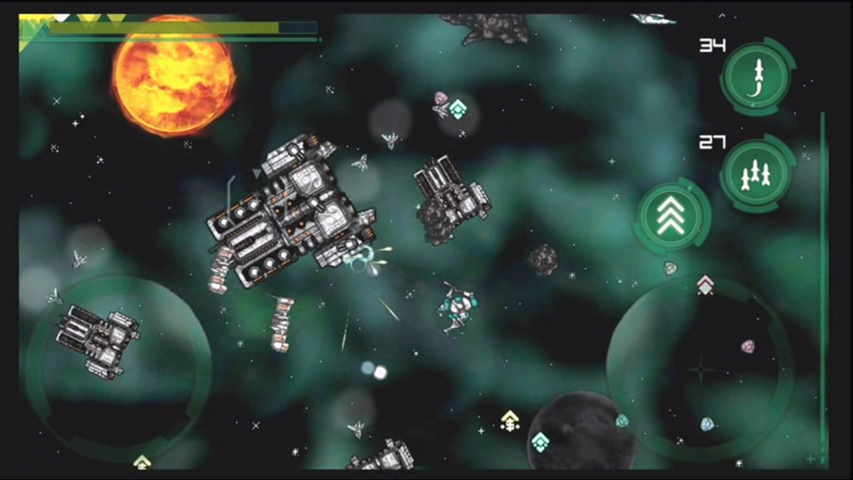 FRG Deluxe and Erncon by Woo Games.  FRG has been on my phones for a few years and is graphically simple but fun. Another overhead shooter, it controls exactly like SAWS and Armorslays; with one virtual thumbstick controlling your movement, the other your torso twist and aim. There’s really no story to the game as such. Fight robot monsters for fun and profit, and try to knock other players off the leaderboard. But what FRG seems to be is a programming stepping stone for developer Ernest Woo’s next game, Erncon. It was released in march of 2012 for the Apple IPod and Android, but cannot as of this publication find it in the Android Market. Amazon, however does offer it for free.

The play and style are very similar, even though it takes place in space. Erncon’s sound and graphics seem to be much much more advanced than FRG and also features cooperative and versus multiplayer. The graphics are similarly more detailed. While both are overhead games, the robots and other items on the screen are quite small. This makes the added details a bit hard to see and looks as if you’re viewing your machine from a spy satellite. 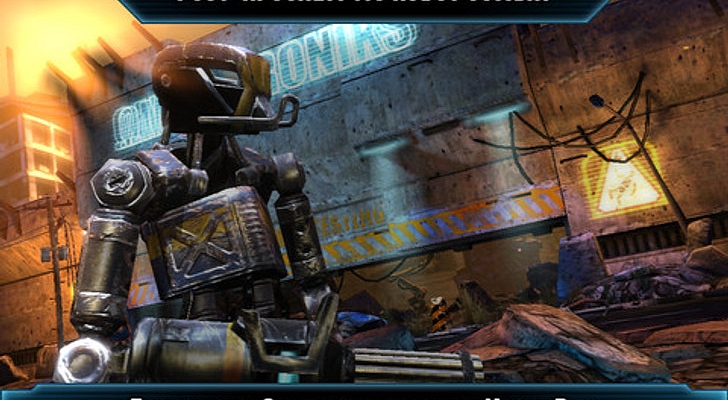 I’ve saved what might just be the best for last. Ep0ch: Post-Apocalyptic Robot Combat by Uppercut Games is a fast paced cover and shoot game with design elements that remind me of Mass Effect and related games. You play a Guardian; a combat droid equipped with a main gun, micro-guided missiles, hand grenades, jump jets and an interface booster that briefly slows down time like in Black and Max Payne. As the story begins, you reboot to find yourself in a post apocalyptic city. Other robots are trying to prevent you from getting to a princess as per some previously issued command.. You have to fight and find out what happened to the world. Graphically the game is absolutely gorgeous.

The style and overall feel of this game are in fact so good that I thought the video I saw before I downloaded it was for a Playstation 2 release I never knew about. For phones and tablets- thats pretty state of the art. All that and a battle arena and leader boards and I might never stop playing it. The backgrounds are richly textured and drearily post-apocalyptic. The robots themselves are highly detailed with upgradable components and move like greased DEST agents.

Android Market- No BattleTech in sight yet but luckily there’s plenty of robostruction to be had until it happens.