One of my themes in looking for interesting things to write about here is ingenuity and innovation. That said, I REALLY wish I had the skills of some of the guys building their own custom simpits. Simpits are fully enclosed cockpits dedicated to a full immersion into a simulation like games. Most likely first started by Microsoft Flight Simulator gurus, simpits aren’t exactly mainstream if for no other reason than it takes a lot of spare time to design and construct one.

I was an Airman in the Civil Air Patrol as a lad, and though MFS was a requirement to master in the Squadron, I would have been much more interested if I had something like you’ll see here today. I might have even gone on to get my Sport Flight License. Here is what happens when you apply the simpit doctrine to BattleTech:

The popularity of homebrew simpits for both flight sims and Mechwarrior games IS growing however; with dedicated websites and do-it-yourself videos on youtube for enthusiasts and even flight students looking for extra training. The only limit is your own ability. Let’s take a look at a couple of BattleTech-themed cockpits.

NightlyReaper likes the Panther battlemech. A lot. So much so, in fact that he built a simpit that is both functional and immersive on the inside and actually looks like the head of a PNT-9. 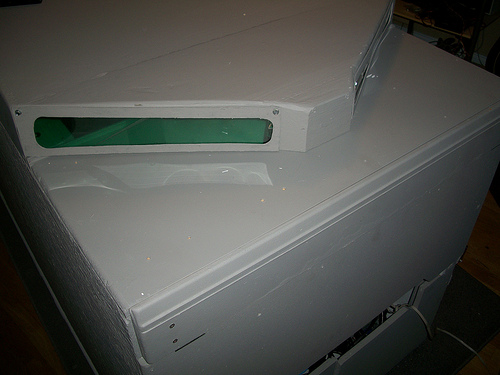 Inside most of the peripheral controls are hand made and non-functional but of note are the control sticks. Some of you may recognize it as a SteelBattalion Xbox control console that he integrated into his simpit PC. Apparently they are compatible and he has assured me that those gargantuan control consoles are available, if several years out of production. He states on MWOmercs that he spent less than $60, most of the components scavanged from other things.

Choowy’s ‘pit looks more like the Firestorm-wielding Virtual World Tesla II simpods, but is based on the Maddog. 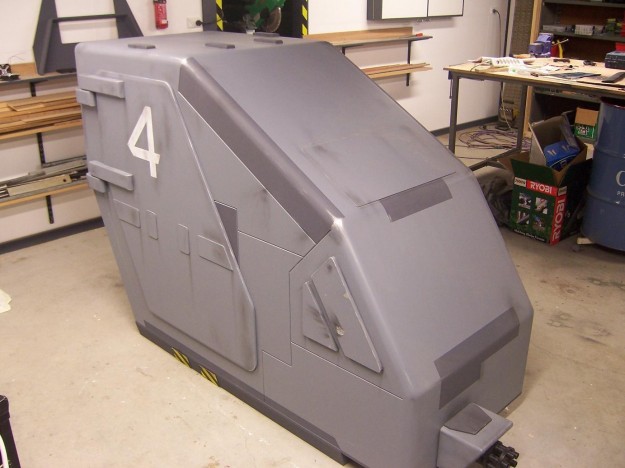 Made of common home construction materials like wall studs and plywood, these cockpits obviously don’t have nine points of armor; heck they won’t even stop small arms fire, but they don’t weigh three tons either. A lot of effort went into the exterior of this cockpit, a handsome addition to either training cadre or mancave.

Inside, Choowy built his own replica ACES ejection seat; presumably being unable to find or afford his own. He even fabricated his own electronic instruments and controls; torso display, targeting controls, coolant control system, ect. Its extensive and if its not more complicated and realistic than the Tesla IIs, it’s darned close. 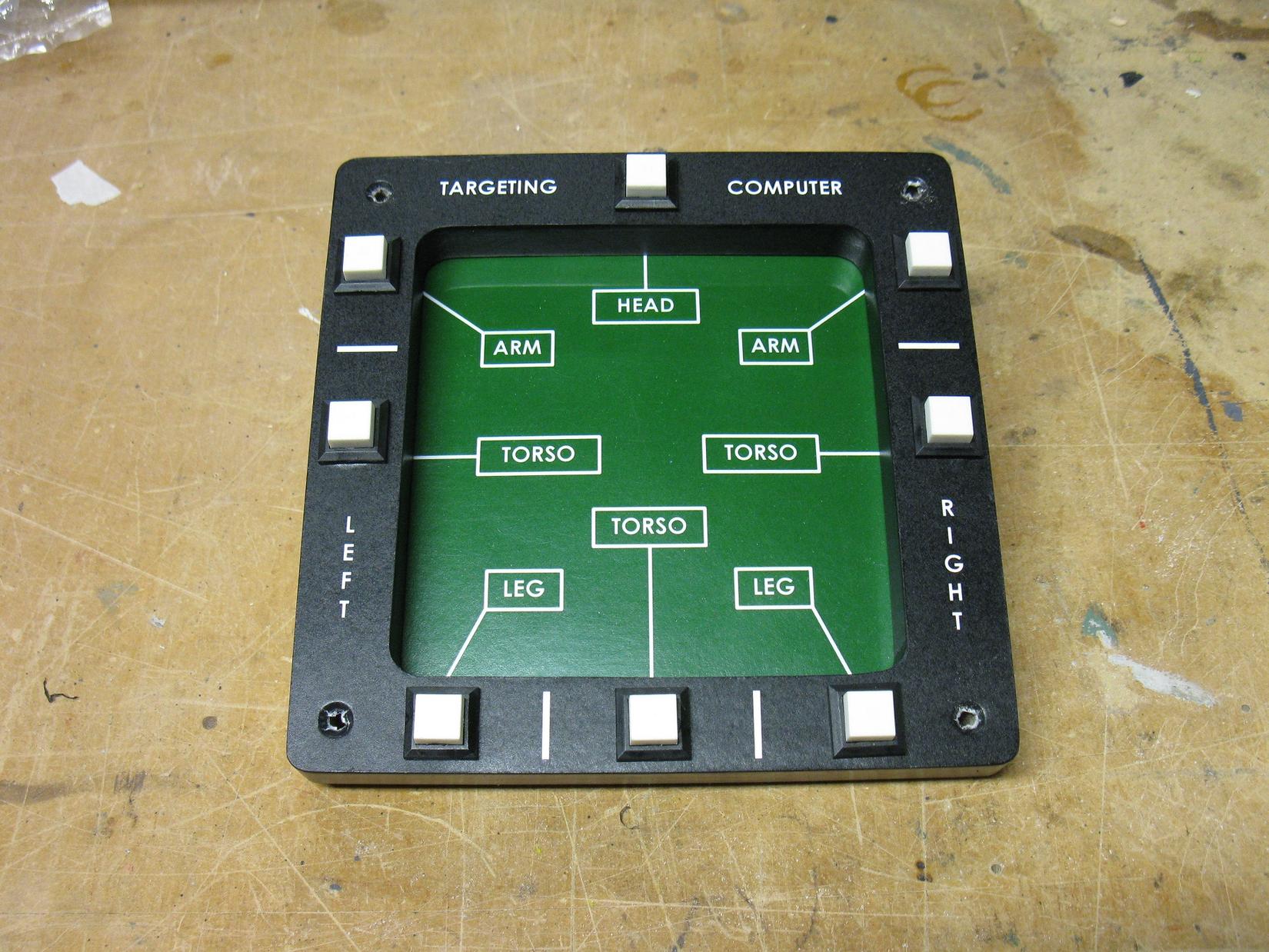 On the MechWarrior Online site alone there are at least half a dozen threads on someone building a pit. And each one looks a bit different, whether due to time or material constraints and how much effort one wishes to impart on one of these things. Some have air venting. Some even have access hatches with sliding seats to allow ingress and egress into the tight confines of the cockpit. One thing I’ve noticed, however. If you’re clever and not shy around tools you can get away with a lot. Repete based his Hunchback-themed ‘pit on an exercise bike.

You can spend weeks watching all the how-to and review videos on youtube, far more time than even I could spend (even if I had a PC that could even run MWO) gawking. If you’re in need of a hobby, love simulation games, (have an understanding significant other) and are just nerdy enough to do it- well I would love to hear just how more into the game one gets. Does it affect gameplay? Has your boot-to-rear ratio gone up? All they need is to build an actual milspec neurohelmet and they could film MechWarrior the movie. Way better than the surplus helicopter helmets used for the MechWarrior IV and Dave School Age of Destruction student film. 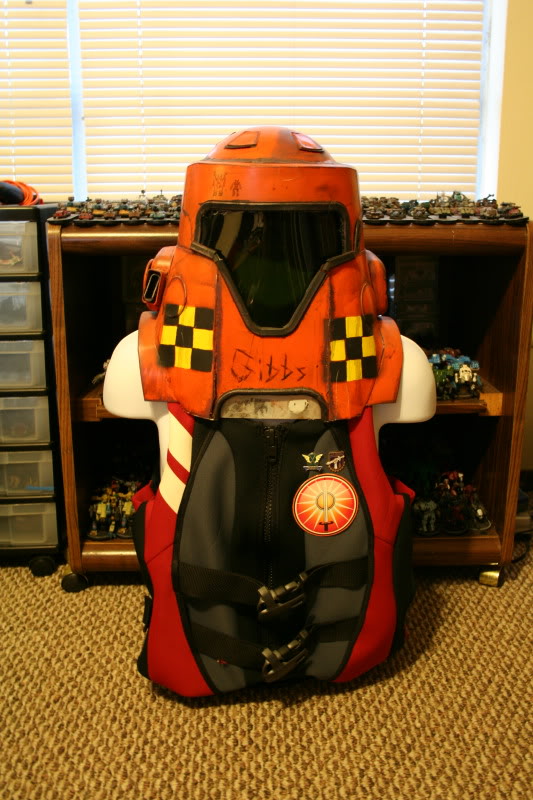 I stand corrected. Apparently its been done…

Meanwhile, I’m still playing my old copy of MWIV Mercs listening to Duncan Fisher talk about ‘the old days’. Join me next time, where I interview Nightly Reaper; one of the talented Simpit builders I featured here.