Hey everyone. This time I have an interview with John Nguyen, once of Heavy Gear’s Dream Pod 9 and now Vice President of Stompybot; publisher of developer MekTek‘s new project: Heavy Gear Arena.

Ron: I last saw an update on Heavy Gear Assault in a video last year from the 2013 Game Developer’s Conference where a demo version of the game could be played. What’s changed between then and the new alpha test about to launch?

John: We’ve come a very long way since GDC 2013. Back then, we unveiled a very early prototype of our game running in Unreal Engine 4. This was a feat in and of itself because the engine was still evolving. Since then, the engine has gone through a number of updates. We have continued to polish our core game mechanics and implemented key features such as internal skeletons to the Gears that can be damaged independently, the Gear’s unique movement systems as well as general combat mechanics.

Ron: I take it you mean the Secondary Movement System (motorized wheels or treads in the Gear’s footpads used for high speed movement over flat terrain). What’s involved with the Alpha test? 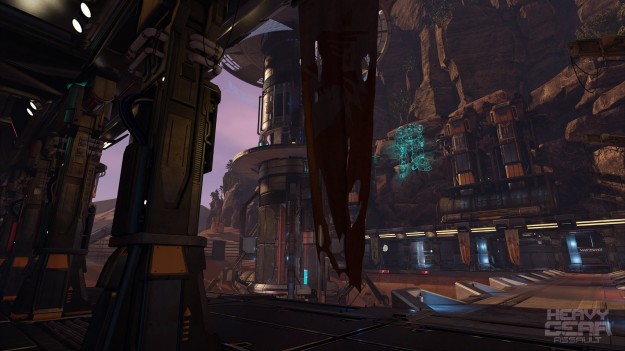 John: As we get ready to move to alpha and early access, we want our community of supporters to play a crucial role in the development of Heavy Gear Assault. Early access pass holders will be in direct contact with our developers via our private forum during the entire evaluation period. The goal is to fine tune and expand the fundamental game features through incremental releases of modules. The first module is the combat module which, as the name implies, focuses on Gear-on -Gear combat. Supporters can expect to pilot Gears and test their mettle against other players.

Ron: My previous experience with MekTek has been pretty amazing. But until now only featuring products like Assault Tech and MechWarrior IV Mercenaries. To my knowledge this is MekTek’s first totally scratch built game. Has the process been easier or more difficult?

John: Heavy Gear is rich in both lore and history. There are over 70 official source books describing the world. We are working within this framework to focus our creativity and talent to deliver a game experience that lives up to the Heavy Gear name. Although it is challenging to always stay true to the official lore, we find the lack of previous assets an exhilarating experience as we have the freedom to create and expand on the existing franchise.

Ron: After so many entries for the BattleTech universe, how did everyone get involved with the Heavy Gear franchise? Do you have a preference?

John: We have always been fans of giant robots. All kinds of robots. Heavy Gear offered us the opportunity to go outside of our comfort zone and apply our talents and skills to a different genre of giant robots. Both BattleTech and Heavy Gear have a long history in the pen and paper RPG world as well as the tabletop world. 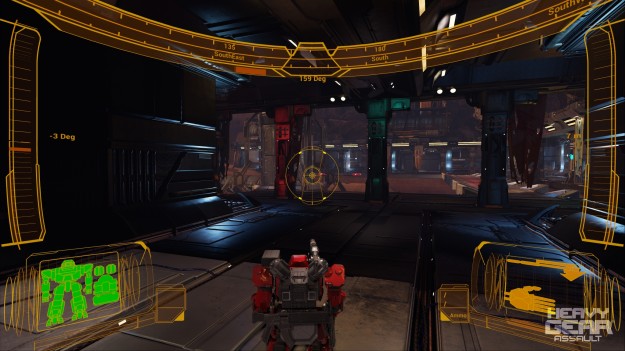 As any hardcore fan of the mech genre knows, it’s all about the richness and depth of the lore that really brings the game to life. Dream Pod 9 has done an especially phenomenal job at detailing the mechanical workings of its Gears in technical drawings as well as the lore of Terra Nova in the various Heavy Gear source books.

With a resurgence of the mech genre in video games and movies, we felt the time was right to bring Heavy Gear back to the PC.

Ron: Appetites have definitely been whetted. The focus in HGA last year was in arena combat. Is that still the case? If so what kind of sports-related provisions can you see being offered? (Real or virtual competitor sponsorships, Duncan Fisher style commentary, trophies, leagues, cheerleaders, etc)

John: Arena dueling is big business in the lore of Heavy Gear. Professional sports team and leagues battle for supremacy all over the planet of Terra Nova. We want to bring that fast-paced and competitive experience to our players. Heavy Gear Assault players will be able to create their own dueling profiles complete with stats. They will be able to follow other player’s careers and even live stream their matches.

We are tying in important e-sports elements into the main features of HGA. This includes organized ladders and leagues as well as regional tournaments that feed into each other, and winning actual fame and reputation for the player skillful enough to make it on top.

Ron: Like Solaris 7, whose fanbase I always likened to a mix between Stock car racing and Boxing.

John: The pomp and pageantry of any pro-sports scene will be part and parcel of the gaming experience.  Although we can neither confirm nor deny the return of Duncan Fisher, you can rest assured that all the action will be covered on your local trideo network.

Ron: Are there any plans for a single or multiplayer add-on later that focuses on the war between the Northern and Southern blocs and the Badlanders?

John: We have already announced a series of single player episodes focusing on various conflict in Heavy Gear’s blood soaked history. The first episode we have planned will take place during the War of the Alliance, when forces of the long lost Earth suddenly reappear after centuries to invade Terra Nova. The Confederated Northern City-States and the Allied Southern Territories; hated enemies, must set aside their blood feuds to repulse the Terran invaders. It will be up to you to determine if Terra Nova has the grit and Gears to stop the onslaught of Terran high-tech hovertanks and genetically engineered soldiers!

Players will experience these harrowing tales as told by grizzled war veterans now turned dueling coach. We are considering implementing a co-op mode for these episodes, but that announcement is not yet final.

Ron: As great as arena combat is, I’m glad to see some focus on the war. Will any part of the rivalries between the planet’s factions be prominent within the arena itself?

John: The various rivalries and cultural innuendos of the various leagues will be carefully woven into Heavy Gear Assault to bring the richness of the HG universe to life like never before. Players will be able to choose their origins and color their game experience accordingly. Are you a pious citizen of the Norlight Confederacy and a devout follower of Revisionism, a member of the protector caste in the Humanist Alliance or perhaps an independent and free Badlander? 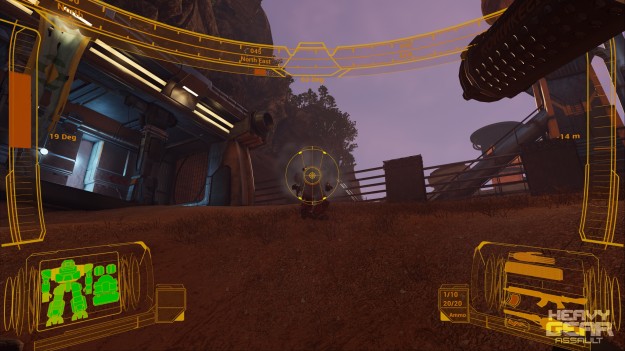 Unlike ‘mechs, ‘Gears are smaller and move much more human-like. Expect more of a FPS experience.

Ron: Is Gear customization going to be as prevalent than say, MW Mercs? I think I spend more time in the mechlab than actually playing the game.

John: Gear customization is a core component of our game design. Players will be able to micromanage the fine tuning of their machines to suit their playing style. Whether its long-range combat, melee combat, speed or armor, players will be able to balance their Gear’s systems to meet any tactic and preference. Weapons, armor, engines, and other core systems as well as cosmetic items will all be customizable.

Ron: MechWarrior IV, and even the Mektek exclusive ‘mechs of Mercs had very distinct versions of the canon ‘mechs featured. Is there any similar design tweaks in store for Dream Pod 9’s Gears?

John: Heavy Gear Assault features Gears that have been re-engineered for Unreal Engine 4. Many of these updates are for practical reasons such as animation but also bring a more modern look to Heavy Gear. Our re-engineering process of the Dream Pod 9 designs is careful to maintain the mechanical lore behind the original universe as well as the key feature that makes each Gear design unique.

Things we consider when designing each Gear include: the Gear’s military role, service history, and the design philosophy that Dream Pod 9 has lovingly written. We want to maintain the spirit of Heavy Gear while giving it a fresh new look.

On the note of MechWarrior IV, the Deimos, our own design was canonized into the official lore, so who knows where our take of Heavy Gear will lead.

Ron: I have not played MechWarrior:Online, but its a safe bet that both Mektek and Piranha Games will end up sharing a fanbase. Do you see any rivalries opening up?

John: We believe that there is room for all mech games. If it weren’t for MWO, Titanfall or Hawken, there wouldn’t be a revival of interest in mech games. The more interest there is in the genre, the better it is for everyone involved.

Ron: I can’t argue with that. Thanks for your time John, and I’m looking forward to seeing much more from Heavy Gear Arena.