Hang on your neurohelmets, BattleTech fans, because we’ve got a veritable bonanza of info for you to sink your into.

In an impromptu Q&A over on the Catalyst Games BattleTech forums, lead developer Brent Evans has answered burning questions on the future of the franchise. Before we get into the nitty-gritty, huge thanks to Dragon over at Aries Games And Miniatures for posting these questions last June, and thanks to Evans for actually getting around to responding. Better late than never, right? 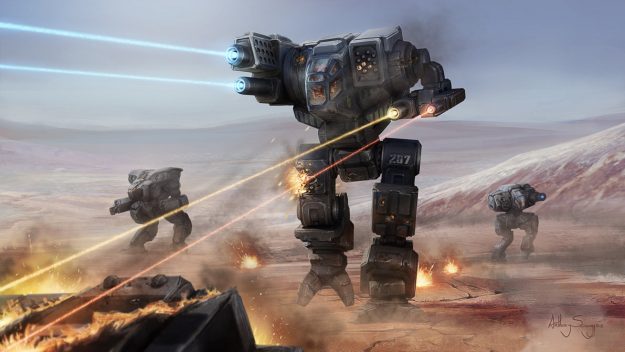 To start, the big question of what’s going to happen politically with the entire BattleTech universe is not actually something that Evans can answer directly. As lead developer, Evans and his team are currently working on a larger metaplot that “will endure for the next generation of the game”, but the details remain fluid. The reason for this is that the BattleTech fiction is being driven by Catalyst‘s writers rather than the product developers.

The creative process at Catalyst is somewhat extreme. In Evans’ own words: “I’m no writer… more a Creative Director. I grab the best team members, throw ’em together with some direction, gas and matches, and then shake. Prior to GenCon I recruited the team, locked them in a room at GenCon, and since then I’ve been beating them with sticks to forge stories worthy of BattleTech.”

One of the biggest questions on everyone’s mind is the release of IlClan, the source book that would see the end of the Dark Age era of BattleTech and the beginning of a new era where the Clans have rallied behind a new leader and have begun a new drive to retake Terra from the Republic of the Sphere. Evans has now promised that IlClan will be the driving force for the next release of fiction, which will include sourcebooks and novels. 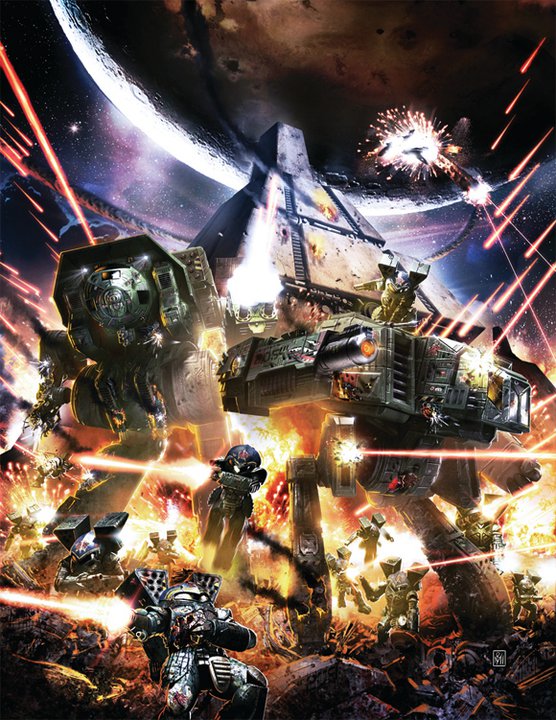 As for what events may transpire, he’s promised upheaval among the Clans as well as Inner Sphere Houses, and that “sh** will definitely hit fans.”

While the new fiction direction will certainly please fans of the series, there’s a renewed push to bring in new players to BattleTech with the release of “box sets and support products that serve as gateway products into the game.”  There will be two new box sets: one Game of Armored Combat and one Beginner’s Set, the details of which were released at GenCon.

The big news out of the way, let’s hit the small stuff.

Evans was asked a ton of questions, not all of which can be reported on here (although they’re all good, and you can read the whole Q&A here). However, there are a few points that we felt should be shared as far and wide as possible.

First, there are redesigns of the Valkyrie and Wasp in the works. The current lawsuit with Harmony Gold has unfortunately put a kibosh on their release until the legal dust settles. Evans did say “that the redesigns on these were AWESOME and we went to great lengths to change/overhaul these units so they didn’t share any details with the Unseen.”

Evans was also asked to prove his BattleTech chops, to which he responded, “I’ve read every piece of fiction – many of them many times.  I consider TROs to be ‘light bathroom reading material.'” And what he’d love to see in BattleTech? “I want to see a story that tells the full story of the Black Thorns (which were unintentionally killed off camera) AND I want to see a rebirth of the Gray Death Legion.”

Many of us will be happy to know that Dark Age is finally getting the ax, but a few questions will be answered before it goes. One of the bigger ones will be who exactly took down the HPG Network, however Evans did say we may never know the answer to why or who sought to gain from it.

Tragically, there will be no novels released in 2018 concerning the Homeworld Clans during the Wars of Reaving. That period seems ripe with potential stories, but we’ll just have to be satisfied with hearing about things second-hand from the novels set to be released during the IlClan era.

And finally, we received a bit of an explanation as to why 2017 has fallen a bit short of its promise when it came to the IlClan:

“When it was clear we needed to overhaul ilClan and redesign the whole BT plot and product line, it put a hold on lots of products large & small because they were going to one direction and we were taking the IP in another. What you ask about is just the price paid for abandoning a failing plan and forging a new one. Once ilClan comes out you’ll see a steady flow of product once again.”

This is great news for fans of the series, and great news for BattleTech in general. We here at Sarna can’t wait to see what 2018 will bring to our most beloved universe of giant stompy robots.