Hi everyone. Pull up a chair, take a sit, grab a cup of hot cocoa. I want us to have a frank, honest discussion about MechWarrior: Dark Age.

Now, I know that Dark Age wasn’t particularly well received by the BattleTech faithful. There are plenty of good reasons for that–the complete sidelining of all the major houses, the inability for anybody to communicate due to the HPG blackout, and ‘Mech stats that didn’t even bother to follow the classic ‘Mech construction rules are all valid complaints. Even for me, as someone who arrived at BattleTech a little later on, thought that Dark Age represented a franchise reboot that pissed all over the original game’s charms.

I mean, who wants to field an army of modified AgroMechs and unarmored infantry? Nobody, that’s who. A glorified farmer in a chainsaw-wielding tractor with legs is nobody’s idea of a sound military strategy. 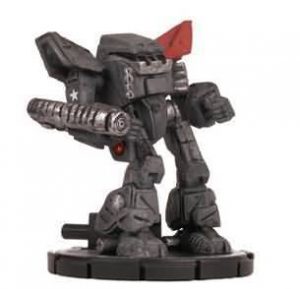 courtesy of Troll and Toad

But I don’t want us to just spend an hour bashing Dark Age and blaming them for BattleTech’s relative obscurity in this era of increasing tabletop gaming interest (I think that has more to do with the complicated web of licenses and ownership of the original IP). There were real, genuine merits to MechWarrior: Dark Age.

First, there were the models themselves. I know plenty of people love painstakingly painting their own figures and even customizing them into miniature pieces of art, but man, I don’t have that kind of time! Being able to get a fully-painted and even slightly opposable figure straight out of the box was actually pretty cool, if I do say so myself, and they weren’t half bad! Sure, sometimes the arms fell off at the slightest provocation, but they were intricate, fully-painted models that look good for zero effort. I call that a win.

And the Clix system wasn’t half bad either. Let’s be real: BattleTech’s rules are a wee bit on the complicated side, as my 300-plus page tome of Total Warfare can attest (I had university textbooks that were smaller–just sayin’). Simplifying everything down to “damage equals clicks”, and having your ‘Mech’s or tank’s (or whatever) stats modified to represent battle damage with every click was actually a really clever way of making combat easier to keep track of.

Admittedly, using a tape-measure for movement a la Warhammer 40K made the rules slightly more complicated, but it also meant that Dark Age could be played anywhere and even household objects could be repurposed as ad hoc terrain. Empty bottle cans became buildings, moldy pizza boxes became swamps, and that bit of carpet where your dog threw-up became a toxic waste zone.

For some reason, my miniature battles were usually fought in some pretty rank areas. 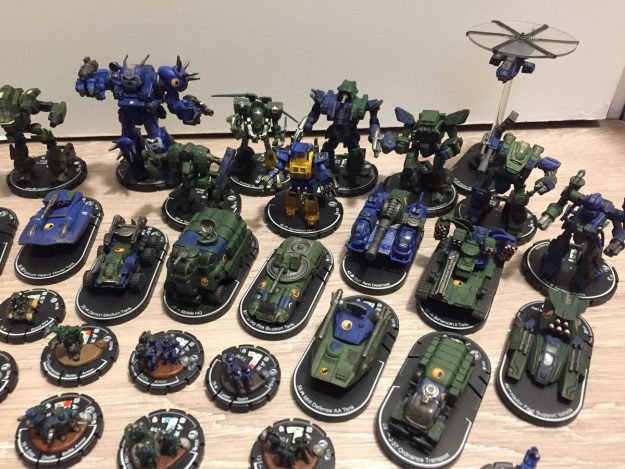 I even appreciate the random “loot box” nature of buying most MechWarrior: Dark Age boxes. It was a lot like buying Magic: The Gathering cards, which was another pastime that I genuinely enjoyed. And even if you don’t like that aspect, the age of the internet has made purchasing specific figures in Dark Age or any other collectible game easier than ever–just go on eBay and you’ll probably find what you’re after. 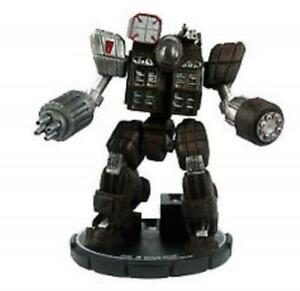 Anyways, my point is that Dark Age gets a lot of flack, and while a lot of is deserved, it’s important to understand that it wasn’t all bad. There were some truly innovative of fun aspects of Dark Age, and I kinda wish that some of those aspects could be incorporated into the original tabletop game. But no AgroMechs, please. Those were stupid.

Also, I’m selling my old Dark Age collection. It’s spring, I haven’t touched the things in years, and I suspect wherever I wind up next won’t have the storage space for me to keep these plastic bins as monuments to my childhood. So they gotta go.

Details are on the eBay listing. Yes, this is a shameless use of a pulpit for my personal benefit, but someone else should be able to get some joy from these toys so they don’t just languish in my basement. That and it’s tax season and Canadian taxes are no freakin’ joke!

And if that ultimately means my old collection gets chopped up to be used as props in someone else’s custom miniature scene because Dark Age is stupid and everybody hates it, that’s fine with me.