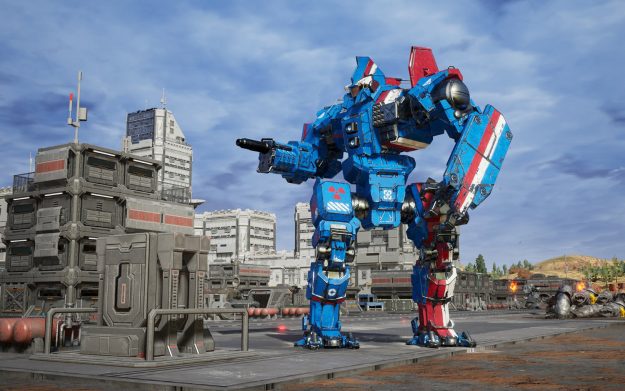 Alright kiddies. Let’s talk about MechWarrior 5. I know some of you hate this iteration of MechWarrior with a fiery passion that has inflamed the comments section from time to rime, and those comments are for the most part valid. MechWarrior 5 is, admittedly, a flawed game, but mods fix many of those flaws, and I’ve been having a blast on my most recent playthrough. We’re going to talk about some of those mods today.

However, SOME of the comments that I’ve culled from posting have been a little bit… let’s call them “heated.” We’re all entitled to our opinions, but we’re not entitled to declare a holy war on anyone. So, keep the personal attacks to a minimum as we explore the wonderful world of MechWarrior 5: Mercenaries mods!

I’ve recently picked up MechWarrior 5 again after putting the game down relatively soon after it launched late last year. I admit, the initial shine of the first new MechWarrior game in years was enough to get me to overlook some of the game’s flaws. Yes, the actual core combat portion of the game felt better than any other MechWarrior to come before (at least to me), but the more you play, the more you find things that really should be fixed.

Knowing that mod support was a core feature for MechWarrior 5, I decided to sit down and wait for mods to take care of all those rough edges. While there’s still plenty of roughness yet to smooth out in MechWarrior 5 (and a pending update will hopefully do just that), I wanted to share with you the package of mods that I’ve personally installed, and what mods that I hope the community will make in the future. Who knows? Maybe we’ll change a few minds today.

The Mods I Use 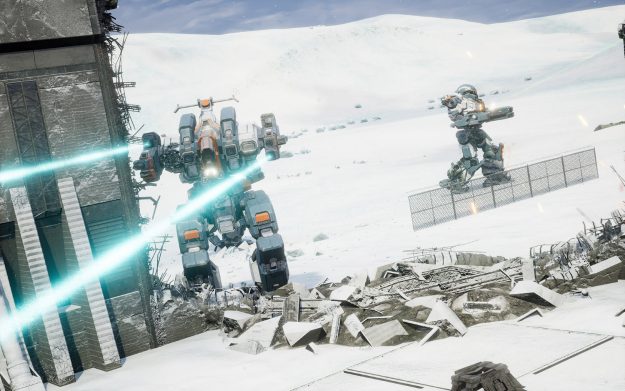 First off, shout-out to Byte_Knight117 for making a giant list of mods every MechWarrior should consider for MechWarrior 5. I’m not using all of them, but I am using some, and there are many others on this list that folks should consider such as MercTech and MW5 Mercs Reloaded.

In general, my philosophy when it comes to mods is to try and keep the core experience as much as possible but fix everything that annoyed me. And before any of you naysayers start your naysaying, yes, even I found a lot to dislike in MechWarrior 5. But hey, mods fix it. Feel free to discuss the role mods should play in a game’s development in the comments below.

I also tried to use mods that were officially supported through the Epic Games Store as much as possible. Since Epic now makes downloading and installing mods easy for MechWarrior 5 while also keeping those mods updated, this drastically cuts down on the amount of work needed to get MechWarrior 5 up and running. The mods I’ve downloaded from Nexus Mods are relatively small and therefore easy to install, so they weren’t too much effort even for the non-technically inclined.

As I said before, both MercTech and Mercs Reloaded are not on this list. I certainly recommend them both for ‘Mech fans looking for a new experience and to expand MechWarrior 5’s extremely limited ‘Mech customization, but I wanted to go without that. While ‘Mech customization is and always has been a core feature of BattleTech, I’ve always felt that sort of thing wouldn’t necessarily be available to a poor mercenary unit. Simple swaps like removing a small laser for more armor could be done in a Leopard’s ‘Mechbay, but an engine swap or tossing out an AC/5 for a PPC would require specialized equipment only found planet-side–at least, in my personal view of this fictional universe.

That’s not to say that MercTech and Mercs Reloaded don’t have lots more to offer than ‘Mech customization and equipment, though. Both are feature-packed and vastly expand upon MechWarrior 5 in more ways than I can go into here.

But anyway, without further adieu, here’s what mods got going on for my personal MechWarrior 5 experience. 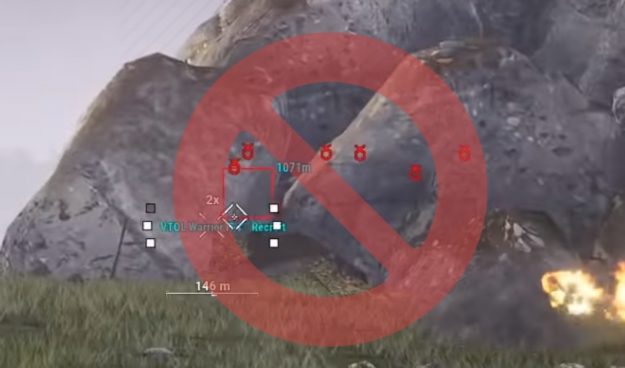 This mod is easily the most important one. Much of MechWarrior 5‘s randomly generated missions will turn into a battle of attrition as more and more enemy units just keep spawning from thin air. This mod fixes that, toning down the number of enemies spawned and making them show up from DropShips rather than nowhere. It changes the tone of MechWarrior 5 to be less like a frantic rogue-lite and more like previous MechWarrior games, and I consider it an essential addition.

There’s a well-known bug in vanilla MechWarrior 5 that has to do with the way the game fails to clear memory used for weapons fire and other sound effects. On longer missions, this will cause increasing performance loss and possibly even a full lockup on older machines. This will be fixed in the next patch, according to PGI, but in the meantime, this is another essential mod.

Another noted bug is that enemy ‘Mechs never update to use newer-model ‘Mechs over time. This will also be fixed in the upcoming patch, but why wait? This mod fixes that bug right now. 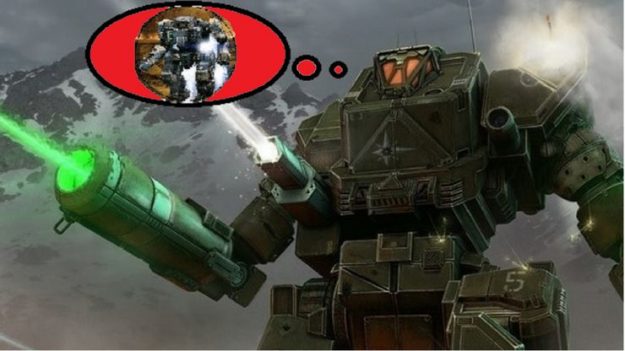 The AI in MechWarrior 5 can be truly atrocious at times. This mod makes your lancemates stop running through buildings you’re required to protect while also giving enemy ‘Mechs behaviors beyond suicide-charging straight at the player.

Frankly, the JumpShip animations weren’t all that great to begin with and they can really slow down MechWarrior 5‘s overall pacing. Best to be rid of them. This mod leaves you with the much shorter animation of your Leopard in flight but gets rid of the parts with the Invader-class JumpShip.

I like crunchy guitars as much as the next guy, but it seems like MechWarrior 5 has maybe six songs total and they all kinda sound the same. It gets old fast. This mod replaces the soundtrack with remixed and remastered versions of songs from MechWarrior 2: Mercenaries, and I gotta say, it’s a huge improvement. The mod even changes songs depending on the in-game action.

I really liked seeing this mod in action, so I grabbed it for myself. Not that I have anything against the traditional MechWarrior Online layout, but the 3D Hud mod makes MechWarrior 5 seem like a brand new game. Plus it looks cool and has an advanced zoom for sniping. 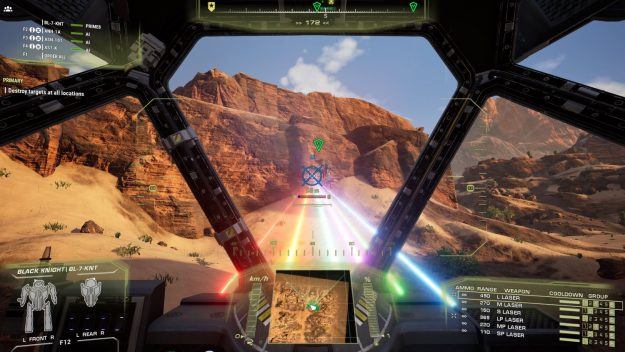 Rain looks more like rain, snow looks more like snow, and fog occasionally gets so dense that you’re forced to fly by instruments. I like this mod, and I think you will too. 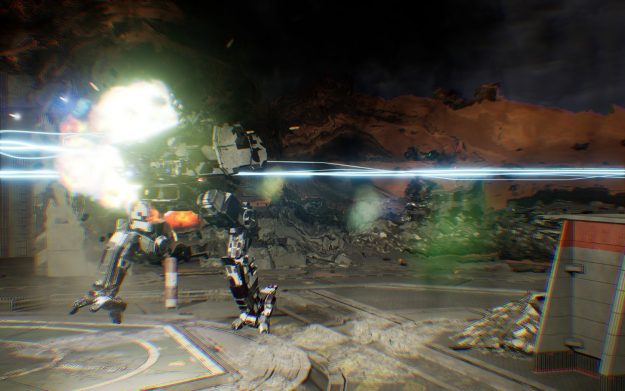 For whatever reason, PGI thought that if a ‘Mech’s leg gets destroyed, this should cause them to limp for a few seconds and then get up and run away as though nothing happened. This was probably a gameplay decision based on how being legged would make a co-op teammate take forever to reach the objective. I understand that logic, and I disagree with it 100%. This mod keeps a legged ‘Mech limping forever, just as the BattleTech gods intended.

The in-game portraits are fine, but I always felt like they needed a little something extra so they weren’t just pictures popping up on-screen. This makes pilot portraits feel more like they’re actual broadcasts thanks to a bit of distortion animation and brings MechWarrior 5 in line with contemporary games that make use of the same feature.

The Mods I Wish Existed But Don’t… Yet 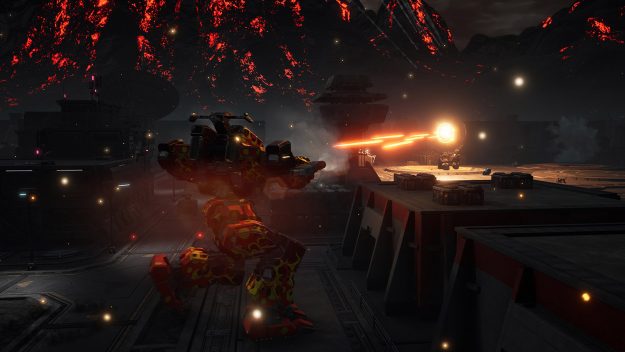 Now let’s get to the mods I wish existed. These are fixes that I feel MechWarrior 5 desperately needs. We might see some of these fixed in the upcoming patch, but I haven’t specifically heard them being mentioned, so I’m begging you modders to get on these quick!

I gotta be honest, when I think of jump jets in MechWarrior games, I think of Death from Above and jumping from mesas into gorges to duel a Masakari to the death. Jump jets in MechWarrior 5 do virtually nothing–they just let you hover in place for a little while and maybe prevent some leg damage if you accidentally fall into the previously-mentioned gorge. I think this might be a bug because I occasionally find myself leaping into the air as one would expect, but most often it’s just a useless hover 3 feet off the ground. The game desperately needs a mod to give jump jets some actual functionality.

Ryana is okay, as are some of the random NPCs, but I cringe openly whenever Fahad or Commander Mason opens their big dumb mouths. Someone, please, save me from their nattering!

On a related note… 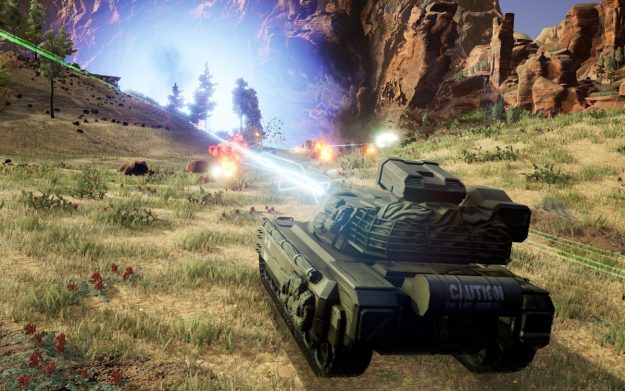 This will likely make more sense with the new campaign options that are coming in the next patch, but it’d be great if we could play as ourselves rather than this Commander Mason guy. He’s not really all that important as a character if we’re being honest, and something like Harebrained’s BATTLETECH would be a vast improvement. I’m even fine with the protagonist going back to being completely silent just so long as we can play as something other than a huge dudebro.

Pretty much all the NPCs in MechWarrior 5 stand around like mute mannequins until you go up and talk to them. It’s embarrassing that a game in 2020 still takes the same approach to NPCs that Half-Life did back in 2001. Ryana and Fahad should be doing stuff. How hard can it be to have Ryana tapping on a keyboard of Fahad to be using a laser torch on some ‘Mech armor? Get these NPCs moving!

This is another personal peeve of mine. Why would I slowly crawl to wherever it is I’m going on the Leopard when I could actually get there sometime this century? I shouldn’t have to hold down the damn Shift key all the time! Just make running the default movement in first-person mode! 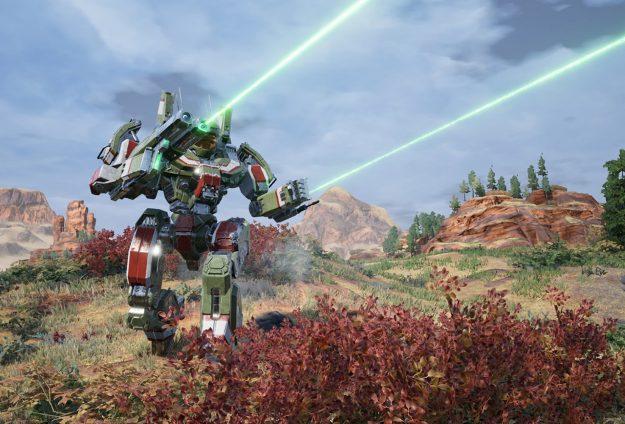 I’m pretty sure I’m not the first person to think of this, and if I’m stealing your idea, I apologize and give you full credit.

So you know how BattleMechs have little design quirks that give them a whole bunch of flavor? Like how the Phoenix Hawk is supposed to have great sensors, and the Centurion is supposed to have ammunition feed problems for that AC/10? It’d be great to add these quirks to the game to give each ‘Mech their own unique flavor. Maybe it’d be tough to program ammo-jams for specific ‘Mechs, but it can’t be that hard to make an “Easy to Repair” ‘Mech cheaper to repair after a mission.

Still no word on when PGI plans to release the next big update along with Heroes of the Inner Sphere, but I’ll be sure to let you know as soon as I do!

10 thoughts on “Let’s Talk About Mods For MechWarrior 5: Mercenaries”