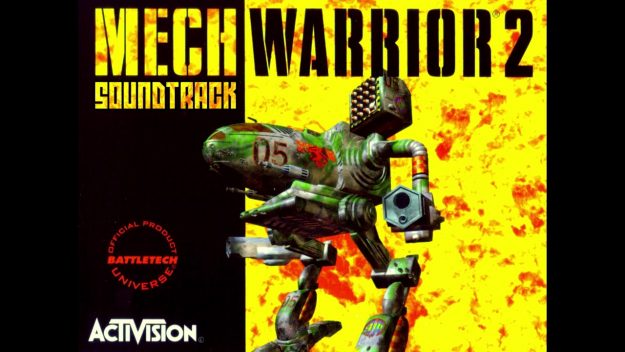 Last week we got into the weeds with MechWarrior 2, but there was one topic that I didn’t get to go nearly as in-depth with as I would have liked. So I’m hitting that topic this week in its own special featurette.

I’m talkin’ about the MechWarrior 2 soundtrack.

As much I loved stomping around in polygonal representations of giant robots armed to the teeth with lasers and PPCs, MechWarrior 2 wouldn’t be half the game it was without that bitchin’ set of tunes guiding me every inch of the way. This was the first game I played that actually had a soundtrack worth mentioning. Sure, there were other games with some great music at the time, but none of them had the polish, the fidelity, or the sheer quality as MechWarrior 2’s soundtrack.

A lot of that quality can be traced back directly to the game’s composer, Jeehun Hwang (with the help of Gregory Alper and Kelly Walker Rogers, but we’re going to focus on Hwang for this article). This guy has done a ton of work in video games, contributing music to Quake, Heavy Gear, and Battlezone. Amazingly, Hwang’s first ever video game soundtrack was MechWarrior 2, and he hit it out of the park on the first try.

Here’s a refresher in case you might need it:

In an interview with Indie Game Reviewer.com, Hwang recounts how he landed the gig. He first started out as a production assistant at Activision just to make some cash. After moving to Los Angeles, he sold his car and purchased his first synthesizer--a Korg X2 sequencer--and worked on his music career in his spare time.

“At first, I was asked to help with the composer selection process, but then I brought in a few tracks that I’d written for the game on my Korg X2 internal sequencer, and shortly after, I was asked to stay home and write music full time,” Hwang recalls. “I got a lucky break since the game was such a big success, and my music reached a big audience and got a lot of recognition. The rest is history.”

Another interview with SoundOnSound (courtesy of a NeoGAF thread) went into a bit more detail on how that initial interview went. “After I’d written a few songs I took them in and there was this big meeting with everyone, including the head of the company, where first they played all the music the other guy had done and then they played my music. To my surprise, I got a standing ovation!

“I was literally learning as they were paying me,” he continued. “It was the very first time I’d used a computer sequencer: prior to that, I didn’t even know they existed! They also wanted me to score the movies--the intro and outro--so I got an old VCR with timecode and pretty much scored everything in real time and then went back over them. It wasn’t really the conventional way of doing things and it took a long time, but I worked very hard on it.” 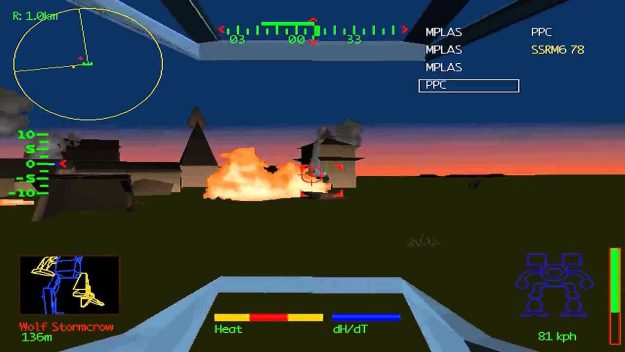 All that hard work paid off. MechWarrior 2 won a slew of awards from gaming publications, and many of them were specifically for Hwang’s incredible music.

It’s hard to pin down a single genre to describe MechWarrior 2’s soundtrack. Parts of it are filled with orchestral grandeur, others with a sort of jungle bongo rhythm, and still others with an electronic futurism that holds up even today.

Besides the music itself, there were a few other things that really made the MechWarrior 2 soundtrack stand out, and the first was the disk it was recorded on. For most games of the era, music was encoded into MIDI files and installed on the computer’s hard drive. Now, I’m not knocking MIDI music, but a lot of early PC game soundtracks were just plain bad and it had a lot to do with the fact that MIDI music files were designed to be as small as possible. There just wasn’t a lot of physical memory available for more complex sounds, and it showed.

MechWarrior 2 did things differently. The game’s soundtrack was actually encoded directly onto the game disc itself using a relatively new technology called Compact Disc Digital Audio (CDDA or CD-DA), also known simply as Red Book Audio CD. The technology was essentially just a set of standards used to encode music onto the digital compact disc format. It had been used for years in the music industry so that Sony Walkmans could navigate from one track to the next, but it was still relatively new to PC gaming in 1995. 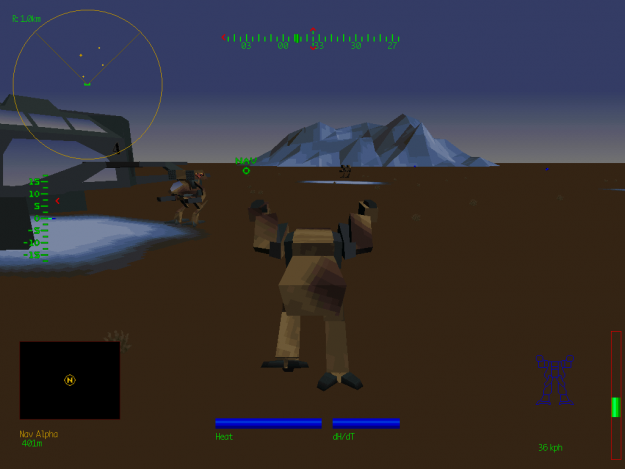 MechWarrior 2 was one of the first games in the world to use this format to encode its soundtrack. This meant that the PC’s sound card would read the disk and play the disc’s music while the rest of the computer concerned itself with running the game. It also meant you could take MechWarrior 2’s disc, put it in a regular old CD player, and listen to the soundtrack wherever and whenever you wanted.

It was also one of the few ways to listen to MechWarrior 2’s entire soundtrack. A bug in earlier versions of the game caused certain songs to never play for the mission they were intended and instead repeated the tracks from other missions.

The one person I’d like to mention is Timothy Seals, an Australian artist who took eight songs from MechWarrior 2 and remixed them into something that’s both very modern and very awesome. His album is called New Dawn, which you can listen to and download for free on his Bandcamp site (although as a “pay what you want” download, he’d certainly appreciate it if you’d toss him a few bucks).

These are some very faithful recreations of MechWarrior 2 music using modern software and not some ancient Korg sequencer. I think the kids these days would call it a “cover”, but I’m not a music writer, so I have no idea.

And before I leave you, I just wanted to note how the song Pyre Light has a very special place in my heart. Way back in the day when I was first being introduced to the world of the internet and was suddenly confronted with the necessity of an online handle, I chose “Pyre Light” in honor of MechWarrior 2.

I’ve long since abandoned that name, but the song still hits me in the feels every time I hear it.

5 thoughts on “Let’s Talk About The MechWarrior 2 Soundtrack”