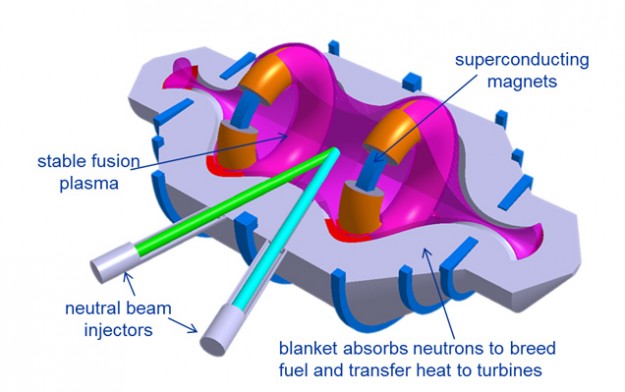 “Our compact fusion concept combines several alternative magnetic confinement approaches, taking the best parts of each, and offers a 90 percent size reduction over previous concepts,” said in an official statement on the Lockheed Martin website.

Naturally, with such a compact power plant compared to the old Soviet Tokamak-style units which were the size of the largest class of fission reactors, the (CFR) Fusion plant is ideal for larger vehicles. This could mean aircraft and submarines that don’t need to refuel, spacecraft with massive acceleration potential, even ‘lightweight, ‘pocket’ generators for powering colonies on the Moon, Mars, and beyond.

This video from the Lockheed Martin website explains a bit of how the new CFR power plant operates and the principle behind nuclear fusion. The problem with the old building-sized tokamak generators is that despite their size they had very little room for plasma generation within the containment vessel. This plasma is several hundred times hotter than the boiling point of steel, and as described in the description page for the BattleTech technology equivalent, requiring a strong magnetic field to keep the plasma contained. Instead of using tubular rings to create this magnetic containment bottle, a series of superconducting electromagnetic coils are used. According to McGuire- “instead of a bike tire expanding into air, we have something more like a tube that expands into an ever-stronger wall.” The brass of it is ten times the power of a tokamak with a ninety percent reduction in unit size. Plus they solve the efficiency issues from previous projects. 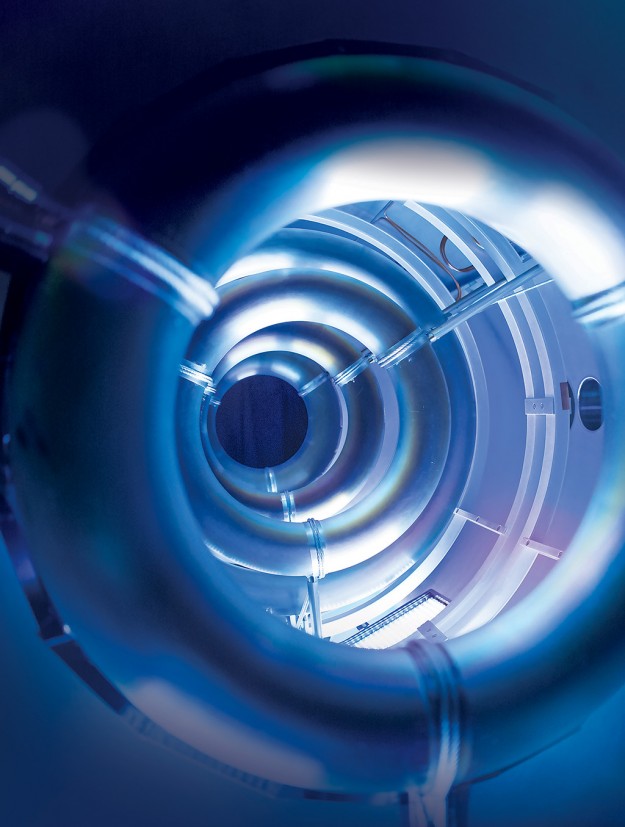 I won’t try to pretend to really know how it works. What matters to me is that it works at all. And more to the point, what it could mean to energy concerns on the planet- and space colonization and exploration beyond Earth. If someone eventually builds a Star Destroyer or a Texas class cruiser with one, well it’s probably inevitable at this point given human nature. We look to be poised to be able to step out among the stars soon-perhaps within the century if we’re lucky. I just hope the good we bring along outweighs the bad,